Distinguished honorees Eklund, Campbell, Hobbs to be recognized at commencement

At this year’s commencement ceremony, in addition to honoring the graduates who will become Forever Buffs, the College of Music will call out the varied legacies of three members of our extended community.

Alumni Alex Campbell (MME ‘60) and William Hobbs (BM ‘90) will receive the Distinguished Alumni Award, while Eklund Opera Program namesake Paul Eklund will he honored with the Distinguished Service Award. Though their backgrounds may be different, each speaker has been affected by music—and has returned the favor by having an effect of his own. 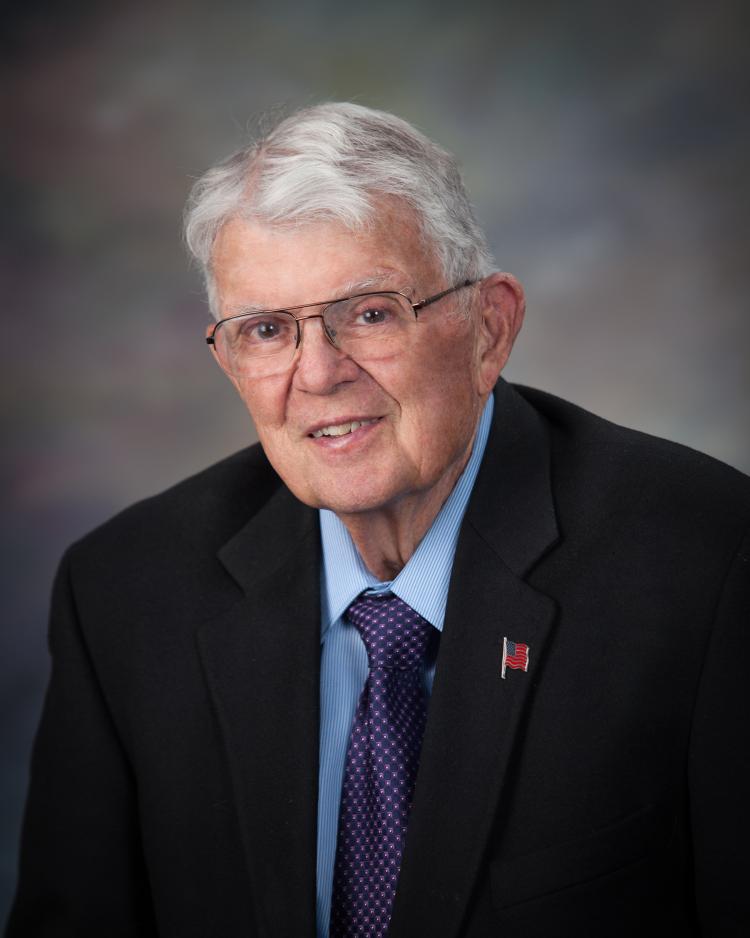 Alex Campbell has been a music educator since the 1950s. The Colorado native grew up in towns all along the Front Range, earning his high school diploma in Cañon City. After graduating from the University of Denver with his bachelor’s degree in music education and spending two years in the military, he returned to Cañon City as music supervisor and director of choirs.

A couple of years later, he enrolled in the Summer MME program at CU Boulder.

“CU has a marvelous summer program. I could keep my job in Cañon City and in the military, and I could learn from great educators like Chuck Byers and Dean Imig.”

After completing graduate studies in 1960, Campbell took a job in Jefferson County Public Schools, first at Alameda High School in Lakewood then as district-wide music coordinator. He stayed there for many years, also serving as president of the Colorado Music Educators Association in the 1970s and as southwest division president of the National Association for Music Education. He also retired as a colonel from the U.S. Army Reserve.

Campbell, who still plays piano and horn for two community bands in Jefferson County, says there’s a reason his life has always revolved around music.

“Music does things for you. It’s important in my life, and I think in a way, in everyone’s.”

As he prepares to return to Boulder for commencement, Campbell is reminded of his favorite part about being a student here: the people.

“I was always inspired to do good by the incredible students and staff here. It’ll be great to be back on campus.”

And the advice he’ll give students as he addresses them next week?

“The main thing is to enjoy what you’re doing.”

Born in Austin, Texas, William Hobbs graduated from the College of Music with a bachelor’s degree in piano performance in 1990. After that, he got a master’s from Eastman School of Music and went on to a successful career as a repetiteur and conductor at many of the world’s major opera houses including the Opéra National de Paris, the Salzburg Festival, San Francisco Opera, Chicago Lyric Opera, Seattle Opera, Washington Opera and the Opéra de Monte-Carlo.

Hobbs has also served on the faculty of the Aspen Opera Theater Center of the Aspen Music Festival, CoOPERAtive at Westminster Choir College and the Juilliard School. He was twice invited to the National Theater of Tokyo as a visiting master coach.

Hobbs is the founder and artistic director of Opera Slavica, which had its debut at Merkin Concert Hall in New York in Summer 2009. 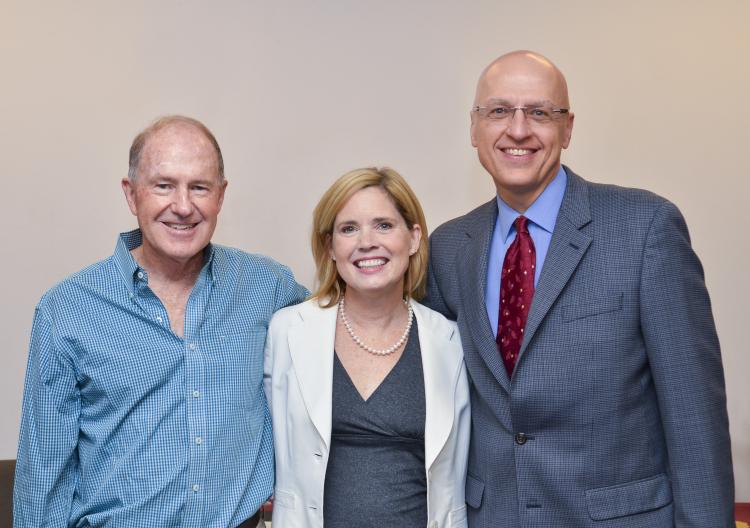 Boulder real estate developer Paul Eklund can point to a number of times when his life was colored by music.

First, as a boy growing up in the San Diego area.

“I took piano lessons and I always liked when my mom played the organ. But the moments I distinctly remember were when my parents would take me to the Starlight Operas when I was 8 or 9—and of course, when the Beatles came around in the 60s.”

Then in college, again music played a formative role.

“I had a girlfriend who really liked the piano, so she inspired me to start playing it again for a while. I also had a discussion with some friends one night about why people like music. We concluded that it was physical—like the rhythm of our hearts was synchronized with the music. That really stuck with me.”

After college, Eklund joined the Navy, where he says once again, the influence of music was felt.

“I was on leave in Salzburg, Austria, and I was chatting with a man in a pub there. He told me that he was a clerk in an office, but his real life was music. His job was secondary. That was inspiring to me.”

And when he moved to Boulder, one final sign.

“I got involved with a meditation group and when we chanted, something happened. My whole awareness elevated because of the music. So I started reading more about how important music is to different faiths, and virtually every religion is somehow associated with music. So I thought, ‘This is universal stuff.’”

All that culminated in 2014, when Eklund helped create a $2 million endowment to name the Eklund Opera Program at the College of Music.

“I’ve never studied music, but it’s always been a part of my life. In particular, I enjoy opera, because it’s so dramatic and you don’t see that kind of emotion expressed every day.”

Eklund says he’s excited to be a part of the momentum at the college, especially as his two passions come together to form the college’s curriculum.

“Business and music have always been so important to me, so I’m excited that there’s an entrepreneurship vein running through the College of Music. You have to educate yourself in business if you’re going to be a successful musician, and it’s exciting that the college is doing that.”

College of Music commencement is Friday, May 12 at 3:30 p.m. in Grusin Music Hall.

Olivia Huizar Conner shares how her background inspires her to promote Diversity, Equity and Inclusion (DEI) in music. END_OF_DOCUMENT_TOKEN_TO_BE_REPLACED

Alumna Annie Booth shares how the College of Music continues to impact her career as an award-winning jazz pianist, band leader, composer/arranger and educator—and offers valuable career advice. END_OF_DOCUMENT_TOKEN_TO_BE_REPLACED
Return to the top of the page