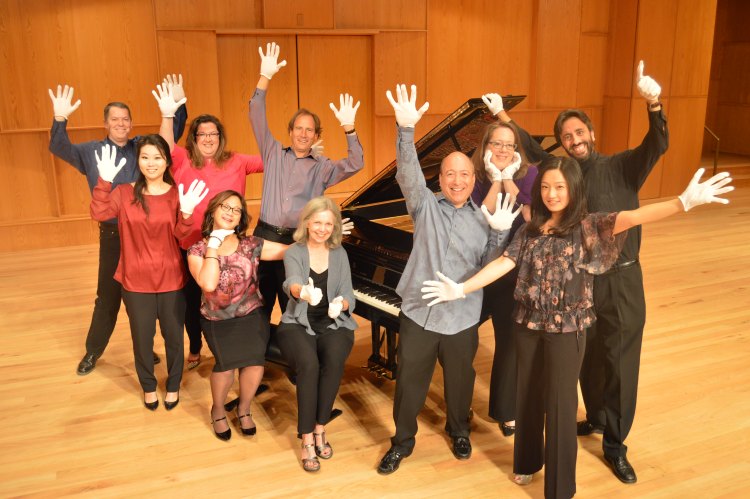 Becky Roser (center, seated) and the keyboard department pose with one of three buffed-up Steinways and the gloves donated by McGuckin Hardware for the White Glove Campaign.

Her beaming smile, joyous demeanor and boundless energy have not only endeared Becky Roser to the College of Music community but has also made her name synonymous with the kind of support and generosity that make a successful career in the arts possible for CU Boulder students.

For five years, the CU Boulder graduate (MA ‘75) has chaired the College of Music Advisory Board, dedicating time, resources and leadership to a cause she holds dear.

“There was a Nietzsche quote that used to appear above a music store in Boulder. It said, ‘Without music, life would be a mistake.’ And I think that’s true,” Roser says.

This past spring, Roser stepped down as board chair, handing over the reins to her co-chair, Mikhy Ritter.

But not before she did something about the smudged Steinway pianos in Grusin Hall.

“The appearance had bugged me for some time,” says Roser, “so I told myself to stop grousing and fix it.”

In April 2015, Roser put the idea before the Music Advisory Board: For every gift made, she would match the amount. In four months, the board had donated $27,000, enough to spruce up the pianos in Grusin just in time for the first Faculty Tuesday concert in the fall. There was even money to spare for the piano in the Chamber Hall.

To maintain the glossy finish, McGuckin Hardware in Boulder donated 100 pairs of white gloves for stage crews to wear when moving the pianos. The finishing touch earned the effort its title, the White Glove Campaign.

“It makes a difference. Hundreds of people come to that hall every week and those wonderful players deserve pristine pianos,” says Roser.

A year later, she says the white gloves are making a difference, too.

“I’m really gratified that people are respecting the pianos and doing a great job keeping them shiny.”

The Roser name is known around the CU Boulder campus for more than just music advocacy. The Roser Visiting Artists Program has brought musicians, actors, dancers and more to campus since the 1990s. In 2011, the ATLAS Institute’s building was named to honor Roser and her late husband Jim for a transformative, $2.25 million gift to the program. 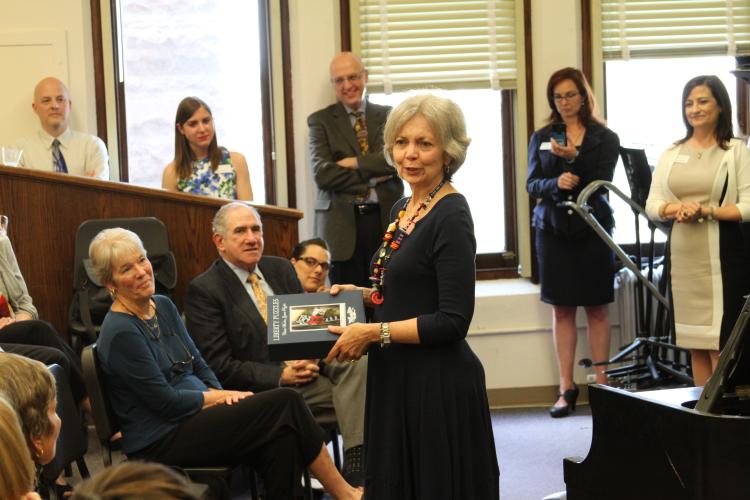 Faculty, staff and the Music Advisory Board hosted a celebration to thank Roser for her years of service in April 2016.

Roser says the university’s goal is to achieve excellence in all academic areas.

“We’re a highly regarded research university, but we also have very fine programs in the arts. It’s important for students to be exposed to more than just math and science and sports during their college careers.”

Still a member of the board, Roser will now turn her attention to the College of Music’s centennial campaign. She’ll cherish the opportunity to work with Assistant Dean for Advancement Lissy Garrison, Dean Robert Shay and the rest of the board in a different role.

“I’m looking forward to bringing more people into the college family. It’s really fun meeting and talking with people and being an advocate for such a fine college.”

Roser says she’ll also continue close friendships with faculty, staff and other supporters. And of course—she’ll continue encouraging joyful noises about the college.

“Music crosses cultures. It enriches us. This is a wonderful place and it’s worthy of support.”

Assistant Professor of Composition Annika Socolofsky blends the realms of art and science through the Instrument Design Lab (IDL). The course offers a science-based context to instrumentation, sound and musical creation, giving College of Music students a foundation in the science of music. END_OF_DOCUMENT_TOKEN_TO_BE_REPLACED

It was a busy fall for the American Music Research Center (AMRC)! One of the... END_OF_DOCUMENT_TOKEN_TO_BE_REPLACED

Friends, My heart is heavy. Associate Professor of Violin Charles (Chas) Wetherbee passed away on... END_OF_DOCUMENT_TOKEN_TO_BE_REPLACED
Return to the top of the page