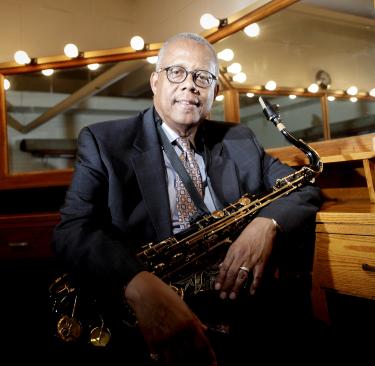 This weekend’s Super Bowl means a lot of things to a lot of people. In the Boulder area, it means the home-state Denver Broncos are going for their third championship. For fans of Coldplay, Beyoncé or Bruno Mars, it means one potentially epic and over-the-top halftime performance.

For College of Music alumnus and former Assistant Dean Willie Hill, it means it’s been 49 years since he marched during halftime at the very first Super Bowl in the Los Angeles Memorial Coliseum.

“It was an adventure,” Hill says. “It was my first flight on an airplane—my first time in California.”

“It was my responsibility to make sure everything clicked and was on track for both ensembles,” Hill says. “But I was well prepared. Our band director was a stickler on execution, preparedness and confidence.” 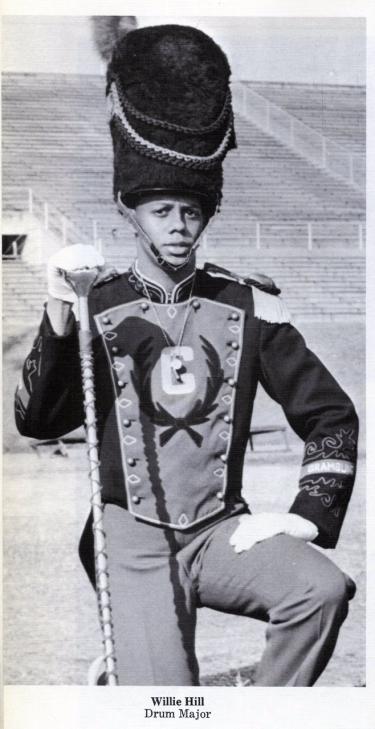 The fact that the drum major didn’t feel pressure that day is all the more impressive considering the political climate of the late 1960s. During a time when the Civil Rights Movement was changing the country forever, Grambling’s all-black band and ASU’s all-white band marched together in one historic show of musical solidarity.

“It definitely wasn’t routine. It was a big deal. But we weren’t thinking about the Civil Rights movement. What was important to us was doing well on that stage.”

Hill—along with Paul McCartney, U2, Prince and others—is a part of this weekend’s Super Bowl celebration. He and two members of the 1967 ASU marching band will be featured in a special on CBS Friday night about the evolution of the Super Bowl’s halftime shows, from marching bands to megastars.

Though times and tastes have changed the Super Bowl halftime show forever, Hill says there’s still a strong message that resonates from the Grambling-ASU collaboration.

“Music is colorblind. The language is there, and the people that are engaged in that creative activity don’t see any color,” Hill explains. “Our band didn’t see ASU necessarily as a white band. We were thinking, ‘OK, how can we do this show and make it everlasting?’ And I’m sure ASU’s band felt the same way.”

Yet, Hill says, the two bands still had to face the reality of their times.

“About 20 years later, while conducting the Arizona All-State Jazz Ensemble, I happened to meet several of the people who were in ASU’s Super Bowl band,” Hill remembers. “We reminisced about what a phenomenal time we had, and then we decided to watch the university’s old tape of the halftime show. Unfortunately, the alumni association in 1967 hadn’t recorded our band—just ASU’s. And that’s a sign of the times back then.

“I don’t think that would happen now. We’ve come a long way since that experience.

Hill, who received his master’s degree and PhD in music education from the College of Music, was also a professor of music education during his time in Boulder and founded the Mile High Jazz Camp.

The Office of the Provost today announced four finalists in the search for the next dean of the College of Music. END_OF_DOCUMENT_TOKEN_TO_BE_REPLACED

The Entrepreneurship Center for Music is stepping up its work to promote student projects and businesses during the COVID-19 pandemic. END_OF_DOCUMENT_TOKEN_TO_BE_REPLACED

“Be diverse in your field”: Neal Postma

Alumnus Neal Postma (BM ’10) says the advice he received at CU Boulder has helped him weather the COVID-19 pandemic. END_OF_DOCUMENT_TOKEN_TO_BE_REPLACED
Return to the top of the page