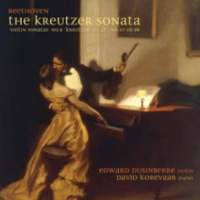 Faculty members  Edward Dusinberre, violin and David Korevaar, piano have just released a new recording of Beethoven’s Violin Sonatas Nos. 9 “Kreutzer” & 10 on Decca. This recording was funded by grants from the Council on Research and Creative Work and from the Graduate Committee on the Arts and Humanities at the University of Colorado. The recording can be ordered from Presto Classical. Read two of the great reviews below.

The ways of the multinational classical labels become ever more mysterious. The British violinist Edward Dusinberre (right) may not be a household name, but he leads one of the world’s outstanding and best-known string quartets: the Takacs. They used to record for Decca, but defected to Hyperion after completing their acclaimed set of Beethoven quartets. Now here is Dusinberre, with the fine American pianist David Korevaar, in the same composer’s last two sonatas, the most famous of them all, the virtuosic, concerto-like “Kreutzer”, in A major, of 1803, and its successor, in G, of 1812. You have to read the small print to see that the recording has been made with grants from the University of Colorado, where the Takacs Quartet are “in residence” and Korevaar is professor of piano. Universities are perhaps the most important advocates of chamber music in America, so this is hardly the equivalent of “vanity publishing”, and the music-making is of exceptional quality. Neither player is a big soloist personality, but both appreciate the “competitive” aspect of the Kreutzer’s huge opening adagio-sostenuto, bringing an argumentative quality to their dramatic exchanges. The contrast with the G major’s allegro moderato could hardly be greater – Dusinberre calls it a “conversation between friends” – and both musicians capture the later sonata’s pastoral tone, especially in the beautiful adagio espressivo. The Dusinberre/Korevaar partnership is so rewarding, one hopes they will record Beethoven’s eight other sonatas for this combination of instruments.

Edward Dusinberre brings the same wonderfully subtle and intensely musical qualities to these two violin sonatas as he does to Beethoven’s quartets in his day job as leader of the peerless Takács Quartet. There’s no suggestion here that Dusinberre is using the sonatas just as a showcase for his own violin playing; even in the more flamboyant passages of the Kreutzer Sonata Op 47 there is nothing flashy or self-regarding about his playing, and his partnership with pianist David Korevaar is very much one of equality. The emotional core of their performance of the Kreutzer is the set of variations that forms the central slow movement, and while other partnerships might bring more drama to the first movement, Dusinberre and Korevaar judge the contrast between that and the variations that follow perfectly. They are perfectly attuned to the rather conversational exchanges of Op 96, too; it’s an elusive work, on the brink of Beethoven’s late period, and these players judge its pastoral intimacies exactly.

From opera to heavy metal to conducting to wellness, the College of Music is poised to teach and support diverse creative interests during Summer Session. END_OF_DOCUMENT_TOKEN_TO_BE_REPLACED 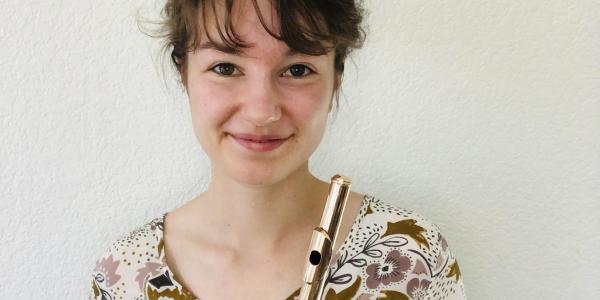 This year, the College of Music’s Outstanding Students proved that difficulty can be the breeding ground for success. END_OF_DOCUMENT_TOKEN_TO_BE_REPLACED 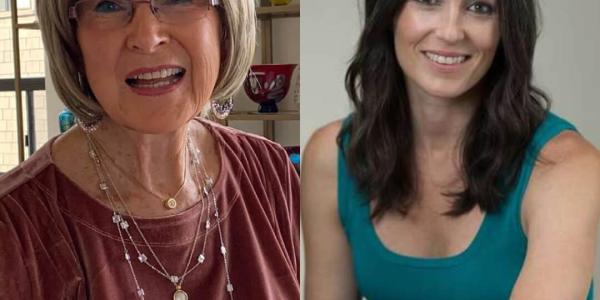 Every year, the College of Music honors established or emerging trailblazers from among our global alumni community. This spring, we're proud to recognize Charlene Archibeque and Leenya Rideout. END_OF_DOCUMENT_TOKEN_TO_BE_REPLACED
Return to the top of the page