Many useful bulk properties of solid materials such as piezoelectricity and pyroelectricity are manifested when a material is highly ordered and lacks a center of symmetry. Achieving this level of control in organic polymers is difficult. One approach to fabricating stable noncentrosymmetric polymers is the use of chiral, rod-like thermotropic LCs that can be oriented and heavily cross-linked into acentric networks. Other researchers have recently demonstrated the viability of this approach; however, syntheses of suitable chiral LCs that (1) adopt highly ordered LC phases, such as the smectic phases; and (2) possess multiple polymerizable groups for cross-linking have typically been elaborate and not amenable to iterative changes. We have taken a modular approach to the design of such monomers, so as to offer ease of modification for fine-tuning LC behavior. We have synthesized the first modular chiral LC diacrylate monomer (8) that exhibits chiral smectic A (SmA*) and C (SmC*) phases using bifunctional components, such as S-ethyl lactate as a modular chiral unit. Monomer 8 can be aligned to yield uniform noncentrosymmetric films and subsequently cross-linked with retention of the LC structure (Figure 10). We are currently characterizing the resulting polymers and exploring modifications to the position of the chiral unit and the length of the tails on the monomer in order to control LC phase behavior.

We have recently designed and synthesized the first example of a polymerizable bent-core (i.e., banana) thermotropic LC, as a novel approach to generating polar, noncentrosymmetric polymer networks using achiralLC building blocks. This bent-core monomer (9) displays electric switching behavior and was successfully aligned and cross-linked in phase to afford ordered, polar polymer networks that exhibit pyroelectricity (i.e., the intrinsic ability to convert temperature changes into electrical energy) (Figure 11). Bent-core thermotropic LCs have recently received a great deal of attention in the LC and organic materials communities because they afford switchable ferroelectric and antiferroelectric phases, even though the molecules are achiral. In addition to LC displays, these systems have been proposed as building blocks for noncentrosymmetric organic materials for potential transducer applications. Prior to our pioneering work in this area, functional analogs of these bent-core mesogens were unprecedented. 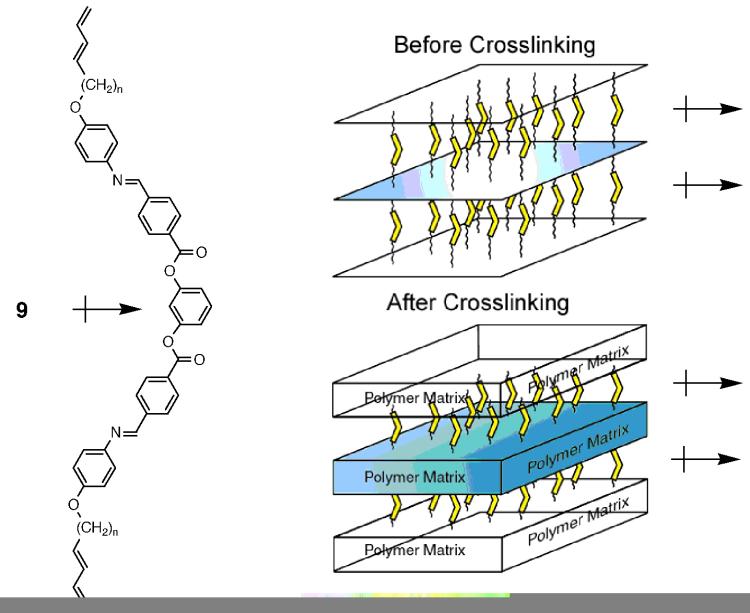 Figure 11. First example of a cross-linkable bent-core mesogen (9) for the construction of polar, noncentrosymmetric polymer materials with pyroelectric properties.