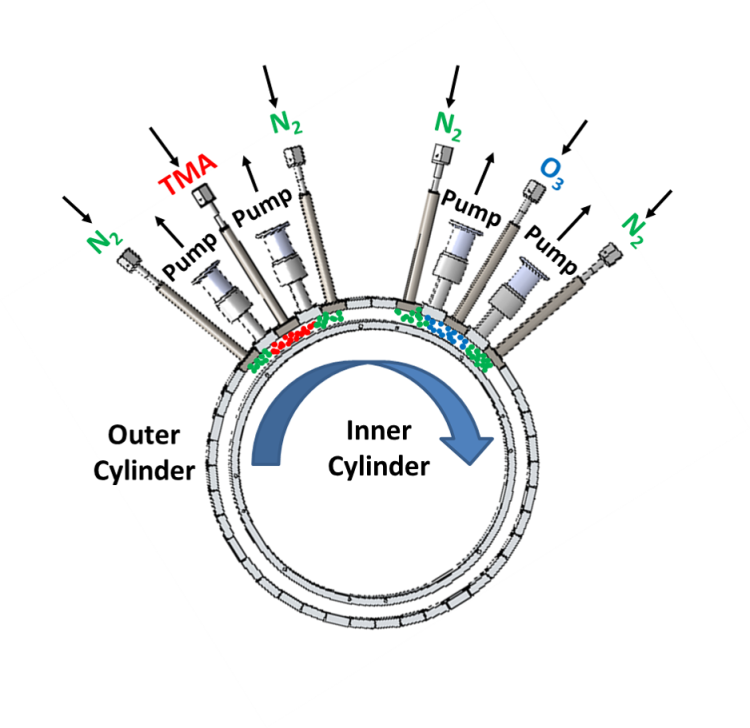 The commercialization of ALD depends on increasing the speed of ALD and performing ALD in a roll-to-roll format [1].  Spatial ALD can achieve much shorter ALD cycle times and is extendible to roll-to-roll processing.  Our efforts have focused on a modular rotating cylinder design for spatial ALD [2].  We have demonstrated Al2O3 ALD using Al(CH3)3 and O3 as the reactants at low temperatures on flexible metallized PET polymer [2].