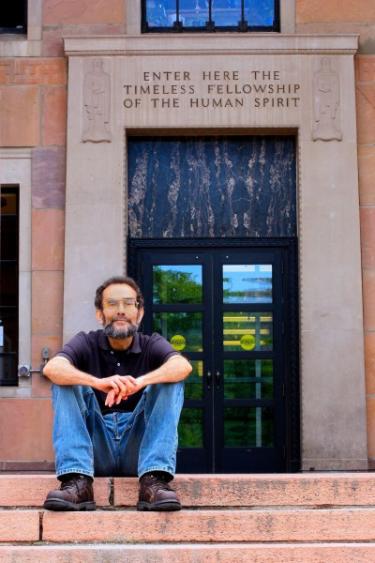 Created by English alumnus Dick Shahan in 2014, the writing competition gives all CU-Boulder undergraduate students a chance to use their imaginations and to demonstrate their writing skills in a variety of different genres, as well as to celebrate the larger Boulder community. The competition is expected to generate an annual prize of $1000 for the winning entry within one of two categories—fiction or non-fiction prose. Categories will alternate each year. (The upcoming category for submissions due March 2016 is non-fiction.) Every entry must have a connection to Boulder.

As both the president of the Boulder Municipal Employees Association, and a member of the Trivia Bowl Hall of Fame (his championship-winning team called themselves, The Godzillas Must Be Crazy), Dick Shahan seems to be a bit of a paradox. By day, he’s a humble librarian with the Boulder Public Library who combines a robust work ethic with a playful sense of fun. By night, he has become a philanthropist who works tirelessly to improve his community. But he’d be too modest to tell you all that. What he would tell you is how much he loves Boulder and his alma mater CU.

Shahan first arrived at the University of Colorado Boulder in the fall of 1967 and knew he had found his “home.” After completing a BA in English and psychology, his love for the city and the campus inspired him to remain at CU to pursue an MA and a PhD in English literature. Then, more than 30 years later, it was what motivated him to make a $75,000 gift commitment to CU-Boulder to fund an annual undergraduate writing competition and an annual graduate scholarship. As Shahan tells it, this gift was about more than just his love for CU-Boulder; it was also about honoring the lessons he gleaned from all those years studying literature.

As a doctoral candidate, Shahan specialized in modernist literature and focused his dissertation on the work of noted English author, John Fowles. He was particularly interested in how Fowles’s work employed the “rags-to-riches” motif to explore “the concept of freedom and the understanding of the ‘few’ versus the ‘many’ in modern society,” he says. Shahan was especially fascinated with Fowles’s first novel, The Collector, in which a young city clerk is forced to navigate new social and moral challenges after winning a large monetary prize in a football pool. As an eager (and often impoverished) graduate student in the 1980s, Shahan could never have foreseen that he would find himself in a very similar situation many years later.

In 2013 after both of his parents passed away, Shahan and his brother discovered that they were to inherit a sizable estate. Having spent most his life trying to make ends meet, Shahan found the inheritance a complete surprise. As is the case with the characters in Fowles’s fiction, he was forced to answer the question, “What do I do now?” Would he allow his newfound wealth to socially isolate him as one insular “few” (a choice which, in Fowles’s novels, often leads to obsessive self-destruction), or could he find a way to help the “many”?

To complicate matters, Shahan found himself grappling with this question in the wake of great personal hardship. Besides losing both of his parents, Shahan was also forced to endure physically and emotionally draining experiences. He broke his jaw, which resulted in complicated surgery and a tortuous treatment procedure. He was then diagnosed with prostate cancer and survived a grueling process of CyberKnife-radiation treatment.

“When you go through the kind of adversity I went through, you develop a different perspective on life,” comments Shahan. “I could have spent the inheritance money on a new car or a vacation. But as I thought about it, I decided that after all of this suffering, I really wanted to do something positive for others in my lifetime. What could I do that would bring joy and fun to people in my community? A writing competition to celebrate Boulder seemed to be the perfect fit. Plus, I remember struggling through some financially tough years as a graduate student. I wanted to offer support to those students who struggle to make it through. I wanted to send the message, ‘Don’t give up.’”

So in the spring of 2014, Shahan gifted the University Foundation $75,000 to establish two funds — $50,000 to create The Dick Shahan CU-Boulder Undergraduate Writing Competition, which supports an annual prize of up to $2,000 for a prose piece that features Boulder, and $25,000 to fund The Dick Shahan Graduate Fellowships in the CU-Boulder English Department, providing an annual $1,000 research grant for an English graduate student. The writing competition gives all undergraduate students at the university a chance to use their imaginations and to demonstrate their writing skills in a variety of different genres, as well as to celebrate the larger Boulder community. The graduate fellowship, offered to PhD, MFA, and MA English students, provides financial assistance for research necessary to complete their graduate degree.

“The writing competition is the first to involve all CU-Boulder undergraduate students in a competition that focuses on the Boulder community, and it’s one of the larger prizes awarded to undergraduates from our department,” says English Chair David Glimp. “And the graduate fellowship is another welcome source to help students relieve the financial pressures they face when pursuing higher level education. It’s an added incentive to complete their graduate degree. We are very grateful to Dick for his generosity.”

In many ways, Shahan’s gift is extraordinary. But if you ask him, he’d explain that the decision was very natural — it perfectly reflects his life and his desire to serve the Boulder community. “I started writing fiction while I was a sophomore in a creative writing class at CU-Boulder. As I continued writing, I never saw an opportunity or competition of this sort, especially one offered at a college or university and with a financial prize this large,” says Shahan. “This writing competition will help make wonderful connections between the university and the Boulder community and will offer a great financial incentive, plus the fun of a university-wide competition.”

With his gift, Shahan is hoping to create positive change for many students in the years to come — and you can too! Anyone can contribute to the endowment, which will continue to support students far into the future. If you are interested in donating to Dick Shahan’s fund, please contact Patrick Zeller at patrick.zeller@colorado.edu or call him at 303-541-1430. 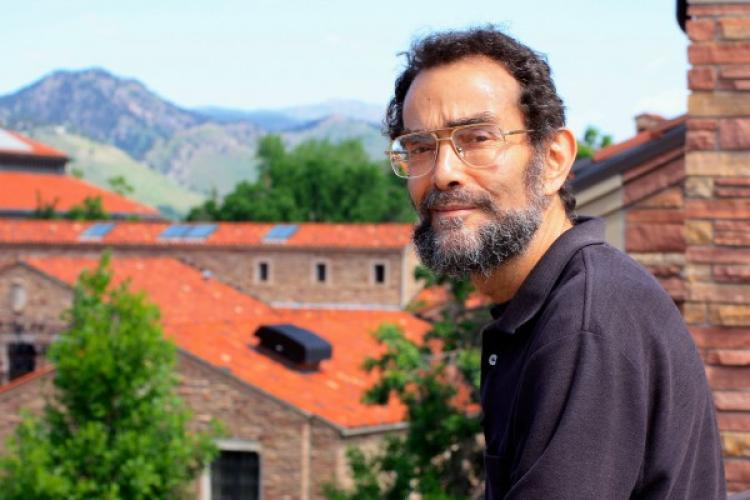 Dick has fond memories of his time here at CU-Boulder. In his own words, here are a few: