How glass was made in the ancient Roman world 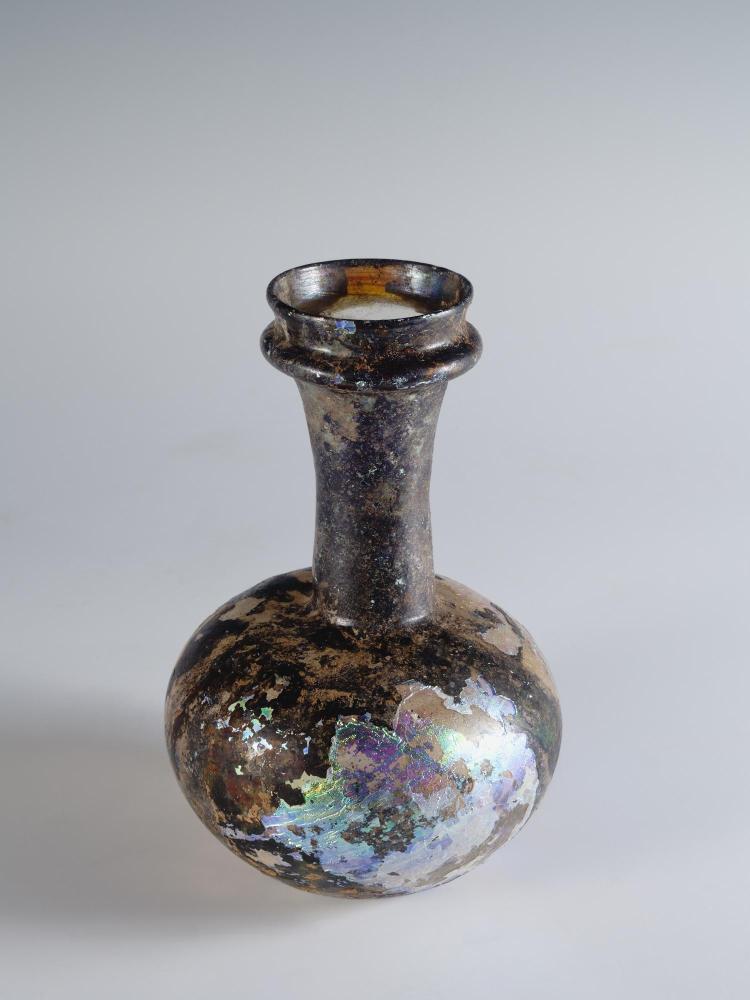 The ancient Roman glass industry was divided into two categories: glass making and glass working (1). Roman glassmaking workshops, which have been found through the Roman Empire, as well as in the city of Rome itself, were usually situated near places where the raw materials were available. The materials needed to make glass include sand, nitrate, and lots of heat. To fuse the ingredients together, a kiln must be heated up to a temperature of 1100 degrees Fahrenheit. This was accomplished with large amounts of wood for burning and a strong breeze to provide enough oxygen for the fire (2).

Early on, glassmakers knew how to color glass with the addition of metallic oxides and the colors and fabrics achieved depended upon the qualities and quantities of added materials. Popular for glass were various shades of blue, created by adding cobalt oxide and copper oxide. A small amount of iron caused glass to turn green, while manganese could have created yellowish or purple glass. If a glassmaker desired colorless glass, she or he could add a neutralizing agent (3).

Melted together, the ingredients created molten glass. This substance, too liquid to work with, would be cooled until it hardened into a solid (4). The raw, unshaped glass chunks would be given to glassworkers in separate workshops. The glassworkers would need to remelt the glass in order to make it pliable enough for shaping. A kiln only needed to reach 750 degrees Fahrenheit in order to heat glass enough for it to become workable and that temperature could be accomplished in a simple shielded hearth or average Roman bread oven (5).

Once the glass was plastic enough for working, there were a few methods available for shaping or working glass vessels. Among the earliest methods in Italy produced mosaic glass through a laborious and time-consuming process. Other methods were quicker and more cost-effective, including core-forming, sagging or slumping, free-blowing, and mold-blowing.