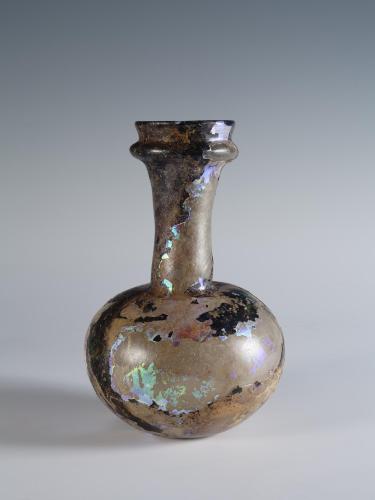 Description: Unworked lip with short, vaguely funnel-shaped mouth. At junction of funnel and neck is a closed tubular fold. It is hollow on the inside but appears as an added coil from the exterior. Relatively tall cylindrical neck with abrupt transition to globular body. Rounded base. Original color obscured by iridescence. Much flaking. Blown. 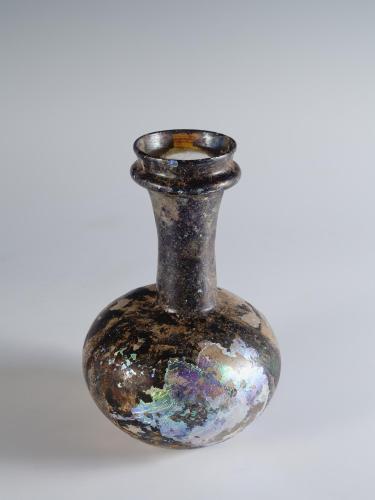