BA graduate with a Classics major and a Business Entrepreneurship minor

While my business minor courses prepared me for the ‘how,’ my Classics degree helped me find the ‘why.’ Throughout my time at CU, I discovered that I enjoyed learning how things are built. Whether understanding the origins of Bronze Age societies or studying how power was consolidated during the Roman Empire, I was fascinated with the patterns of human behavior among different leaders and how they built societies. Taking this passion into my nonprofit work, I applied what I had learned from ancient leaders to build teams and communities on domestic and global projects. Currently, I am studying for a Master of Public Administration degree in Washington D.C. and afterwards will work to build better management and programing within the federal government.

BA graduate with a double-major in English and Classics

I double-majored in English and Classics, having added a Classics major after I took Beginning Latin during the first semester of my freshman year. I wasn't positive I wanted to focus on classical languages but taking Latin opened up a world of ancient history that I didn't even know existed as a major and after taking one class, I was hooked! Before my final semester of Latin, in which we would read the Aeneid, I had read the Aeneid in English 3 times. When I read it in Latin, I realized I had never really read it. I had no idea how translation changes things. Learning this has been the single most important lesson of my education. Now that I'm in law school, and my peers struggle to read cases from the 1800s, all I do is pretend I'm back in Latin and I'm decoding a set of ancient phrases. Beyond law school, learning the way translation changes language and meaning has made me a better communicator, a better writer, and a better person. This one principle taught me how to think from a different perspective and how to see other perspectives. Classics opened so many doors for me in so many different fields. After deciding to pursue the ancient art and archaeology track of the Classics major, I spent a semester in Greece studying inside the buildings of the Acropolis and in the restricted access rooms of museums, which gave me a chance to experience the art that would later make up the body of my Honors Thesis. After I graduated and started working in PR, I was able to transfer the project management skills I learned working on my thesis to spearhead large-scale film, book, and album release campaigns for my clients. Finally, participating in archaeological survey and excavation inspired me to eventually pursue a J.D. and a career in art law, with a focus on cultural property litigation and artifact acquisition.

BA graduate with a double-major in History and Classics

I double-majored in History and Classics after taking a beginner Latin class in my freshman year and realizing that I never wanted the class to end!  The fantastic experience of writing an honors thesis convinced me that I wanted to continue in academia, so I'm currently enrolled in a master's program at the University of Helsinki that focuses on the early beginnings and interactions of Judaism, Christianity, and Islam.  My Classics degree has been invaluable for my studies here, but in my opinion it's helpful outside of academia as well.  The skills you learn as a Classics major (language acquisition, synthesis of information, the construction of solid arguments, and clear communication, to name a few) are useful nearly anywhere. 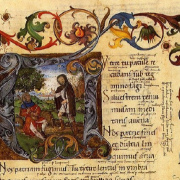 Had I not taken a course in Classics to fulfill an A&S core, and later several more Classics courses, I would have lacked one of the most useful aspects of a BA. Classics classes taught critical thinking as much as content, and there's something unique in learning to read a work from someone who speaks seven languages, three of them dead. I took classes in many departments before deciding on a major, and amongst them the professors in Classics stood out as some of the most dedicated to teaching. In their courses' focus on interpretation, analysis and reinterpretation, I saw a framework to approach a problem that is distinct from the method taught in the physical science programs and even social science departments. I use what these classes taught me -- how to conceptualize and empathize and recognize bias -- daily, when working and talking and reading the news. Part of a BA is the otherwise rare opportunity to learn about a field directly from world experts in that field, and the people in the Classics department are I think some of the best at teaching from their expertise. Even working well outside Classics, what I've learned from it stays with me.”

I was a Classics major from the onset of my undergraduate experience, completing my pre-requisites for medical school alongside my degree. I chose to pursue Classics out of a love for ancient Greco-Roman history and especially languages which I first came by in high school, not realizing then the long-term value of this degree. The CU Classics Department provided me the in-depth experience to develop my critical thinking, analytical, writing, and rhetorical skills, skills I use daily. I learned to appreciate words and the subtle ways their meanings can change, to construct arguments and assess the arguments of others, and to evaluate sources of information especially in their limitations. In exploring foreign languages, cultures, and histories, I was pressed to identify and separate out my cultural lens in order to reconstruct more truly these ancient worlds by not imbuing them with my modern American experience. I owe a lot of my current success as a medical student to the skills I fostered through my Classics degree.

This MA graduate is the Andrew W. Mellon Curatorial Fellow in Ancient Near Eastern Art at the Metropolitan Museum of Art. After his MA at CU he earned his PhD in Classical Art and Archaeology from the University of Michigan. He has held fellowships at the Harvard Art Museums and the Getty Research Institute, and has taught at the University of California, Irvine and the University of Southern California. His first book, Archaeology of Empire in Achaemenid Egypt, is forthcoming from the Edinburgh University Press.

The CU Classics Department was the source of my interest and future passion for Greek and Roman History. My family is Greek/American and when I was in high school at Boulder High I cross-registered at CU and took a dozen classes with Professors Beth Dusinberre, Diane Conlin, Bob Hohlfelder, among others. I wrote my first research paper on the Marbles for Beth Dusinberre's 'Periclean Athens' graduate course. The research I did for that course ultimately inspired me to do my thesis at Georgetown University on the reunification of the Marbles and develop a screenplay for a potential feature film which turned into The First Line. For me, history has always been very visual and my goal is to continue to make films about the past that are equally cinematic as they are educational.