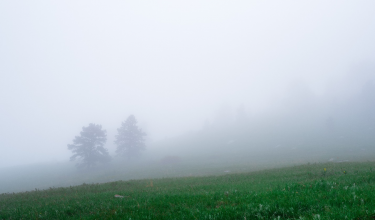 February 2020 already feels like a lifetime ago. And yet, as I read the news of the disproportionate impact this pandemic is having on communities of color in the United States, I am pulled back in time to the UMC ballroom, to the privilege walk activity led by Dr. Dyonne Bergeron, Assistant Vice Chancellor for Student Achievement, at the spring 2020 Diversity and Inclusion Summit.

If you’ve never experienced the privilege walk activity, it starts with a large group of people standing side-by-side in a straight line, holding hands. The facilitator reads out a series of questions and depending on your responses to the questions you either take a step forward or a step backward.

“If you have visible or invisible disabilities take one step backward.”

“If you were encouraged to attend college by your parents and family members take one step forward.”

“If you have been divorced or impacted by divorce take one step backward.”

“If your family had health insurance take one step forward.”

“If you took out loans for your education take one step backward.”

As is typical with this activity, by the time we were finished stepping forward and backward in response to a few dozen questions, the group was no longer standing hand-in-hand in a straight line. We were staggered across the room. Most of us were so far away from our neighbors -- holding hands was impossible.

My main takeaway from the activity was a feeling of deep sadness. After a few days of reflection, I realized I was sad not because I, a white woman, had fallen behind others or because others had fallen behind me, but because I had let others fall behind me. It was a choice to move forward on my own and to leave my neighbors behind. It didn’t occur to me to find a way to keep a hold of my neighbors’ hands when I stepped forward and they stepped back.

Less than two months later, we are facing a real-life privilege walk: a global pandemic that is disproportionately killing already vulnerable and minoritized communities in our country. Despite some claims that this virus does not discriminate, the evidence is growing that it does. The US has never extinguished its centuries-old systems of white supremacy, so it isn’t surprising that communities of color are dying at disproportionate rates compared to white communities. Four hundred years of systemic racism have created societal structures that leave Black, Indigenous, and other communities of color uniquely vulnerable to adverse effects of this pandemic.

In the United States, even protective measures favor the survival of white people. Although mask-wearing is recommended to reduce disease transmission, Black people risk being profiled as criminals if they wear masks in public places such as grocery stores. Although hand-washing is essential for limiting disease spread, Native households are 19 times less likely to have plumbing than white households. Although we know our overcrowded prisons and detention centers are woefully underprepared to mitigate disease spread, we have the highest incarceration rates in the world, with people of color making up a disproportionately large proportion of our prison populations.

Times of upheaval such as those we are living in right now are frightening and chaotic. They are also incredible opportunities for creating a different world. The decisions we make now as we find our path forward will determine who survives and thrives not just in the months and years ahead but in the decades and centuries that follow. We can choose to move forward together or stand by silently as our marginalized neighbors fall farther behind.

In this moment, each one of us is uniquely qualified to do something in our communities to make a positive difference for vulnerable communities. I did not have enough hands to hold on to all 20-30 people in the privilege walk, but I could have supported my neighbors, and they could have supported their neighbors, and together we could have helped everyone move forward. We are a nation of creative and resilient people. If we choose to use our unique powers in our own corners of the world to disrupt the systems that create these disparities in our society, we can use this moment of crisis to create a just and equitable future for us all.