Pandemic Posts are a space for the CU Boulder community to share their thoughts, observations, concerns, fears, hopes, and musings about life under the current pandemic conditions we are all experiencing in Boulder, Colorado, the US, and the globe. We welcome all perspectives on living in the midst of a global pandemic—scholarly, personal, artistic, philosophical. If you are interested in writing a Pandemic Post (between 600-700 words) please contact Jennifer.Ho@colorado.edu, the CHA Director. 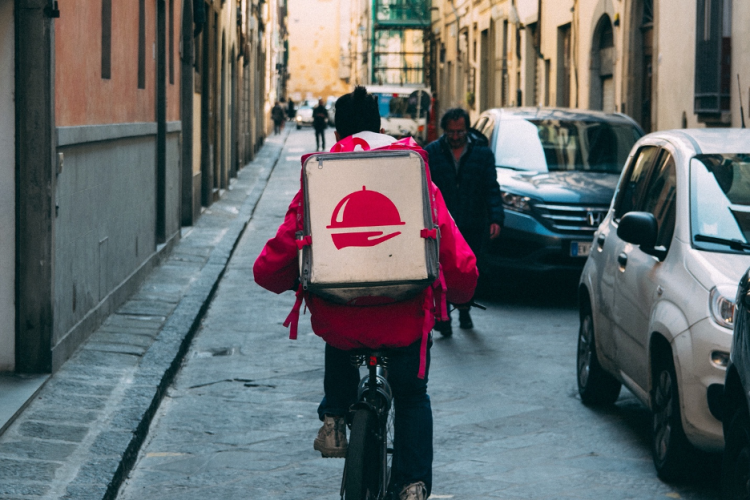 NOTE FROM CHA DIRECTOR: Normally our Pandemic posts are between 600-700 words; however, I wanted this special dispatch from Dr. Sue Zemka to be kept as is to give people a flavor of what living in quarantine in the UK is like, especially for anyone interested in using the Hazel Barnes flat. Many thanks to Professor Zemka for sharing her thoughts and observations about COVID-19, class, race, and London life.

No one from UK Border Control has checked to see if I am being compliant with my signed commitment to self-isolate for fourteen days. Multiple sources have told me that no one will. Still, I am not tempted bust out of quarantine, for all the reasons – don’t want to be a vector, don’t want to pay the fine, don’t want to break my word, and, most of all, don’t want to be shamed in front of the doormen, Antony, Greg, and Pavel, whose polite sympathy and willingness to banter I have tested and not found wanting. Also, I am old enough to sit still. Unlike the bands of maskless twenty-somethings, maligned for their inadvertent death threats to boomers like me, quarantine has not produced in me a throbbing reservoir of social and sexual energies in need of release. Social isolation was conceived by the old, for the old. Would a college-age science genius ever come up with this remedy for pandemic?

Plus, self-isolation is not difficult for a person in my circumstances. It is more of an interesting inconvenience than a hardship. Food, in abundance, compensates for the inconvenience of staying at home. A plethora of restaurants and grocery stores make deliveries these days, promptly and affordably, through Deliveroo, Gruhub, or UberEats. Food delivery is a flourishing global business, one of the few to which Covid has been a boon. Delivery apps with the same or similar names exist crop up worldwide, connected either by some obscure corporate kinship or deliberate echoes of such that border on copyright infringement. Deliveroo, centered in the UK, operates in Europe, Singapore, and Australia, but not in the US, even though (drum roll) it is owned by Amazon. In London, food delivery services are fast, reliable, and affordable. I’ve had curry, Pad Thai, Gado Gado, lamb koftas, pizza, chicken parmesan and a selection of English, Welsh, Scottish, and Irish cheeses. Self-isolation here is an opportunity for culinary adventure.

As with many capitalist indulgences, here as in the US, this one has a racial dimension. Many of the people who deliver are young Black men.  I know from observation (sitting in the lobby being a chief form of entertainment) that this is not universally the case; some are young white men, one was an Asian woman. Sometimes the deliverers leave the food on the oval-shaped table in the entry way, under a towering flower arrangement which, this week, features plum-colored gladiolas. Sometimes one of the door men buzzes the deliverer into the building’s second interior. Then they take the elevators up and bring the food directly to the flat of the person who ordered it. Although the UK Covid-19 Security signs by the doors say not to receive visitors past the entry way, visitors who are employed as food deliverers appear to be exempt. Maybe this is because the ill and their quarantining brethren need such an exemption. Maybe it’s just because it’s good service. In any case, the coincidence is not innocent. Racist determinants, past and present, make young Black men a likely demographic for service industry jobs, which, at this moment in history, puts them in harm’s way.

Take, for instance, the man who brought me groceries this morning from Sainsbury’s. I was hanging out in the lobby trying to corner someone into conversation when he arrived, pushing a cart that had three plastic blue bags crammed with milk, juice, bread, vegetables. Antony, the concierge, told him he needed to take the groceries up to my door. He protested;

I interrupted, saying I was happy to take them up myself, but Antony persevered;

“They go upstairs with groceries. You too!”

Unwilling to cross Antony a second time, I showed the deliverer to the elevators, making sure that at least that we didn’t take the same one up. Once on the fourth floor, the mood lightened. He was Jamaican, he told me, not sure why; his name, if I heard correctly, was Maven. He quickly unloaded the three bags at my door while I backed off inside the flat. We were both masked. Once the groceries were off the cart, we chatted briefly, from a distance. Maven said he wanted to go to the U.S., but didn’t see how he could. He was scared of the virus, he said, and delivered to a lot of flats where people had had it, or seemed to have it, or else were quarantining so they wouldn’t get it. Then he laughed, said something else I didn’t understand, and left. Maven had brought me both my groceries and my conversation for the morning. I went into my cocoon, and he went on to the next delivery.

I don’t know what this meant, if anything, for Maven. I don’t know, for instance, if he would agree with me that our short encounter in the Westminster Green apartment building was thick with a history that made the freedom of inconsequentiality impossible. I cannot speak for him, but my guess is that he would agree to this much: there was a lot in the air that did not and does not get spoken. Chief among them, and integral to the market exchange that brought us together during a pandemic, is the fact that Blackness and mortality are linked in ways that whiteness and mortality have never been.

Necropolitics: the maintenance of inequitable, historically entrenched social and economic arrangements via policies that control the deaths or exposure to deaths of poor or racially marked social groups. Black bodies as an expendable buffer zone protecting white ones. Not biopower, but its dark, inseparable twin: death power, the power to say who lives and who dies, who takes the risks, who goes without health care, or is delegated to worse health care, who doesn't get the tests, who isn't heard.  Who brings the food to the door of the contagious.

Pandemic creates another instance of this systematic exposure of Black people to mortal threat. Historically, race has operated to separate one demographic from another demographic that was made to act as a human cordon sanitaire.

In the First World War, African-American nurses were not allowed to treat white soldiers - until the outbreak of Spanish flu, at which point their services were enlisted to treat the infected.

In Camus's The Plague, at the height of the outbreak, Tarrou suggests to Dr. Rieux that they could reuse coffins after treating them with antiseptic. A grisly business, he admits, but "really a great improvement on the death-carts driven by Negroes of which one reads in accounts of former visitations of this sort." Somehow one gathers that Tarrou is not saying that this would be an improvement for the Black death-cart drivers, nor that it would be a good thing if the long history of epidemics to which he refers could progress beyond racist exploitation. Rather, he seems to mean that the people of Oran, the Pied-Noirs of French and European extraction, would be spared the unsavory display of corpses being moved noisily through the streets. But one could reread or misread the text as saying these other things about racist exploitation and opportunities for social progress. Until now, that obvious but unintended re-reading slips through the margins. It's one of the smallest of accomplishments of the protests in the US to make it visible to white readers. Once seen it cannot be unseen.

At least that’s the case in literature. Entrenched social and economic policies are more resistant to change. The pandemic thus far appears to compound this conservatism, forcing lots of social groups (health care workers, teachers, service industry workers) into accelerated and trepidatious action under the banner of emergency. Or, as the 'system' and world into which we have awoken seem to be shouting at us: buckle down people; this is not the time for change!  Maven, as far as I know, is still making money delivering food. And the most I can do is buy my own groceries.