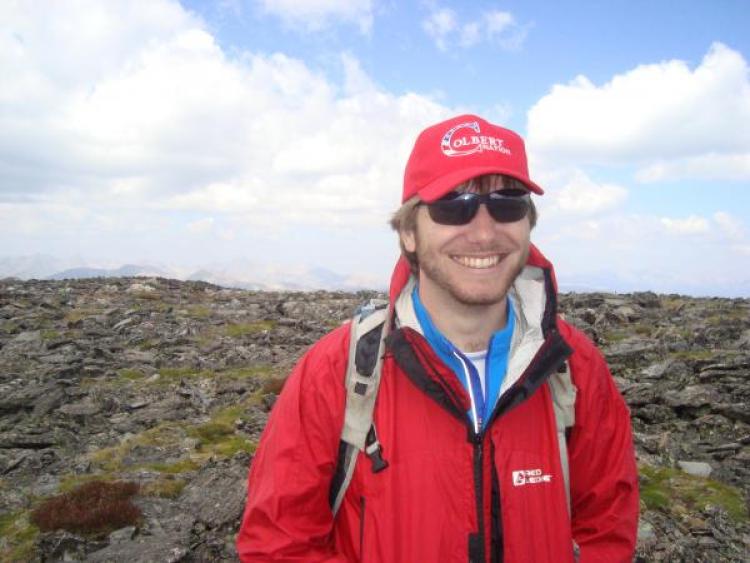 Recently I was lucky enough to present a poster at the Ecological Society of America (ESA) conference in Portland, Oregon. This is the largest conference of ecologists and evolutionary biologists in the US with over 4,000 attendees this year. With so many researchers attending a single conference, the diversity of research topics is vast. In my opinion, however, what really made this particular conference interdisciplinary wasn’t so much the range of research discussed, but the setting of the conference itself.  I discovered Portland to be a highly interdisciplinary city. I don’t think you can mix disciplines any more thoroughly than bacon on donuts or artsy paintings of PBR cans on billboards.

However, despite the interdisciplinary allure of the city, I was there for the conference. I spent my days navigating the interior of the Oregon Convention Center rather than downtown Portland.

At any given time in the convention center, there were at least 15 different talks being given in any of 20 different exhibit halls or ballrooms. In addition, each session was classified by a different acronym: SYMP (symposium), PS (poster session), COS (contributed oral session), and OOS (organized oral session). I’m told that those last two are actually different, but I have yet to understand why.

The sessions also covered a huge range of topics from the overly vague (“Theoretical Ecology”) to the surprisingly specific (“Rhizophere And Root Function”). However, while the conference was sometimes difficult to navigate, the talks were always worth going to, and provided useful information on current research efforts, different presenting techniques, and how to draw in an audience (tip #1: be Peter Chesson or Brett Melbourne).

On the third day of the conference I was scheduled to present my poster entitled “Temperature dependent selection on microbial genomes: an examination of intergenic regions and GC composition.” The nice thing about poster sessions is that people are just wandering around the room, quite often socializing with a beer in their hand. They are therefore available to be drawn in to a poster through the strategic use of pretty pictures, a friendly smile, and just the right amount of awkward eye contact.

Given the diversity of interests and backgrounds of the conference attendees it was a challenge to adjust the presentation of my poster to accommodate each person. Many people were interested in some element of the poster, but had no background in the others.

One man in particular seemed to have a hard time understanding the poster. Every time I tried to explain it in a different way or using less jargon, he continued to seem confused. After he left I began to feel nervous about the other people who had visited my poster.  Were they just being polite and hadn’t really understood what I’d said?

Luckily the man returned later to talk with me more. It turned out he was a musician and was only there because his girlfriend was presenting a poster too. I had not been prepared for this. While I was expecting to explain my poster to a diverse audience, it hadn’t occurred to me that I would be explaining to someone unfamiliar with concepts like DNA or adaptation.

We talked some more, and it became clear that his interest in the poster came from a different place than most other people I had talked to. When I asked him what questions he had about the poster, he kept returning to a picture I included of Morning Glory Pool in Yellowstone National Park (a particularly colorful hot spring).

Apparently what drew him to the poster and what continued to hold his interest was the photo and the idea that the colors in the hot springs were due to the microbes living there.  He really wasn’t interested in what genomic adaptations they might have, he just wanted to enjoy the picture and marvel a little bit at how cool nature is.  As my friend and fellow IQ Biology student Daniel McDonald says:  “Science is all about pretty pictures.”