Home News Race and the Railroad: A Conversation with Julia Lee and Paisley Rekdal

Race and the Railroad: A Conversation with Julia Lee and Paisley Rekdal

Race & the Railroad: A Conversation with Julia Lee and Paisley Rekdal. This event will be held in the CBIS Room, 5th floor Norlin Library, between former Utah Poet Laureate, Paisley Rekdal, who will talk about her digital humanities project West: A Translation alongside Dr. Julia Lee, Professor of Asian American Studies at UC Irvine who has just published her book The Racial Railroad. West: A Translation is a collection of poems and essays that draws a powerful connection between the transcontinental railroad completion and the Chinese Exclusion Act.The Racial Railroad highlights the central role that the railroad played in the formation and perception of racial identity and difference in the US. Join the conversation about the impact of the railroad and it's role in racial identity in the United States. 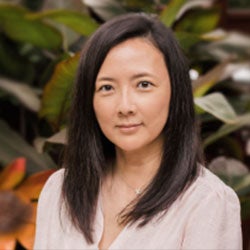 Julia H. Lee, PhD is Associate Professor of Asian American Studies at the University of California at Irvine and author of Interracial Encounters: Reciprocal Representations in African and Asian American Literatures, 1896–1937 and Understanding Maxine Hong Kingston. She also recently published her book, The Racial Railroad, which reveals the legacy of the train as a critical site of race in the United States

The Racial Railroad highlights the surprisingly central role that the railroad has played—and continues to play—in the formation and perception of racial identity and difference in the United States. Lee demonstrates how, through legacies of racialized labor and disenfranchisement—from the Chinese American construction of the Transcontinental Railroad and the depictions of Native Americans in landscape and advertising, to the underground railroad and Jim Crow segregation—the train becomes one of the exemplary spaces through which American cultural works explore questions of racial subjectivity, community, and conflict.

By considering the train through various lenses, The Racial Railroad tracks how racial formations and conflicts are constituted in significant and contradictory ways by the spaces in which they occur. 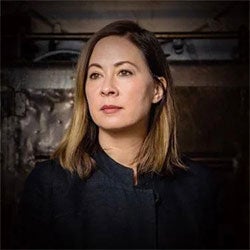 In 2018, Paisley Rekdal was commissioned by the Spike 150 Foundation to write a poem commemorating the 150th anniversary of the transcontinental railroad’s completion. The result is West: A Translation: a linked collection of poems that respond to a Chinese elegy carved into the walls of the Angel Island Immigration Station where Chinese migrants to the United States were detained. “West” translates this elegy character by character through the lens of Chinese and other transcontinental railroad workers’ histories, and through the railroad’s cultural impact on America.

Paisley Rekdal has received countless fellowships, prizes, and awards for her poems and essays. Her work has appeared in The New Yorker, The New York Times Magazine, American Poetry Review, The Kenyon Review, Poetry, The New Republic, Tin House, the Best American Poetry series, on National Public Radio, among others.

Between 2017-2022, she served as Utah's Poet Laureate, receiving a 2019 Academy of American Poets Laureate Fellowship. She is a Distinguished Professor at the University of Utah and currently serves a a poetry editor for High Country News. 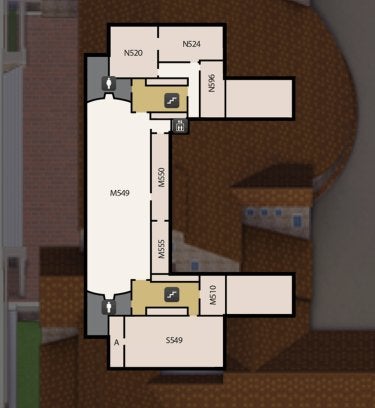