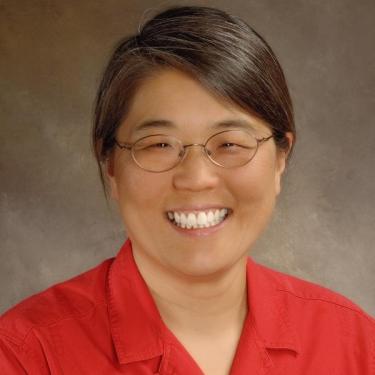 Natalie Ahn merges proteomics, cell biology, and biophysical approaches to investigate signal-transduction mechanisms, particularly those implicated in cancer. Chemistry, biophysics, bioinformatics, and computer science blend to inform Dr. Ahn’s study of cell signaling. Ahn received a B.S. in chemistry from the University of Washington, Seattle and a Ph.D. in chemistry from the University of California, Berkeley. In her first postdoc position, Dr. Ahn studied hormone receptor binding in the Department of Medicine at University of Washington. Dr. Ahn continued her postdoctoral studies in the Department of Pharmacology, where she was one of the first to describe Mitogen-activated protein kinases. This work produced the paper “Signal Transduction through MAP Kinase Cascades”, which has been cited over 1900 times. Early in her career Dr. Ahn began a tradition of impactful discovery, elucidating both normal cell functions and mechanisms of disease.

Dr. Ahn was recruited to the Department of Chemistry and Biochemistry at the University of Colorado in 1992, and she has been the Associate Director of the BioFrontiers Institute since 2003. With BioFrontiers, her focus has shifted to protein dynamics in relation to cancer growth and metastasis. Dr. Ahn works to understand how cancer cells alter cellular proteins, which involves the use of large scale proteomics. The Ahn lab investigates protein activity through several pathways, including Wnt5 signaling, B-Raf signaling, protein kinase dynamics, and histone modifications. The Ahn lab is concentrated on developing and applying new methods of protein profiling, relying on the latest in biochemical and computational approaches. Dr. Ahn is a member of the neuroscience program and the molecular biophysics program at CU, and has collaborated with Kristi Anseth (ChBE), Hubert Yin (CHEM/BCHM), and Aaron Clauset (CS).

The scientific community has recognized Natalie Ahn extensively for her contributions to the field of cell signaling. Dr. Ahn was a Howard Hughes Medical Institute Investigator from 2005-2014, she received a Merck Fellowship Award in 1988, a Searle Scholarship Award in 1993, and she is currently serving as President of the American Society of Biochemistry and Molecular Biology. Dozens of undergraduates, graduate students, and postdoctoral research fellows have benefited from her mentorship, and she is currently co-advising a graduate student with Aaron Clauset (CS). The magnitude and breadth of Dr. Ahn’s work in protein dynamics is largely due to her focus on multidisciplinary approaches. Dr. Ahn has illuminated many pathways involved in signal transduction and cancer progression, and this fundamental research will pave the way for novel therapeutics in the future. 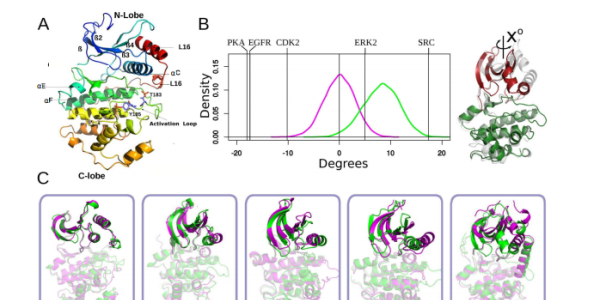 Protein Kinases (PKs) are allosteric enzymes that play an essential role in signal transduction by... END_OF_DOCUMENT_TOKEN_TO_BE_REPLACED 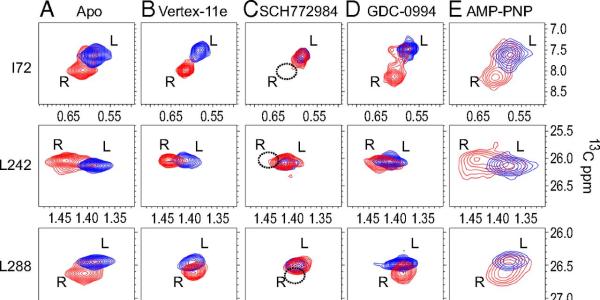 Activation loop dynamics are controlled by conformation-selective inhibitors of ERK2 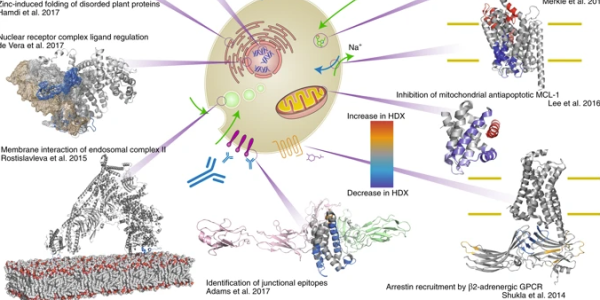 Hydrogen deuterium exchange mass spectrometry (HDX-MS) is a powerful biophysical technique being increasingly applied to... END_OF_DOCUMENT_TOKEN_TO_BE_REPLACED
Return to the top of the page