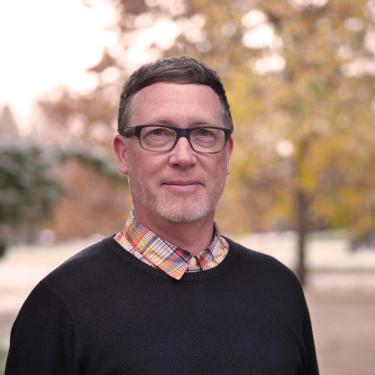 A Colorado native, Scott went to Colorado College before earning his PhD in Philosophy from Vanderbilt University.  At Vanderbilt, he taught a number of philosophy courses in aesthetics, film theory, and the philosophy of culture.  He supervised Vanderbilt’s tutoring center as a graduate student and then, post-degree, he became an academic advisor for Vanderbilt’s first-year advising center.  At CU, Scott worked as an advisor in the Dept. of Psychology and Neuroscience for three years.  He currently works at CU as the advising supervisor for the Social Sciences and continues to be impressed by our advisors’ specialized devotion to helping students organize and develop their academic and career goals.  In his free time Scott likes watching and studying films, coaching ultimate frisbee, playing broomball and shinny, fumbling over small household-improvement projects, and spending quality time with his partner Abbe and their three lovable mutts.