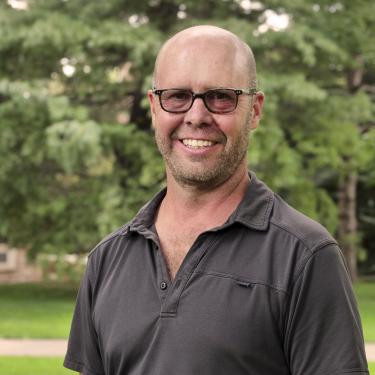 Doug Nickel settled in Boulder in January 2012 by way of Lawrence, Kansas, where he served as an advisor at the University of Kansas. He graduated from Kansas State University in 1993 with a master’s in political science and emphasis in comparative politics, followed by two years of Peace Corps service in Hungary, where he taught English at a small secondary school. (He can still confidently order Gulyásleves or Gombás kosárka at a restaurant in case of emergency.) He is a strong advocate for international learning, having supplemented his time in the Peace Corps with a year of undergraduate study abroad in Glasgow, and is particularly interested in helping students integrate international study into their academic careers.

Doug has been involved in education throughout his career and has a deep interest in helping students achieve their personal and academic goals. He taught political science and communication studies courses at Baker University in Baldwin City, Kansas for a decade, and also worked on grant-funded educational research projects in northeast Kansas public schools.

Although a transplant to Colorado, Doug greatly appreciates the outdoor lifestyle Boulder offers – particularly opportunities for biking and trail running – and in his spare time enjoys Argentine tango and playing the guitar.