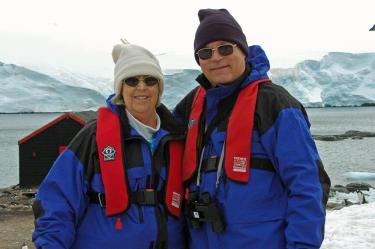 The Applied Mathematics Department is excited to announce the establishment of the John T. and Jill D. Bellows Endowed Applied Mathematics Scholarship. Through the generosity of CU alumni Dr. John and Jill, deceased, Bellows, APPM will support upper-division undergraduate students in Applied Mathematics who require financial assistance. Dr. John T. Bellows explained that “in this day and age, many students attend college by taking loans when they can’t obtain scholarships. I hope that this scholarship will allow these specific students to finish at a time when the academic demands of college may require more time and concentration.” Dr. John and Jill Bellows (pictured in the image to the right) are 1961 graduates of the University, and specifically, Dr. John Bellows is a graduate of the original Applied Mathematics program that existed within the Engineering college until 1965. The Applied Mathematics undergraduate program was revived in 1989. Jill Bellows received a B.A. in Political Science from the University of Colorado in 1961, then a B.S. in teaching from the University of Minnesota in 1963.

Many students attend college by taking loans when they can’t obtain scholarships. I hope that this scholarship will allow these specific students to finish at a time when the academic demands of college may require more time and concentration.

Dr. Bellows (pictured in the image below) started his career in the aerospace industry, tackling critical problems before retiring from engineering to pursue a career in counseling and social services. In both Dr. Bellows’ careers, he noted the importance of applied mathematics and hoped that applied mathematics students “realize that what they learn is applicable to most any field of speciality that they enter. They are not limited to math modeling of engineering elements, but what they learn is greater than just the math, it is a way of thinking and approaching any problem or issue.” 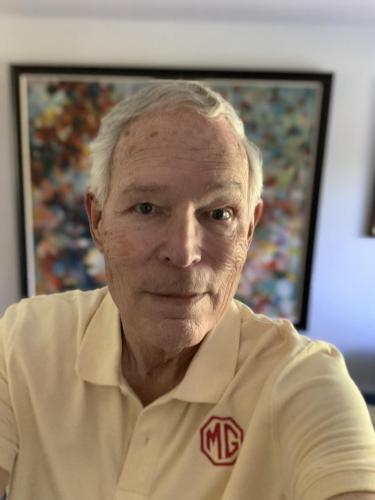 In the aerospace industry, Dr. Bellows “Formulated the Apollo Command Module control system constraints and performance parameters”, modeled sound propagation in water, developed air defense models for missile system evaluation, managed a plethora of engineering and software operations, and much more. In counseling and health professions, Dr. Bellows has been involved with counseling clients who have been diagnosed with developmental disabilities, and/or with emotional and/or chemical dependencies. Dr. Bellows has also developed an outpatient and residential program “for persons with developmental disabilities and who are substance abusers.” As well, Dr. Bellows is involved with the Los Angeles Probation Department program of Domestic Violence Rehabilitation as a facilitator, holding group sessions with domestic violence perpetrators. Dr. Bellows has been involved in teaching topics relating to both professions for almost 60 years, which contributed to both his and his wife’s dedication to education.

Being involved in two seemingly completely different careers, one might imagine that the lessons learned from each would be very different. However, Dr. Bellows noted that engineering and counseling are more similar than they might seem:

“After spending 30 years in engineering and specializing in the systems aspects of it, I learned that much, if not all, of the world is intertwined and dependent upon many other elements for successful and meaningful operation … I learned that most systems can be expressed mathematically and manipulation of the models can bring an understanding of the elements and their interaction with the system. We, as people in society, are much like elements in a larger system. To understand how we can participate in that system with other people and be satisfied and happy is much like understanding an engineering system. Only the human system doesn’t have as definitive a math model as a mechanical element. There are many more variations in the human happiness model than in any or all of the electrical-mechanical systems that I had been working with … I worked on understanding how people can control themselves much in a similar manner as the systems that I helped design while I was an engineer.”

In fact, Dr. Bellows was able to take his applied mathematics background and apply it to counseling:

“I have used the structured thinking of mathematics in my approach to counseling others because I use the therapy system developed by Dr. William Glasser who was a chemical engineer before switching to psychiatry and developing his Reality Therapy and Choice Theory.”

Jill Bellows continued her education and obtained a BS in Education at the University of Minnesota and then taught middle school in the Los Angeles Unified School System until her second son was born 9 years later. She then transitioned to the travel industry as an agent, teacher, and owner of a tour company for persons with physical disabilities. She used the education that she obtained at CU Boulder and her travel experiences to bring additional learning to her students at the Los Angeles Community Colleges and her clients on her tours.

Beyond their storied careers, John and Jill placed an emphasis on traveling to learn as much as possible about the world, but to also gain perspective on their own careers:

“We started traveling with a 10 week trip to Europe in 1967 and with Jill’s education in history, I had my own private guide to the correlation of all of the historical sites that we visited. This started me on an understanding of the connection between all of the past civilizations and current developments in the engineering advancements in which I was involved. The contrast between Europe and the South Pacific and the use of the land made a lasting impact on my view of my engineering work and my counseling perspective.” 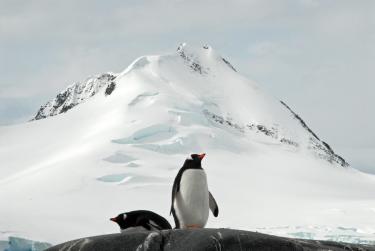 Furthermore, their travels instilled a perspective that is nearly impossible to learn without traveling and interacting with other cultures. Dr. Bellows explained that “the people in New Zealand were so very friendly and concerned with the ecology of the land” and that the native Maori people “have an interesting culture and it has been allowed to flourish since the British explorers colonized the islands. The British eventually made a treaty with the Maori that was kept, unlike the Americans here in the United States. The Maori could keep ownership of the land and the British would be the law enforcement between the seven tribes on both islands.”

These perspectives learned while traveling provide important insights in not only the many cultures of the world, but also on problems faced in the modern day, like the advancement of science and technology. While countries and populations may be divided politically, science, mathematics, and technology are places where people can come together for the benefit of the community. When speaking about the most impactful place he has traveled, Dr. Bellows commented that “it is difficult to state which place was the most impactful, but Antarctica seems to be near the top of the list. This is because it is the only land mass that doesn’t belong to a single country and is governed by the coalition countries that are doing scientific studies there. This shows that cooperation in the name of science can be achieved.”

It is the hope for future students’ success that John and Jill Bellows created the scholarship fund, augmented with the knowledge that applied mathematics can serve as a foundation for a plethora of impactful careers. The Department of Applied Mathematics is grateful for the generous support from John and Jill Bellows and hopes that this fund can serve to bolster a new generation of students who will make impactful contributions to the scientific community and world.

Note: Images in this article are courtesy of Dr. John Bellows.