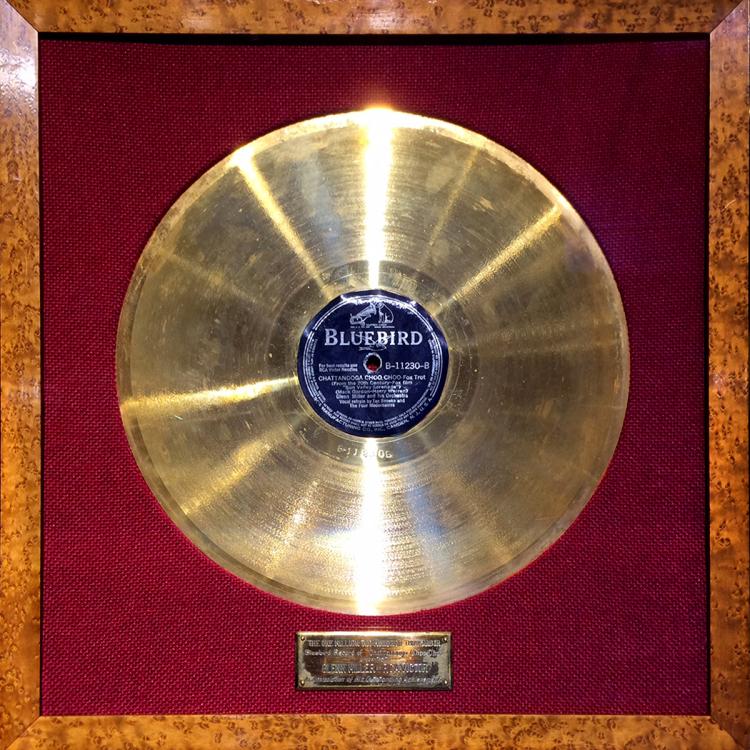 Alton Glenn Miller (A&S ex’26, HonDocHum’84) spent three semesters at the University of Colorado before pawning his college trombone for a bus ticket to Los Angeles. While enrolled at CU, he met his wife, Helen Burger (A&S’27).

In the 1940s, the Glenn Miller Orchestra brought Americans onto dance floors swinging to the music of wonder and hope. Unlike other big bands of the day, Miller created his unique sound by combining a clarinet lead with saxophones doubling an octave below. His favored instrument, the trombone, other brass and a rhythm section augmented the sound.

In 1942 Miller received the first gold record awarded by the recording industry for selling more than one million copies of “Chattanooga Choo Choo.” In all he garnered more than 30 gold records, including one for his “Moonlight Serenade” theme song.

At the height of his career, Glenn Miller enlisted in the service in 1942 with the intent to modernize the military bands and improve morale. The Glenn Miller Army Air Force Band played more than 800 performances, more than half of which were broadcast to millions of listeners. Tragically in December 1944, Miller’s plane disappeared over the English Channel.

The University of Colorado Boulder is the authorized repository of Glenn Miller memorabilia, photos and biographical materials. For additional information about the Glenn Miller Archive contact the American Music Research Center at 303-735-3645