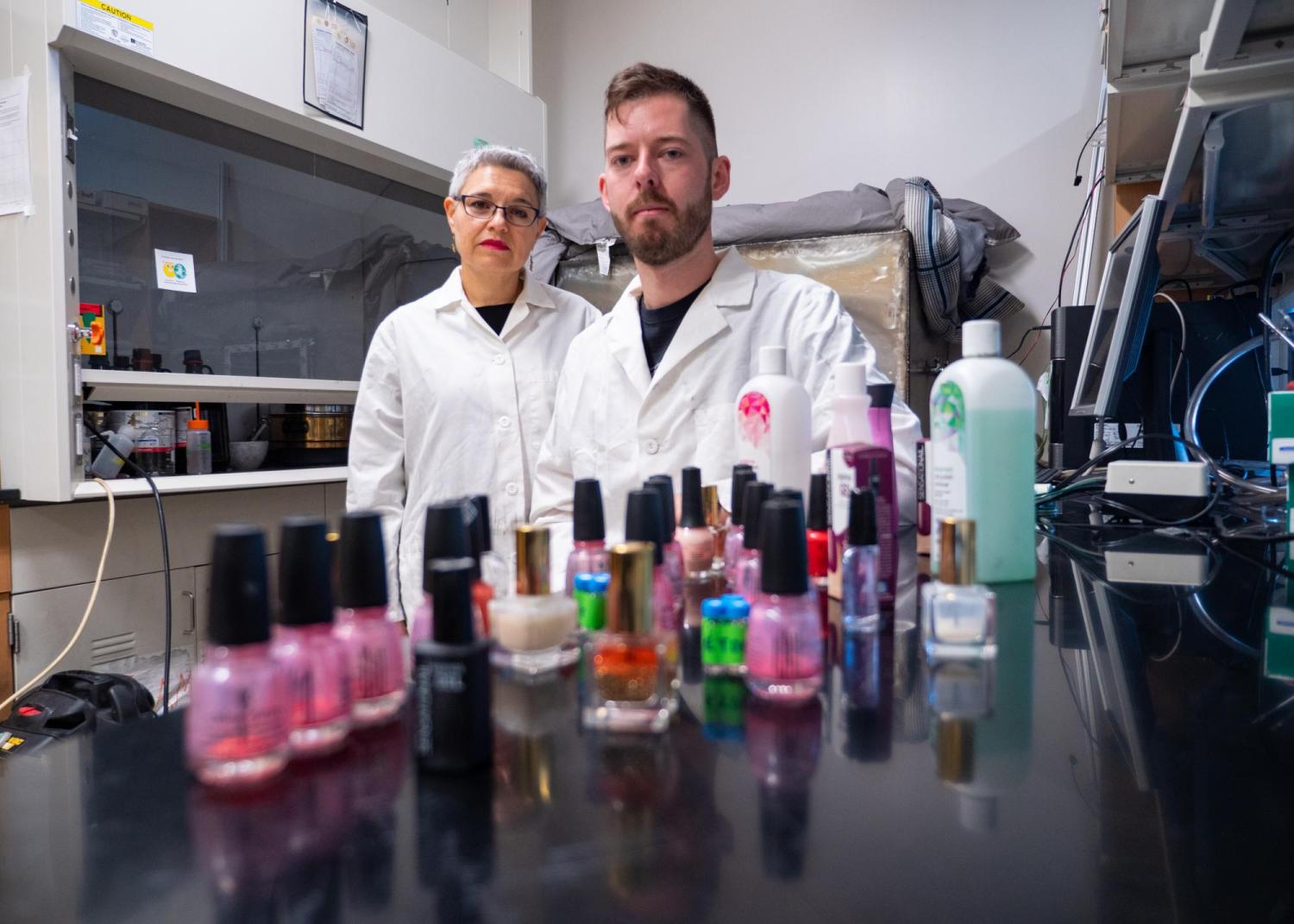 Colorado nail salon employees face increased health risks due to high levels of indoor airborne pollutants such as formaldehyde and benzene, new CU Boulder research finds, concluding that working in a salon is akin to working at an oil refinery or an auto garage.

The new study, which monitored volatile organic compound (VOC) levels in six Colorado nail salons, is among the first to illustrate the serious health risks prevalent in the industry, where technicians commonly work long hours and report symptoms such as headaches, respiratory difficulties and skin irritation.

The U.S. Environmental Protection Agency (EPA) has determined that long-term exposure to carcinogenic compounds significantly raises the chances of developing cancers such as leukemia and Hodgkin’s lymphoma.

“The study provides some of the first hard evidence that these environments are dangerous for workers and that better policies need to be enacted to protect them,” said Lupita Montoya, lead author of the research and a research associate in CU Boulder’s Department of Civil, Environmental and Architectural Engineering.

Montoya’s interest in researching airborne hazards in nail salons dates back nearly a decade. She recalls visiting a salon years ago and being struck by the pungent smell of open chemicals used in gel and acrylic nail applications. The air quality couldn’t be very good in such a confined space with poor ventilation, she suspected, drawing on her background as a mechanical engineer.

But while many of the VOCs from nail products had already been identified, no scientific studies had looked at the long-term health impacts for workers exposed to them day in and day out. Which compounds were in the air at what concentrations? And once released, how could they be removed?

On two separate occasions, Montoya tried to get field tests started, but securing a location proved difficult. More than 90% of nail salons nationwide are small businesses, employing a predominantly minority workforce and lacking the resources to adequately address worker health and safety. Fearing consequences, many declined to participate.

The researchers set up equipment to monitor known VOCs such as benzene, toluene, ethylbenzene and xylenes (BTEX, collectively) along with formaldehyde. While formaldehyde levels were similar to those measured in other settings, the study turned up higher-than-expected concentrations of harmful benzene, which has been linked to leukemia, in all six salons.

The real concerns, the researchers say, is for workers in this industry. Montoya and her colleagues asked employees to fill out questionnaires about employment practices, safety practices and health symptoms. Technicians reported working an average of 52.5 hours per week, with some ranging as high as 80 hours per week. Seventy percent of workers reported experiencing at least one adverse symptom, with common responses including headaches, skin irritation and eye irritation.

The study found that for workers in some salons, lifetime cancer risk was up to 100 times higher than baseline EPA-issued levels.

The researchers stressed that salon customers, however, face significantly fewer risks. The observed levels of air pollution observed are unlikely to have any negative health effects on all but the most vulnerable, such as those who are pregnant or have serious asthma. 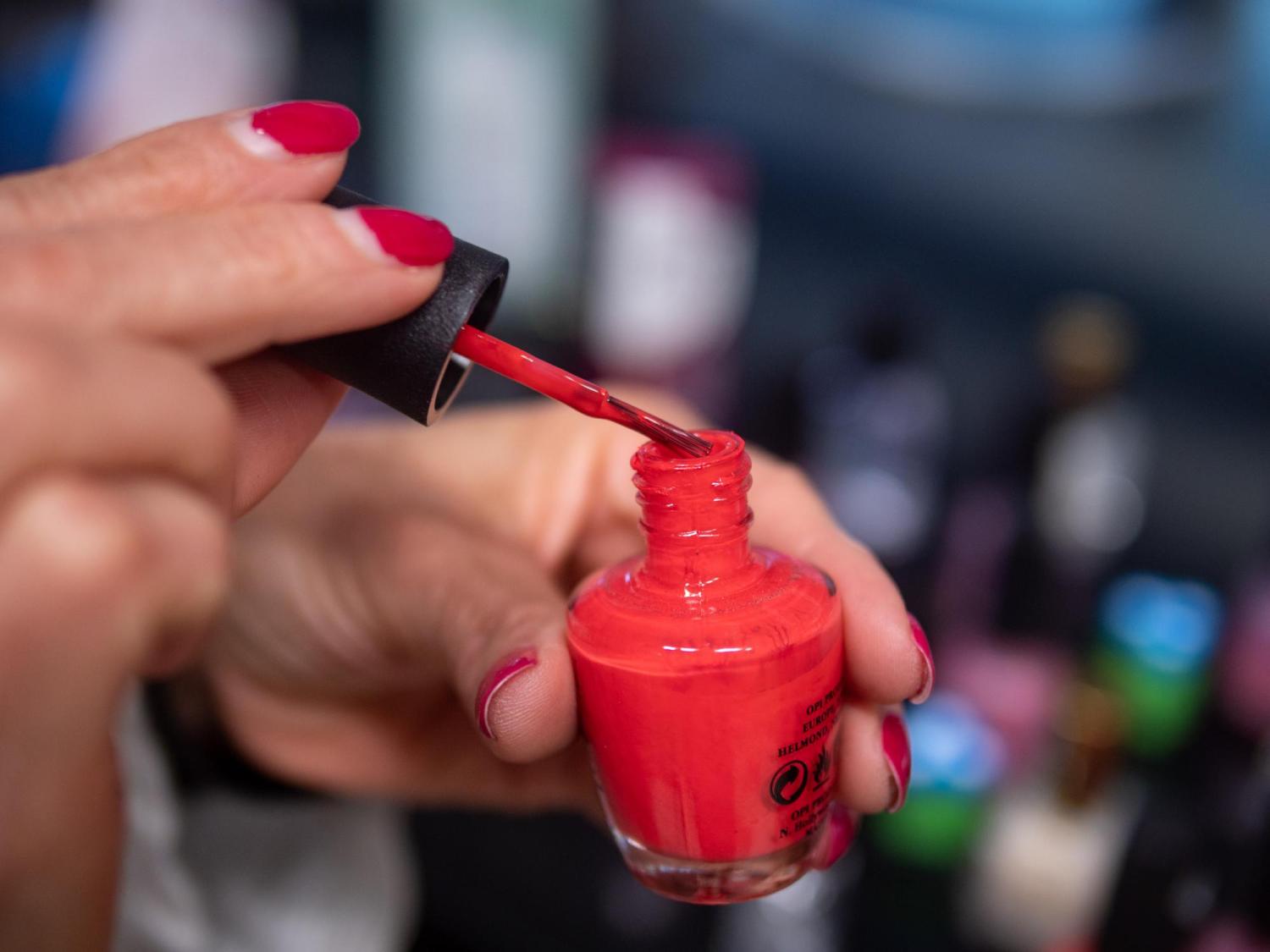 With the hazards readily apparent, Montoya said, the biggest question is how to remove VOCs safely and without disrupting the salon business. Montoya and her students had an answer: engineering as art.

“We’ve seen high rates of VOC removal with this method in controlled lab settings—nearly 100%,” said Lamplugh, “We’re still optimizing it for the field, where conditions are more unpredictable.”

With the support of a fellowship from CU Boulder’s Nature, Environment, Science and Technology (NEST) Studio for the Arts in 2018, Lamplugh teamed up with ceramicist and MFA candidate Camila Friedman-Gerlicz to use activated carbon-based materials to create gallery-worthy artwork. The pieces could hang on the wall in a nail salon, pleasing to the eye while quietly cleaning the air.

In an ideal real-world setting, small jets would sit at the end of each table, fanning the chemical fumes directly toward the charcoal artwork, efficiently eliminating lingering VOCs.

Bringing engineering innovations out of the lab and into the communities that will benefit from them most is crucial, Lamplugh said.

“There’s a huge knowledge gap and a regulatory gap right now,” he said. “We should invest in technology that’s going to solve a problem on the ground, where it’s accessible and usable.”

Montoya credits her undergraduate researchers (including study co-authors Feng Xiang and Janice Trinh) with embracing that mission and dedicating themselves to research that will improve quality of life, especially in underserved communities.

Doctoral students Aaquib Tabrez and Matthew Luebbers, along with their advisor Bradley Hayes, used augmented reality Minesweeper to gain insight into a robot’s decision-making process. They were awarded runner-up for best student paper at an international conference. END_OF_DOCUMENT_TOKEN_TO_BE_REPLACED

With a project called Tinycade, graduate student Peter Gyory has set out to recreate that arcade parlor experience from childhood—entirely out of junk. END_OF_DOCUMENT_TOKEN_TO_BE_REPLACED 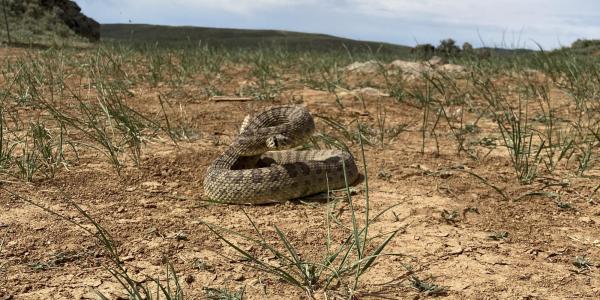 A new study of rattlesnakes in the western U.S. sheds light on how the reptiles evolve over time to keep up with prey resistance to their venom. END_OF_DOCUMENT_TOKEN_TO_BE_REPLACED
Return to the top of the page