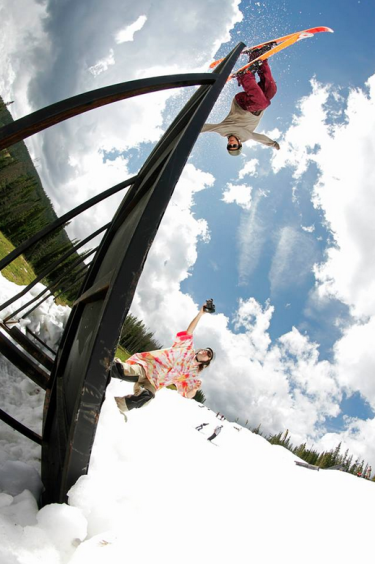 Freesking is a growing sport, and one major section of that growth is in the Terrain Park scene. The Park and Pipe Program for CUFST focuses on progression within Terrain Parks. These parks are designated areas on the mountain with various jumps, jibs, rails, taps, boxes, and bonks. There are several types of competitions this program will compete in including rail jams, slope style, and pipe skiing. Competing isn’t the priority of the program but is encouraged in a fun, safe, and inviting manor. The priority of the program is to take driven individuals and help them reach their skiing goals. With incredible coaching staff such as Cody Potter, Michael Suleiman, Alexis Keeney, and Jeremy Brown, and appropriate training regiment (dryland workouts, trampolining, diving), the athletes have all the tools they may need to reach their goals and have a blast while doing it. Athletes range from USCSA nationals champions learning their first double corks to big mountain riders taking their first laps through the park and relearning their love of skiing all over again by hitting their first jump or rail.