There is always something amazing to see in the sky 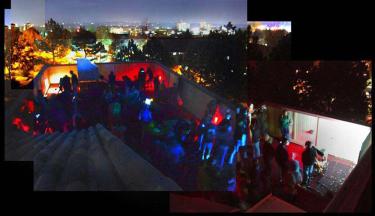 Watch this space for our next special event celebrating a celestial happening --- including eclipses, planets at opposition, conjunctions, and comets.

Join us to watch the Moon enter Earth’s shadow with our 20" PlaneWave telescopes.

The party continues at Fiske Planetarium --- See the eclipse through binoculars or watch the new fulldome film Forward! To the Moon at 8pm, 9pm, or 10pm ($5 for adults, $3.50 for students/children/seniors/veterans/military).

Details of the eclipse:

Want more info on all the eclipses occuring in 2022? Check out this Sky & Telescope magazine article, Solar and Lunar Eclipses in 2022.

Also, preview the eclipse with this video from NASA’s Scientific Visualization Studio.

Note: This event may be canceled due to inclement weather.

Join us in celebrating NASA’s soon-to-launch Webb Telescope, the next great space observatory, which will look farther into space than ever before. We’ll have telescopes to look through, hands-on activities and planetarium shows at Fiske. Stop by any time during 12-3pm.

The days events are FREE and sponsored by Ball Aerospace. 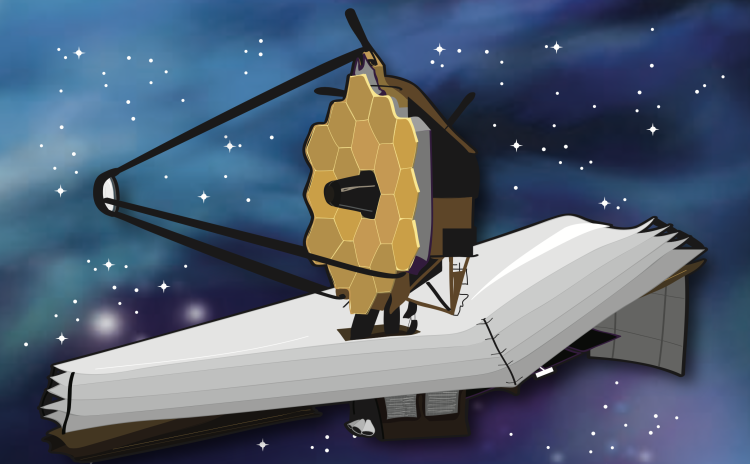 The Great Conjunction of 2020

Observing Update: Despite mostly clear skies, Boulderites battled an omnipresent cloud on the night of the conjunction which occasionally looked like the Great Red Spot of Jupiter (cool, but argh!). The high winds created poor seeing conditions (turbulence in the atmosphere) and we were only able to spot the conjunction a few minutes before it set behind the Flatirons. Here are a few photos from our socially distanced, masked, and safe team observing session. 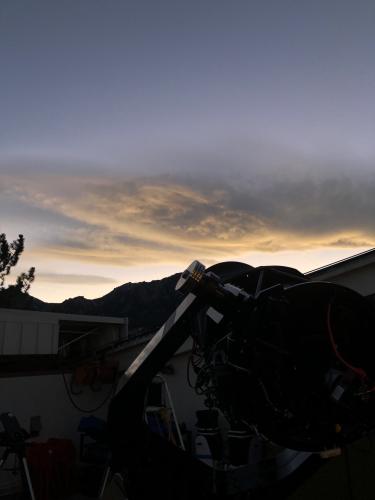 Photo of our Apollo 20" telescope attempting to spot the conjunction which is behind a cloud. 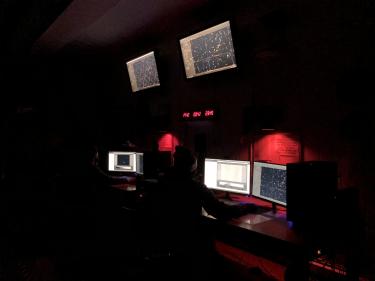 Our observing team hard at work. 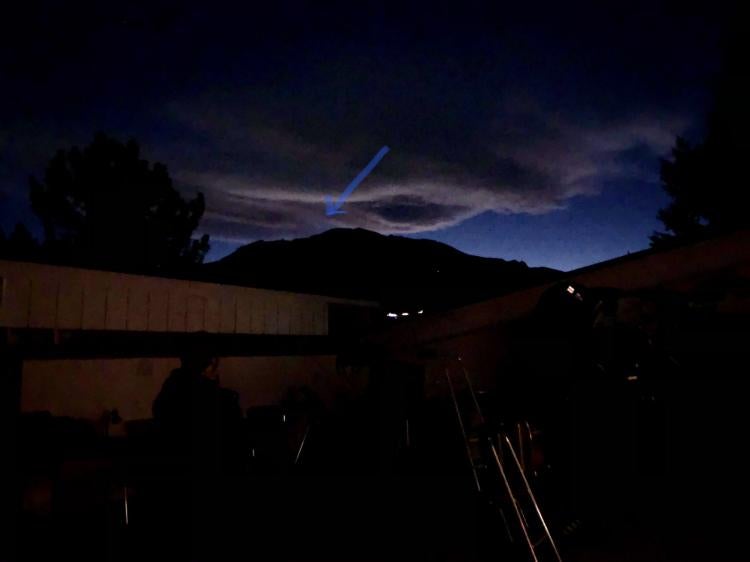 Follow the blue arrow to see the planets in the gap between the cloud and the Flatirons.

Avid skygazers have been observing Jupiter and Saturn dance together in the night sky throughout the fall. As the Great Conjunction of 2020 approaches, the two planets appear closer together each evening as they continue their tango in the sky. Our Earthly view makes it appear as though the giant planets are approaching each other (see image below). In actuality, Saturn is almost a billion miles away from us and Jupiter roughly half that distance. 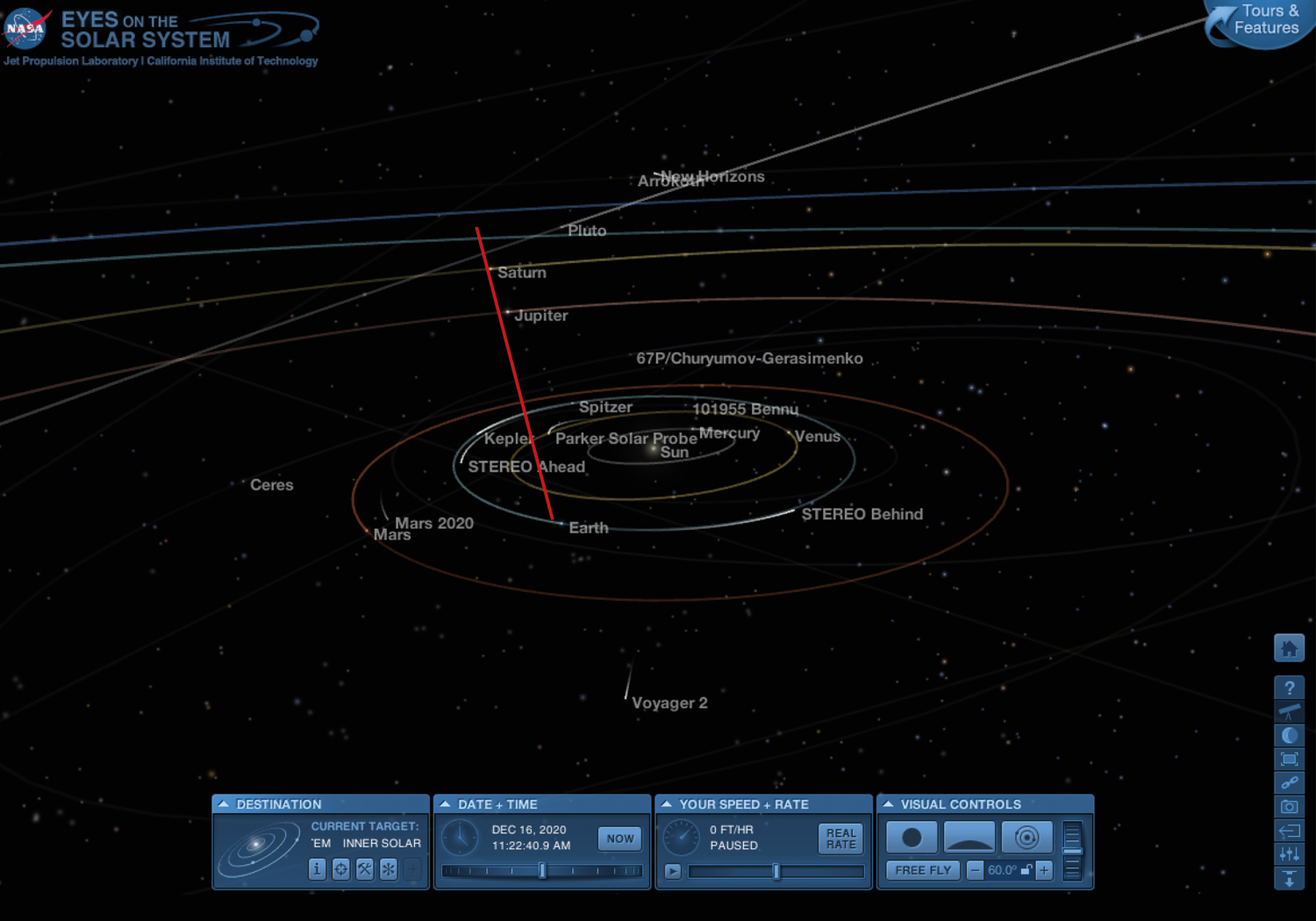 On Monday, December 21 the two distant planets will be in the closest visible conjunction since the year 1226. With only 6 arcminutes of separation, or 1/5 the width of the full Moon, both planets and their largest satellites will be visible in small telescopes. Observe the event soon after sunset to catch the spectacular view before the pair set behind the mountains.To read more about the conjunction, check out the Celestial Objects to Observe column from Sky & Telescope and The Great Conjunction of Jupiter and Saturn from NASA.

As the month of December continues, the planets will remain fairly close together as they continue to sink in the western sky, but Jupiter will move from the lower right of Saturn to the upper left. The gap between the two will continue to grow until January when they’re no longer visible at sunset. By the middle of March, we’ll start to see them rise in the eastern sky before sunrise.

Fiske Planetarium will be hosting a special virtual episode of Dome to Home - This Solstice: A Conjunction of Jupiter & Saturn on Friday, December 18 at 3pm. Catch this episode live and submit your questions in the chat box or watch or the recorded version on Fiske’s YouTube channel.

Watch this space for images from SBO! As the conjunction draws closer, we’ll try to capture a few photos with our telescopes. Although, not as easy as you might imagine it to be since the planets are low in the southwestern sky and the observing roof becoming somewhat of an obstacle for us. Additionally, while we’re thankful for the beautiful view from campus, the western horizon is obscured by the Flatirons. But fear not, we’re as excited about this conjunction as you are and will do our best to bring you some images. Until then, keep watching the magnificent show of the giant planets and their Great Conjunction of 2020! 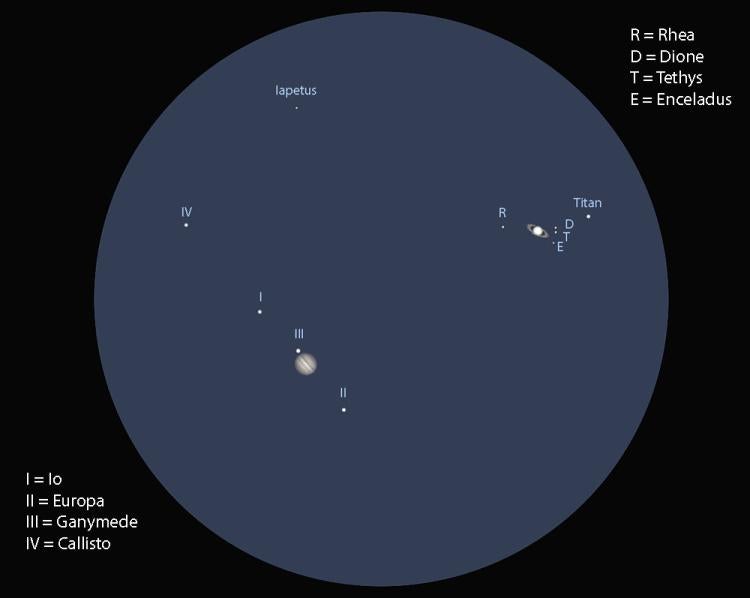 From Sky & Telescope article linked above. This simulated view depicts Jupiter and Saturn through the telescope around 6 p.m. EST December 21st. They won't be this close again until 2080. Despite appearances, Jupiter is 724 million kilometers closer to us than Saturn. North is at upper right. Image credit: Stellarium

Watch the transit of Mercury from the telescopes at SBO!

Livestream Transit of Mercury in H-alpha

Watch the transit of Mercury from the telescopes at SBO!

Despite the clouds and periodic snow, we watched Mercury cross (transit) in front of the Sun. Sommers-Bausch Observatory and Fiske Planetarium hosted live events.

Mercury appeared as a tiny dot moving across the brilliant Sun. Why was this a big deal? This astronomical rarity will only occur 14 times this century. The next transit observable in North America won’t happen until 2049. The only other planet we can see cross in front of the Sun is Venus. The last transit of Venus occurred in 2012 and the next one won’t happen until 2117.

The only safe way to view this astronomical event is through a special solar telescope or projected via a Heliostat or Sunspotter. REMEMBER! Looking at the Sun directly or through a telescope without proper protection can lead to serious and permanent vision damage.