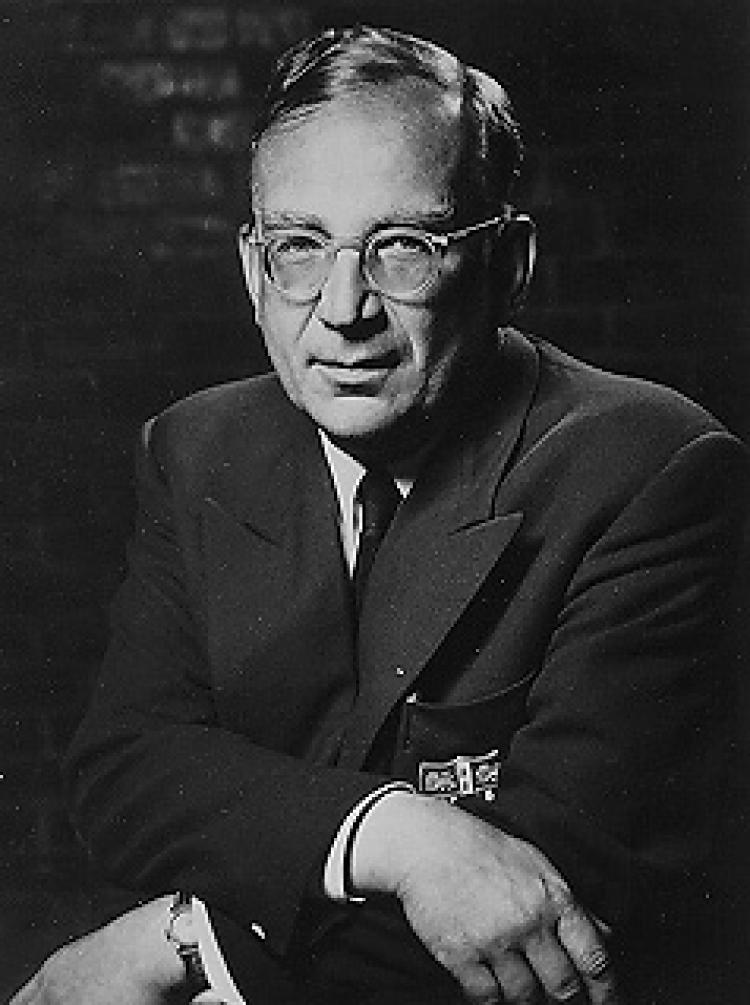 The George Gamow Memorial Lecture series honors the eminent Russian-born physicist, who joined the faculty of the Department of Physics at the University of Colorado in 1956. Professor Gamow brought enormous enthusiasm and breadth to the teaching of undergraduate courses for non-science majors as well as graduate courses and seminars. He continued his research and award-winning writing on science until his death in 1968.

To honor Professor Gamow, the George Gamow Memorial Lectures were initiated in 1971 by the Department of Physics and his widow, Barbara Gamow. When Mrs. Gamow died in December 1975, she left in her will an endowment to the Regents of the University of Colorado for the purpose of maintaining these free public science lectures at the University of Colorado at Boulder. The 1978 lecture and all subsequent lectures have been supported by this generous bequest.

The George Gamow Lecture Committee is proud to continue the tradition of presenting this series by bringing world-known scientists to the CU Boulder campus. The 51st George Gamow Memorial Lecture will be delivered by Dr. Kip Thorne on April 27, 2017.

Previous Gamow Lecturers include 25 Nobel Laureates and dozens of award-winning researchers and scientists.

A documentary describing the life of George Gamow is now available to stream on Youtube.