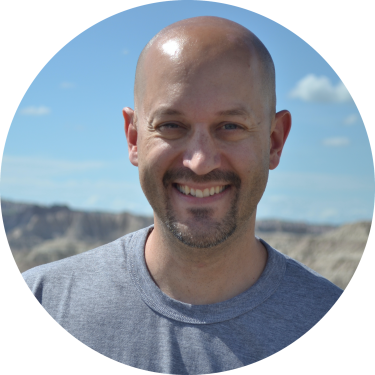 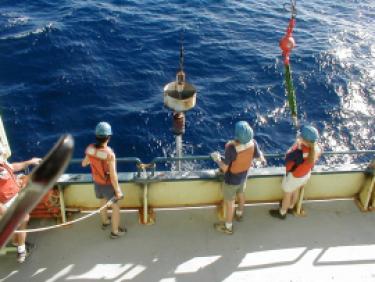 Graduate students assist with retrieval of a gravity core aboard the R/V Knorr in the Florida Straits. This coring device is useful for obtaining records of relatively recent climate, typically spanning some tens of thousand of years. Photo by Tom Marchitto.

As human activities continue to alter Earth’s climate, it becomes increasingly important to look to the past to better understand the future.

I am a paleoceanographer, studying large-scale changes in ocean circulation and biogeochemistry that occur over timescales ranging from a few years to millions of years. Major variations in ocean circulation, from the surface to abyssal depths, have influenced climate via the transport and storage of heat. The oceans also exert control over atmospheric levels of carbon dioxide, an important greenhouse gas. Such changes are reflected in the physical and chemical properties of seawater, including temperature, salinity, carbonate chemistry, radiocarbon age, and the concentrations of various nutrients. I use the chemistry of marine calcifiers, mainly foraminifera, as recorders of these properties.

I grew up in the geologically fascinating state of Connecticut, and was the first member of my family to attend college. Since collecting minerals and fossils were favorite hobbies of my youth, I decided to major in geology at Yale University. I did undergraduate research with geochemist Karl Turekian and micropaleontologist Kuo-Yen Wei. It was only natural to combine these two fields in my pursuit of a PhD in the MIT–Woods Hole Oceanographic Institution Joint Program. My principal advisors there were paleoceanographers Bill Curry and Delia Oppo, and Ed Boyle was also an important mentor. I then spent a bit over three years at the Lamont-Doherty Earth Observatory, working with a tremendous group of scientists that included my post-doctoral advisor Jean Lynch-Stieglitz, Lex van Geen, Peter deMenocal, Gerard Bond, Sidney Hemming, and Wally Broecker. I have been teaching at CU Boulder since 2003. 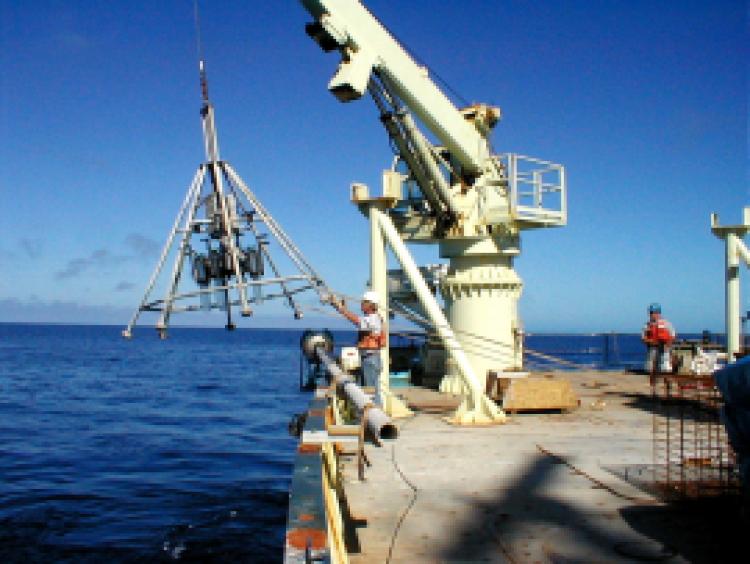 Paleoceanographers deploy a multicorer aboard the R/V Knorr in the Florida Straits. This coring device is designed to capture multiple undisturbed samples of the sediment-water interface. Photo by Tom Marchitto.

Below are some of my current research projects. I am also continually collaborating on multiple paleoceanographic studies spanning from the Pliocene to the Anthropocene.

PI: Anne Jennings; co-PIs: John Andrews, Alex Jahn, Tom Marchitto, Julio Sepulveda; Postdocs: Lineke Woelders, Hannah Zanowski
We are using numerical modeling and multi-proxy analyses of sediment cores from northern Baffin Bay to discover the timing and consequences of the Holocene (post-glacial) opening of the western gateway for Arctic freshwater to the Labrador Sea. We hypothesize that the establishment of this connection through the Canadian archipelago was important for the Atlantic meridional overturning circulation (AMOC) and the development of the North Water Polynya. Supported by NSF OPP Arctic Natural Sciences (2018-2021).

Fertilizing the North Atlantic: How Greenland's Icebergs Raft Sediments into the Ocean

PI: Irina Overeem; co-PI: Tom Marchitto; PhD student: Ethan Pierce
The rapidly changing Greenland Ice Sheet supplies about 8% of the global riverine sediment flux to the ocean. Sediments rafted by icebergs might be an even greater flux, but constraints are poor. We are using field work, laboratory analysis, and numerical modeling to improve quantitative estimates of the modern fluxes of sediments and soluble iron (an important micronutrient) from Greenland icebergs. Supported by CU Boulder Research & Innovation Seed Grant (2018-2021).

FORABOT: An Autonomous and Accessible System for Sorting Foraminifera

Collaborative PIs: Edgar Lobaton, Tom Marchitto; co-PI: Michael Daniele
We are developing an autonomous sorting system for foraminifera, which will be accessible (in terms of usability and cost) to the scientific community. The automated identification of forams to the species level is accomplished using machine learning, developed under our prior NSF grant "A Visual System for Autonomous Foraminifera Identification." The current system makes use of micromanipulation and microfluidics to facilitate the transport of forams from a hopper to their sorted receptacles. Supported by NSF OCE Ocean Technology and Interdisciplinary Coordination (2016-2018 & 2019-2021).

Development of Individual Foraminiferal Mg/Ca to Reconstruct Past ENSO Variability

PI: Tom Marchitto; PhD student: Brigitta Rongstad
Since planktic foraminifera only live for a few weeks, each shell provides a monthly-scale snapshot of upper ocean conditions. By measuring the paleotemperature proxy Mg/Ca in a population of individual shells, we can probe questions about past climate variance, such as seasonality and interannual variability. We are using tropical Pacific core tops to show that this method is valid, by constraining the impacts of partial dissolution, and by comparing fossil population statistics to upper ocean instrumental temperatures. We then apply the approach to infer ENSO variance during the Last Glacial Maximum. Supported by NSF OCE Paleo Perspectives on Climate Change (2016-2018).

Deep Ocean Storage of Heat and CO2 in the Fram Strait, Arctic Ocean During the Last Glacial Period

Deconvolving the saturation state and temperature controls on benthic foraminiferal Li/Ca, based on downcore paired B/Ca measurements and coretop compilation

A simple biomineralization model to explain Li, Mg, and Sr incorporation into aragonitic foraminifera and corals

Understanding the Effects of Dissolution on the Mg/Ca Paleothermometer in Planktic Foraminifera: Evidence From a Novel Individual Foraminifera Method 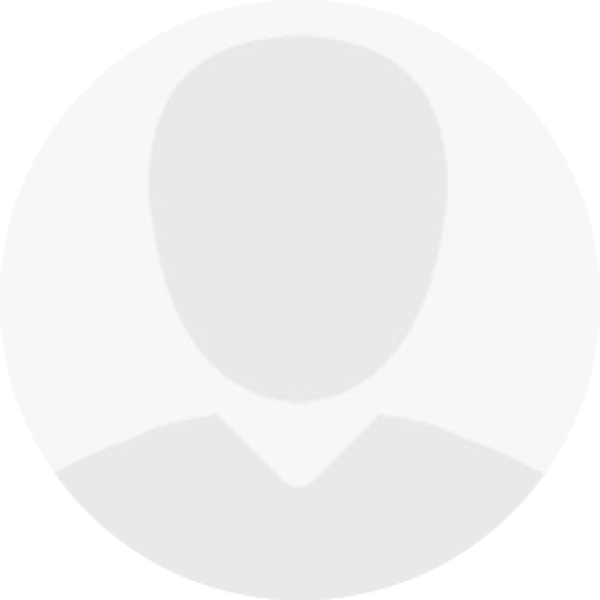