INSTAAR researchers publish influential scientific papers and other publications, many of which are highly cited or gain news or social media coverage. These publications are part of CU Boulder’s overall excellence in the Earth and environmental sciences. Collectively, CU-Boulder papers in the geosciences generate more citations than those of any other university in the world.

Browse our INSTAAR publications, along with lists of theses and scientific publications by INSTAAR researchers. 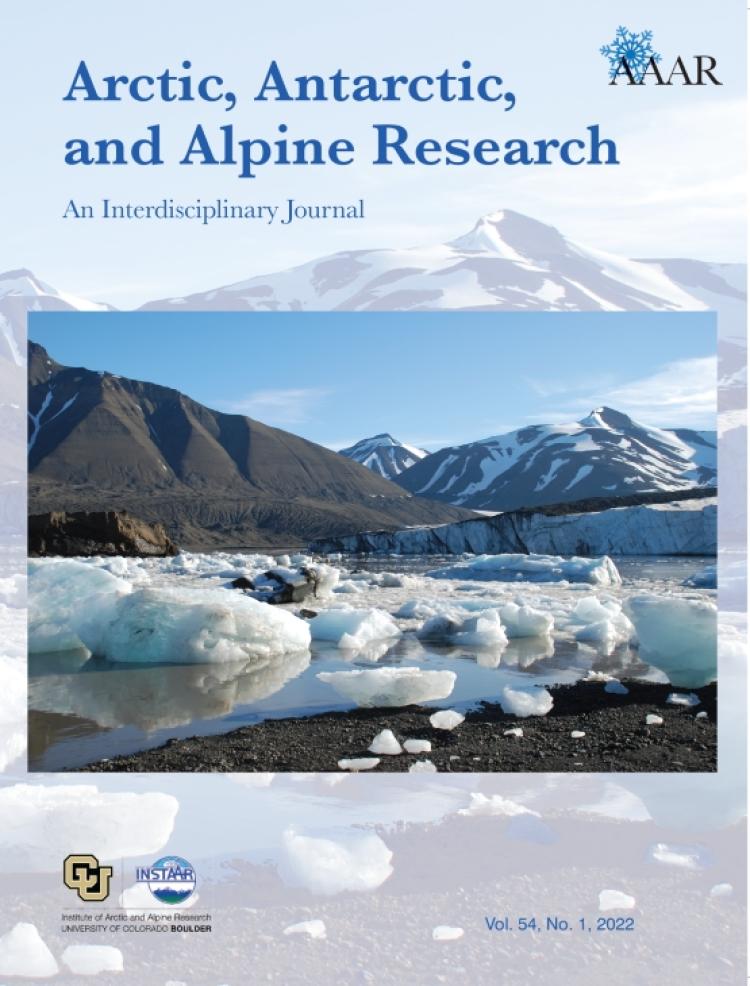 AAAR primarily covers environmental science from modern to paleo timescales, with an emphasis on climate change in mountain and high latitude regions. Topics include ecology, climatology, glaciology, and biogeochemistry. Articles are peer reviewed. The journal is online only, with 310,000 views/downloads in 2020. INSTAAR staff select editors and reviewers and control content; Taylor and Francis Online publishes and hosts the journal.

AAAR is publishing a new series of science briefs called “Arctic Answers,” which are written by science experts to answer policy-relevant questions about the Arctic and climate change impacts.

INSTAAR published 61 documents in its Occasional Papers series from 1971–2013. These documents include meeting proceedings and map series as well as compilations and assessements of glacier data, radiocarbon dates, water quality, and more.

Popular papers in this series

publications
per year
by INSTAARs

times more citations
for an ave. INSTAAR publication
than the field average

of INSTAAR publications
are highly cited
vs. field average of 1%

university
in the world
in geoscience citations

When INSTAAR publications are combined with other science departments and institutes across CU Boulder, our collective papers in the geosciences generate more citations than those of any other university in the world.

The numbers above are based on data from Clarivate for the period 2016-2020 from the Web of Science and Essential Science Indicators database. Web of Science defines a “highly cited” publication as ranked in the top 1% by citations for their science field (discipline) and year.

The below listings show most of INSTAAR's recent publications, derived from the CU Experts website.

A subset of publications are missing, particularly from retired and emeriti faculty and students.  In addition, student authored publications are only included if they are co-authored by an INSTAAR faculty member.  We are working with the university to help make its publications database more complete in the future.

Immediate and long‐lasting impacts of the Mt. Pinatubo eruption on ocean oxygen and carbon inventories

Seasonal temperatures in West Antarctica during the Holocene

Improving snow albedo modeling in the E3SM land model (version 2.0) and assessing its impacts on snow and surface fluxes over the Tibetan Plateau

Moving Land Models Toward More Actionable Science: A Novel Application of the Community Terrestrial Systems Model Across Alaska and the Yukon River Basin

Introduction: Processes and Palaeo-Environmental Changes in the Arctic from Past to Present (PalaeoArc) special issue

We won’t be fooled again

OpenEarthscape and CSDMS: Modeling Resources by and for the Earth and Planetary Surface Processes Community