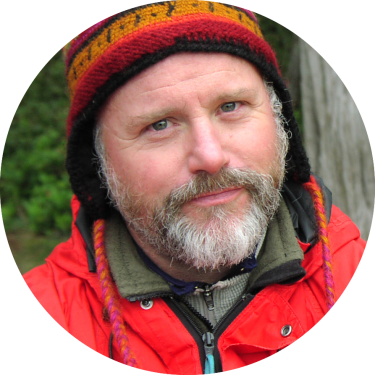 Bruce manages the INSTAAR Stable Isotope lab and uses stable isotopes to study biogeochemical processes that control environmental change on human timescales.  The lab collaborates with the NOAA Global Monitoring Division and measures stable isotopes of bi-weekly atmospheric trace gas samples from over 50 sites, adding to a 20+ year global database. The lab also creates extremely high-resolution paleoclimate records from stable isotopes of polar ice cores from Greenland and Antarctica.  With a fleet of 8 mass spectrometers and a growing number of laser-based spectroscopy instruments, the lab continues to pioneer new methods and techniques using stable isotopes for a variety of applications. 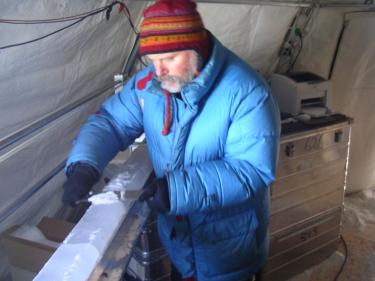 Bruce prepares an ice core for conductivity measurements while working in a remote field camp.

Jim White and Bruce Vaughn began the Stable Isotope Lab at INSTAAR in 1989 with 2 mass spectrometers, focusing on ice cores and developing methods for measuring isotopes in atmospheric CO2. The lab has now grown to include multiple instruments and multiple projects. Bruce manages the lab with its current staff of five, plus graduate students, and collaborates with many researchers on a variety of projects. Prior to INSTAAR, Bruce was with the Water Resources Division of the USGS, Project office Glaciology. His passion for Earth science has always included an important role for field work. Sites over the years have included Greenland, Antarctica, Ecuador, Alaska, the Central Pacific islands, Grand Canyon, and the North Cascades.

Current efforts include a pioneering effort into the use of unmanned aerial vehicles (UAV's, or drones) for making measurements of atmospheric water vapor and stable isotopes.  The findings will inform a better understanding of ice sheet-atmosphere interactions and implications for quantifying direct sublimation, which impact surface mass balance, and by extension, sea level rise.  This deeper understanding of water vapor and post-depositional changes in isotopes of surface snow will also further illuminate our interpretation of isotopic signatures in ice cores. 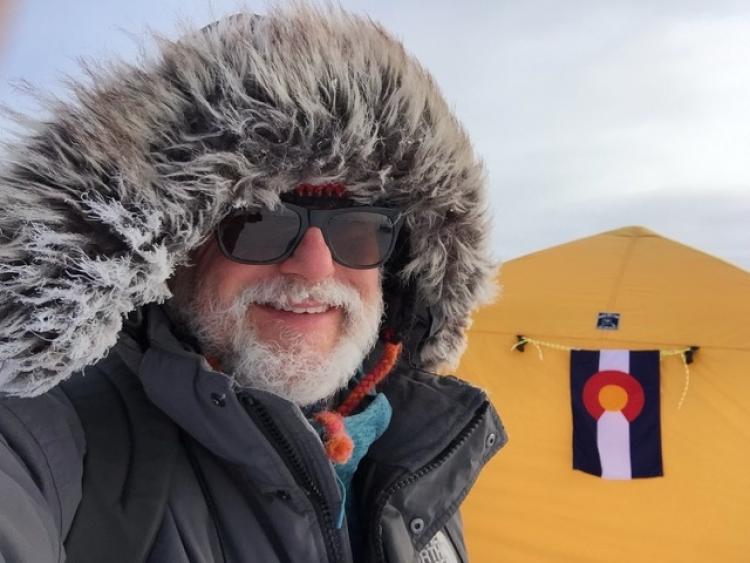 In addition to carbon cycle relevant measurements of atmospheric greenhouse gases, my field research is closely linked to the laboratory analysis of stable isotopes in ice cores from polar regions. More recently we have been investigating the role of water vapor isotopes in the atmosphere above the Greenland Ice Sheet.  This is important because not only does the atmosphere transfer climate information to the ice sheet via precipitation that eventually makes up the ice core record, but the ice sheet exchanges water vapor with the atmosphere between snow storms, and possibly during them.

To do this we have employed unmanned aerial vehicles (UAV's) or drones to collect air samples that we analyze. In 2018 we deployed a multi-rotor drone to prove the concept of remote sampling capability to ~500 meters above the ice sheet at the EGRIP Ice Core site in NE Greenland.  In 2019 we used a fixed wing (3 meter wing span) UAV to collect samples 1,500 meters above the ice sheet, well into the planetary boundary layer.  Results from these studies will deepen our understanding of the ice core record as well as shed light on direct sublimation of the ice sheet and the surface mass balance of Greenland.

Faces of the Front Range: Scientists Bruce Vaughn and Bradley Markle look to save the world by understanding it. Story in the Denver Post about the work of the Stable Isotope Lab.

Bruce Vaughn, who runs our Stable Isotope Lab at INSTAAR, is also a volunteer firefighter with the Four Mile Fire Protection District. Twitter takeover from October 23, 2020. 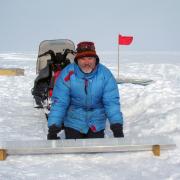 Faces of the Front Range: Bruce Vaughn and Bradley Markle look to save the world by understanding it (Denver Post)

Denver Post profile of a visit to the Stable Isotope Lab, where Bruce Vaughn and Brad Markle shared ice cores, knowledge, and what keeps them going while researching the climate past and present. To read this article, you may need to enter your email address.

END_OF_DOCUMENT_TOKEN_TO_BE_REPLACED 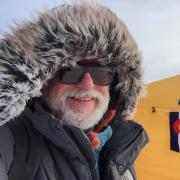 Climate change - we all know that it's happening, but how do we actually know this scientifically? Bruce Vaughn studies glaciers up at the North Pole, looking at ice cores to study how our climate has changed over the Earth's history. We talk about how this is done, and also how we are now entering uncharted territory of atmospheric CO2, warming, and what we as a species can do about it.

END_OF_DOCUMENT_TOKEN_TO_BE_REPLACED 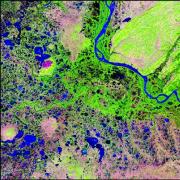 A new INSTAAR-led project will engage Indigenous and Western knowledge systems to better understand abrupt permafrost change in Alaska. The National Science Foundation selected the project as part of its Navigating the New Arctic funding area, one of ten “Big Ideas” that NSF is investing in as an area of profound national challenge and opportunity. The research project brings Alaskan communities together with social and natural scientists to examine changes in permafrost thaw lake environments, including associated effects on villages in the Yukon River watershed.