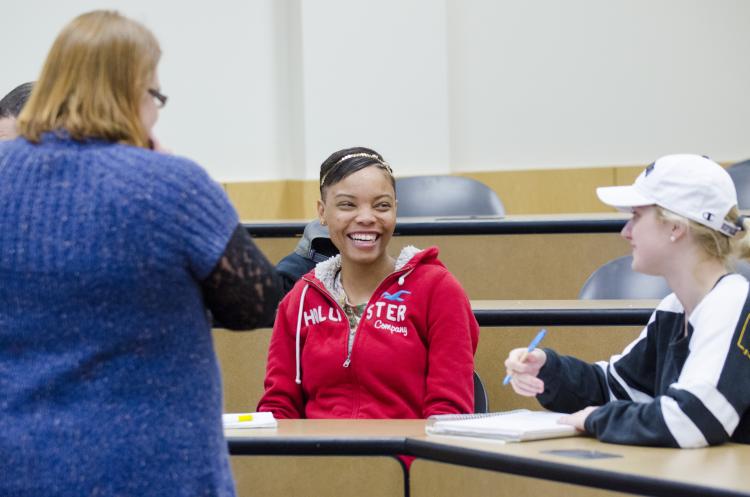 Use the CU Class Search to search by core, gen ed, specific subjects, keywords, instructors, etc. for the current and upcoming semesters.

For all German courses, search the CU Boulder Course Catalog. Not every course listed is offered each semester.

GRMN 3141-3. Topics in Modern German Culture and Society: The Culture of Sports
The Culture of Sports Looks at the role athletic competition, sports, and games have played in German history from 1813 to the present. Focuses on the history of Olympic Games, on the relations of sports and political movements, on the game of “Fussball” and its difference to American football, and on recent German exploits in professional cycling.

GRMN 3520-3. Open Topics in Cultural Context German Graphic Novels and Memoirs
German Graphic Novels and Memoirs canvases graphic novels and comics from the past decade to examine multimodal storytelling, personal narrative, and reflection upon or engagement with historical narratives. Our main focus is the intersection of history, memory, and the visual image, and how comics and graphic novels connect with identity performance and creation. TAUGHT IN GERMAN.

GRMN 5420-3. Open Topics in Cultural Context: Black German Poetics
Black German Poetics highlights the cultural production of the Black diaspora living in Germany from spoken word to poetry and hip hop. This seminar engages with a variety of genres to explore motivations and development of Black German poetic styles and modalities, as well as fundamental theories in Global Black studies, German poetics, and personal narrative and storytelling. Graduate course, TAUGHT IN GERMAN.

GRMN 3141-3. Topics in Modern German Culture and Society: German Colonial Legacies
German Colonial Legacies Explores and discusses the “long reach” of the German colonial imagination and its fantasies as seen through the lens of Black and Afro-German cultural production, as well as the developing field of German colonial history, contemporary debates about museum holdings, and its connection to the broader fields of Black German and Diasporic studies.

GRMN 3141-3. Issues in German Politics and Literature: Contemporary Political Lit
Examines political fiction by contemporary German female authors and film makers who engage critically with political issues from Germany’s violent past to contemporary issues such as climate change and immigration. Topics include: migration and ethnonationalism, the rise of the alt-right/neo-Nazi movement, climate change and Querdenker, as well as the politics of disease and vaccination. We will read texts by Merle Kröger, Sybille Berg, and Helene Bukowski, among others.

GRMN 5410-3. Graduate Seminar: Topics in Early 20th Century German Society: Utopia and Queer Poetics
Utopia and Queer Poetics What is a queer utopia and how might poetry and literature be uniquely equipped to imagine it? Is it a radical attachment to enjoyment in the here and now? Is it a fleeting, yet hope-filled, moment of desire? Is it a form of resistance aimed toward the future? To approach these questions, we will ground our discussion in readings by queer theorists such as Ahmed, Edelman, Halberstam, Lorde, and Muñoz. We will then inquire into the futurity, ephemerality, potentiality of a queer poetics (and a poetics of the queer) in German, Austrian, and Swiss prose and poetry in the early 20th century.

GRMN 3141-3. Topics in Modern German Culture and Society: The Culture of Sports
The Culture of Sports Looks at the role athletic competition, sports, and games have played in German history from 1813 to the present. Focuses on the history of Olympic Games, on the relations of sports and political movements, on the game of “Fussball” and its difference to American football, and on recent German exploits in professional cycling.

GRMN 5510-3. Current Issues in German Literature: States of Emergency
Investigates manifestations of power and authority by focusing on the concept of the state of emergency from Carl Schmitt's famous definition of sovereignty, Walter Benjamin's Critique of Violence, and Hannah Arendt's study of totalitarianism, to Giorgio Agamben's Homo Sacer, and Naomi Klein's "disaster capitalism". We will look into the history of crises and how crises have influenced perceptions of historical progress. From natural catastrophe and war, to terrorism and the global Covid-19 pandemic, we will discuss how crises have driven the demand for sovereign forms of authority. (Approved as elective for the Critical Theory Certificate)

GRMN 5520-3. Current Issues in German Literature Media: Refuge/Refugees
Introduces the diversity of refugee migration in German culture from the mid-20th century to the present through cultural "texts," including those created by or in collaboration with refugees. These include film, comic journalism, essays, literature, blogs, hashtag campaigns, music, etc.These texts are discussed in relationship to several relevant bodies of theory: the ethics of hospitality and cohabitation, critical race theory, memory studies, biopolitics and precarity .

Examines issues pervading contemporary German literature, such as concerns of youth, gender, stereotyping as it affects women and men in their relations with one another, loneliness and sexual frustration, work experiences, and other issues. May be repeated up to 6 total credit hours when topic varies. Department enforced restriction: ability to read unedited German and to speak German.

GRMN 3520-3. Open Topics in the Cultural Context: On the Threshold: Culture between Analog and Digital
How has culture changed in the postdigital age? How can we think critically about the differences between analog and digital culture? To answer these and other questions, this course will focus on literature, art, and culture from the 1950s to present. The class will explore canonical digital works in their original environment and context.Taught in German. Department enforced prereq., GRMN 3020 (minimum grade C-). Arts Sci Gen Ed: Distribution-Arts Humanities

GRMN 3504-3. Topics in German Film: The Essay and the Essay Film
Introduces the essay film, a hybrid genre situated at the crossroads of literary and cinematic "writing". Students will learn about the history and development of the essay film and become familiar with the essayistic works of a number of filmmakers. They will write informal essays and learn to make essay films on their own, as well as in a group.

GRMN 5510-3. Topic: Josef Roth
Explores the novels, short stories, and journalistic work of Josef Roth, including an examination of their context in the Weimar Republic. 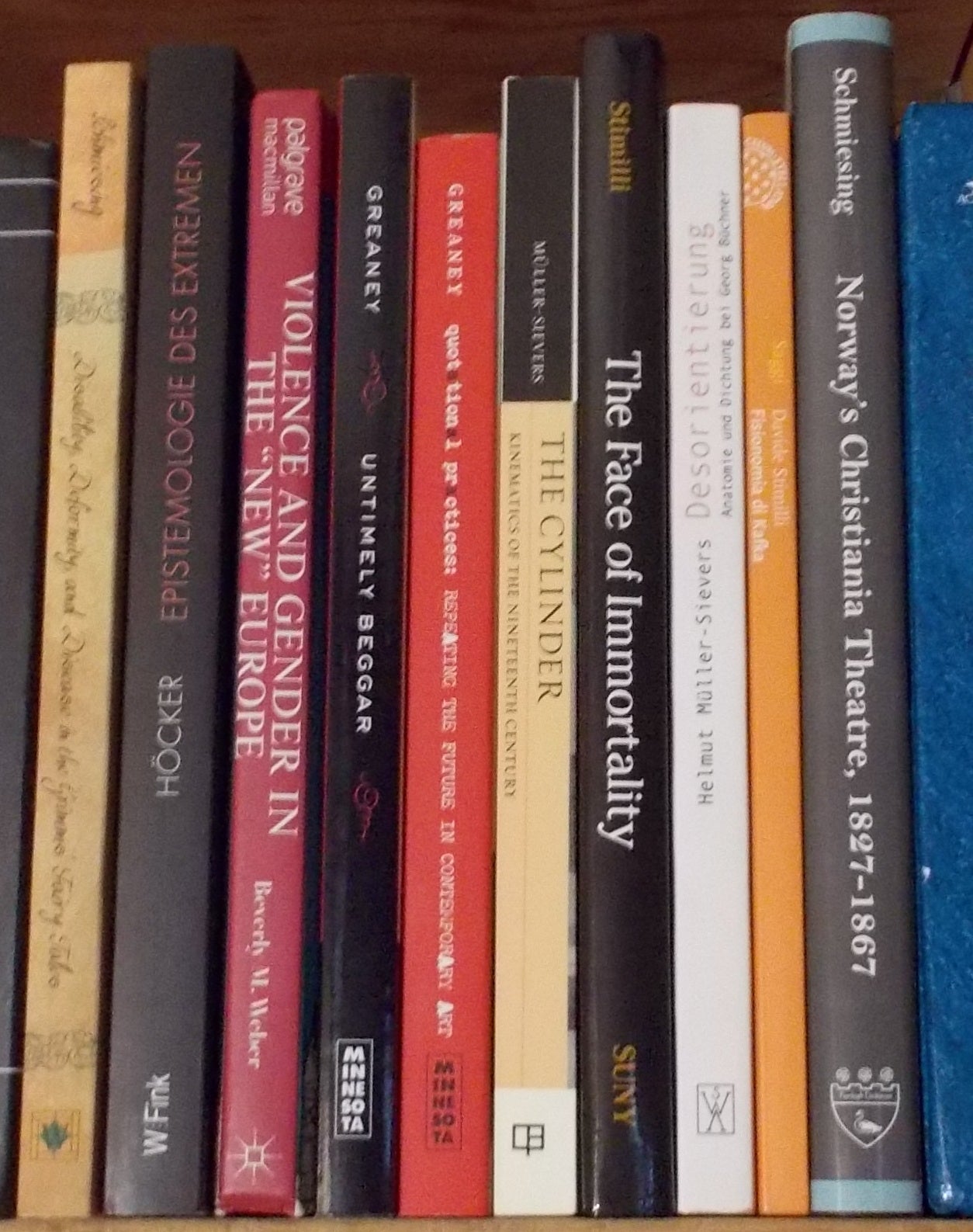