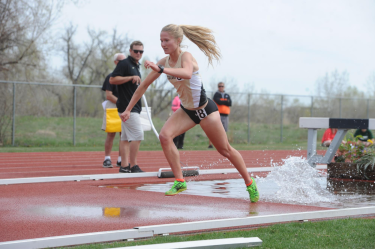 This will be her third appearance in the women’s 3000-meter steeplechase. She dominated the first preliminary heat, finishing third overall in 9:44.5 -- her personal best. This preliminary heat featured three of the top four times in the nation for this event. Constien is going into the second heat of the preliminaries ranked fourth in the nation, working toward beating the defending national champion.

Good luck to Val Constien as she represents the Buffs one last time! 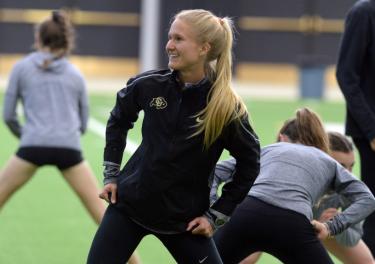 On June 8th 2019, Constien competed at the 2019 NCAA Outdoor Track and Field Championships in Austin, TX and finished in 6th place in the nation for the steeplechase. She finished with a time of 9:51.22.
Way to represent the Buffs, Val!

"Competing in the steeplechase as a Buff is one of the biggest honors I have accomplished in my collegiate career. While my expectations for NCAA's was greater than my performance, I'm still proud of my efforts! Next year I plan on running some more in the hopes of competing in the Olympic Trials of 2020. This might be my favorite aspect of running; no matter the outcome of your last race, you can always chase your next race." Constien said.