What I Did With My EMP Degree: Civil Engineering 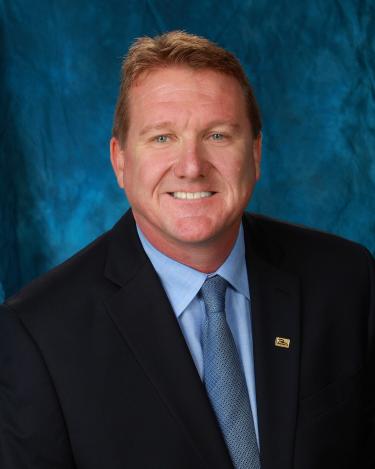 What Does a Civil Engineer Do?

According to Poe, civil engineers in public service jobs have to be agile and ready for anything.

“There's a lot of putting out ‘fires’ during the day," says Poe. "If we get a call from the city manager’s office or a customer about an issue, our team jumps on it and tries to get a solution or find a resolution as quickly as possible.

Ironically, Poe defines “being taken for granted” as a metric for success in jobs with civil engineering obligations in state and local government.

“If the phone isn’t ringing, then things are going pretty well,” says Poe. “When the city staff starts receiving phone calls telling them people have low water pressure or they cannot flush their toilets, or they are getting stuck at traffic signals, that's when we know  something could be wrong and there is an opportunity to respond to address the concerns.”

The desire to do a better job inspired Poe to study for his Master of Engineering in Engineering Management degree at CU Boulder.

“I was at a crossroads in my career,” says Poe. “I knew that I wanted to move up in the organization I was working for at the time or get a promotion at another city. I felt having my master’s degree would make me a little bit more valuable and help me get more noticed.”

“I did consider a master’s of public administration and a master’s of business program,” says Poe. “However, I felt like the Engineering Management degree at CU Boulder checked all the boxes when it came to the structure and the topics within the Program, as well as having an engineering focus.”

Poe describes the process of going back to school for his master's degree as very different from his experience of studying for his bachelor's degree in civil engineering as a traditional student straight out of high school.

“I liked college and I really enjoyed being a student,” says Poe. “I had a little too much fun, so it took me about six and a half years to get my bachelor’s degree. It's funny how your study habits and your motivation change. With the master’s degree, I couldn't wait to get to class and learn. It’s a different paradigm and a different perspective, that's for sure.”

It wasn't just Poe's attitude to learning that had changed. The ability to study online was a leading factor in selecting the Engineering Management Program at CU Boulder.

“The Program at CU Boulder piqued my interest because it was online and was very flexible," says Poe. "It was only 30 hours and could be balanced around my work/life schedule. Obviously, work and family had to come first. In addition, the setup at CU Boulder meant I could study with either an asynchronous or synchronous learning format. That model and the ability to juggle it worked for me.”

Poe admits that he had reservations about online learning at first.

“Initially, I didn't know how I was going to handle online learning, but it took me a lot less time than I thought to get up to speed,” says Poe. “CU Boulder did a great job with the online tutorials before the classes started. They really helped you get tuned in to how the online learning platform worked. You knew where the buttons were and how to participate.”

As soon as the classes started, Poe quickly felt at home with online learning.

Poe suggests that online learning platforms are very similar to many technologies being used today in business to navigate social distancing regulations in the wake of the pandemic.

“Had COVID-19 happened in 2014, perhaps I would have been a lot less nervous about the technology,” says Poe. “It was an adjustment, but it wasn't something that the average person couldn't quickly overcome.”

While Poe enjoyed the flexibility of online learning, he is quick to highlight that taking an online degree isn’t an easy option and students need to be prepared to put in the work.

“There were some late nights for sure," says Poe. "In my world at the time I was in school, I was required to attend city council meetings and planning and zoning meetings. There were nights when those meetings clashed with classes. I tried to attend every class synchronously so that I could have that interaction live. The times I had meetings for work, I had to either wait until the next day to watch the video or do it that night.”

As an engineer who "goes looking for challenges," this was all part of an experience that Poe enjoyed.

“I found getting up in the morning and watching a couple of hours of class videos helped get my day started,” says Poe.

Poe admits that the Program did require a significant investment in time over the two years he committed to his studies.

“I was taking two classes a semester,” says Poe. “So that was two hours a night, four nights a week, and then you've got your time afterward. I was probably spending three or four hours per day on my studies. To be able to get it done in two years, I had to take some summer classes. They were back-to-back and quite arduous. But I got through it, and it allowed me to graduate in two years.”

As with many other jobs in local government, Poe has to balance his department’s output with finite resources.

“My department is comprised of just 38 people,” says Poe. “We are very lean, so making good efficient use of our time is imperative.”

Based on these challenges, Poe found the EMP’s leadership classes to be the most valuable and enjoyable.

“The lean management concept I was introduced to was just fascinating,” says Poe. “It helped me with some of my management and project management challenges and how I could apply total quality management to my job.”

The Program enhanced Poe’s understanding of the psychology of leadership.

“The authentic leadership class opened my eyes because it got into the psyche of leadership, emotional intelligence, and how you motivate people to perform,” says Poe. “I'd heard of emotional intelligence before being at CU Boulder, but I didn't have a full grasp and understanding of what it was. Finally, something clicked, and it opened my eyes to how to be more humble and how to improve relationships .”

“The ethics course was fantastic,” says Poe. “It gave me an understanding of how different people across different cultures think. For example, a person may think one thing is ethical, whereas, in another culture, it’s not acceptable. It made me understand the importance of knowing who my audience is, who I'm communicating with, or doing business with.”

Poe applies many of the leadership skills he developed in the master's Program to his daily work routine.

“I learned you need to have a good channel of communication from the bottom up," says Poe. "You've got to make sure you are approachable, you are available, and your employees are comfortable speaking to you if they have any concerns.”

Poe typically starts his working day by walking around his office and speaking to his staff.

“I like to enjoy my tea and take a ten to 20-minute walk around the office and just get people started,” says Poe. “I ask them how their day is going or how their weekend was. I think it’s very important that a leader gets out and gets to know their staff. That's something I took from Dr. Moorer’s classes in the Program based on his background in the military. He calls it ‘management by walking around.’ I learned a lot from Dr. Moorer.” 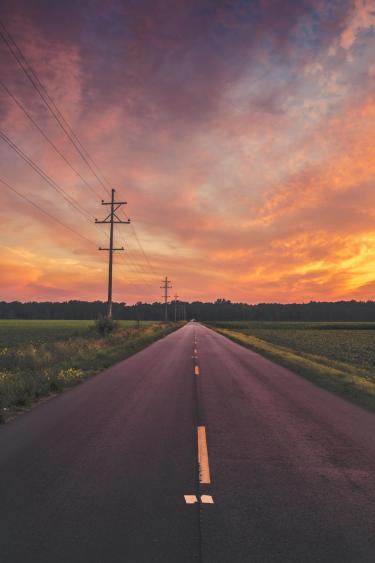 Poe believes he still has a lot to learn about local government but believes his engineering management degree will help him take the next steps in his career.

“Eventually, I would like to become an assistant city manager or maybe become a city manager for a smaller town or city in Colorado after I retire in Texas,” says Poe. “My dad is still in Windsor, Colorado, just outside of Fort Collins, and two of my daughters are there now, so I hope to join them one day. The engineering management degree would set me up for that because they usually require a graduate degree to become an assistant city manager. But before then, I've got a lot to learn about city management in general and not just from the civil engineering side of things. From human resources to all of the quality of life disciplines, parks, recreation and all that good stuff; there's a lot to learn."

Despite calling Texas home for most of his adult life, Poe considers himself a "Forever Buff." Named after CU Boulder’s Buffaloes football team, a Forever Buff is someone who proudly calls CU Boulder their alma mater and strives to support other Buffs whenever and wherever they can.

“I was born in Colorado and grew up a Buff,” says Poe. “I've always liked CU Boulder, and I’ve become an advocate for the Engineering Management Program and the school. So every chance I get the opportunity to talk about it, I sell it."

Despite being an online student, Poe believes he was able to build authentic relationships with his cohorts and CU Boulder's faculty.

When Poe finally got the opportunity to meet his fellow students and professors in the flesh at his graduation, he felt like he knew them.

“I told my professors they did an awesome job of engaging the online students to make us feel like we were there in the class,” says Poe. “It was pretty seamless.”

While Poe’s career is deeply rooted in local government, many of his cohorts are employed in the private sector. As a result, working with people with different perspectives on project management added to his experience and understanding of engineering management across all sectors.

Poe still keeps in touch with several students from the Program and is actively involved with the CU alumni association in Texas.

“We are a tight-knit community," says Poe. "I could pick up the phone and call them any time. We meet up to go to restaurants and watch football. Most of them were traditional students. I think I might be the only online graduate in the group, but they don't treat me differently. It's part of the community of being a Buff.”