The Center for Humanities & the Arts invites all Assistant, Associate, and Professors working in the humanities and the arts on the Boulder campus to apply for the CHA Faculty Fellowship. Fellowships consist of a two-course teaching reduction (taken in a single semester) for faculty teaching a 2/2 load; faculty teaching a 2/1 load will receive a single course reduction and be expected to take the fellowship in the semester they are scheduled to teach their single course.

Maisan Alomar, Women & Gender Studies
Race for the Cure examines the transhumanist movement–which positions itself as a cutting edge and future-oriented endeavor to eliminate mortality–as part of a long historical arc of medically rehabilitative research and practice that has exploited and exacerbated gendered, race, and class inequality. It analyzes key moments in the post-WWII “rehabilitative turn”– including a new look at the origins of the Tuskegee Study – to situate the contemporary transhumanist movement as part of this history of research ethics, gendered and racial subjectivity, and unequal access to healthcare. Amidst the present global health crisis, which understandably has led to the proliferation of hurried efforts to develop rehabilitative technologies, examining this precedent shows: At every stage from conceptualization to testing to distribution, the development of rehabilitative medical technologies risks exploiting and reproducing historical inequities evident in earlier attempts to define and rehabilitate disability.

Angie Chuang, Journalism
American Otherness examines journalism’s cultural role in producing American identity and navigating racial equity through case studies. The book project focuses on eight distinct news-media narratives that span the first two decades of this century, bracketed by the 9/11 terrorist attacks and the COVID-19 pandemic. These narratives include the news coverage of the undocumented mostly-Latinx youth pursuing residency through the DREAM Act/DACA, the Barack Obama “birther” debate, and the Atlanta spa shootings. My research argues that journalism’s struggle to embody an ideal of racial equity mirrors a broader cultural struggle over Americanness—and that the mainstream news media are very much enmeshed in this process, at once hindering and enabling progress and self-reflection.

David Ciarlo, History
Ciarlo's new book project, Selling War: Advertising, Propaganda, and the Origins of the Fascist Aesthetic in German Visual Culture, 1910-1925 offers a visual history of the First World War, using images that were widely seen at the time, but are now largely ignored or forgotten—namely, those of advertising.  My research shows how belligerent, warlike imagery circulated widely in German commercial culture long before the German state begin its (better-known) efforts to disseminate official propaganda.  Moreover, my exploration of advertising shows how graphic designers were the first to craft the themes that would be picked up by later official propaganda:  advertisers created and circulated visions of hyper-masculine militarism, of smugly-confident technophilia, and of a type of German-ness that was increasingly racialized (as "whiteness") and these widely-circulated visions became an important means by which ordinary Germans at home or at the front actually "saw" the war.  Selling War, then, will argue that even the horrors of trench warfare could be re-imagined through the ceaseless repetition of martial themes in mass-produced commercial imagery.  Moreover, the imagery of the hyper-masculine, militarized, and racially-pure "German" that emerged in the advertising of the war years formed the core of a "fascist aesthetic" which the National Socialists (Nazis) would first borrow from and then coopt.

Brianne Cohen, Art & Art History
Cohen’s The Empathic Lens: Contemporary Art, Ecology, and Kinship in Southeast Asia is the first study to explore a 21st-century efflorescence of artistic projects in Southeast Asia that urge widescale publics to prevent socio-environmental violence by envisioning ecological empathy through more sustainable, Indigenous cosmologies. This artwork employs the camera lens not only to document destruction of local landscapes, but also to galvanize feeling for inanimate matter, plants, animals, and humans through the imagining of more embodied, interconnected forms of kinship, an understanding of familial, environmental relations central to Indigenous knowledge. Major museums and cultural venues throughout the world widely exhibit the work of these artists from Cambodia, Vietnam, and Singapore, yet publics in the United States and Europe may not recognize their names yet because they remain marginalized and understudied in Euro-American scholarship – names such as Khvay Samnang, Tuan Mami, or Nguyễn Trinh Thi. The Empathic Lens analyzes and introduces English-speaking, arts-and-humanities audiences to this body of environmentally engaged, camera-based artwork, which presents an alternative, more ethical picture for planetary living through the lens of sustainable, Indigenous worldviews.

Celine Dauverd, History
All the Kings of the Mediterranean examines the conquest of North Africa (1450-1620) through the prism of seven Renaissance popes. By investigating on the one hand soft power through rhetoric and authority, and, on the other, raw power through secular jurisdiction and alliance politics, it argues that popes sought leadership over all confessions. By examining 15-17th c. documents in six different languages, I reveal that popes’ ecumenical identity was the signifier of their redefined imperium. Acting as potent ideological fuel whose imperial interests choreographed wars in Africa, popes adroitly consolidated their sovereignty over the Mediterranean world at the expense of Iberian rulers and Muslim warlords. Bridging classical studies, religious history, and international relations, this project brings an alternate history to the Maghreb conquest.

Mithi Mukherjee, History
The Asian Dissent examines the dissenting judgment of the Indian jurist Radhabinod Pal in the Tokyo Trials of 1946, held by the victorious powers of the Second World War to try Japanese wartime leaders. In this lone dissent Pal mounted the most significant legal challenge from the colonized world in Asia to the existing discourse of international law and its connections to empire and race in the twentieth century. By exploring the complex and conflicting geopolitical and cultural discourses that undergirded this historic act of defiance, The Asian Dissent seeks to insert anticolonial resistance into the heart of the story of international law, empire, and international relations. As the search for a new post-imperial international law that could meet the challenges of a globalized world becomes ever more urgent, Pal’s anticolonial perspective has become particularly salient.

Yumi Roth, Art & Art History
Filipiniana Americana is a play on words and the associations we have with terms like “Americana” and, to a lesser extent in the US, “Filipiniana.” As categories, “Americana” and “Filipiniana” seem to describe quintessential aspects of each culture, yet, when combined, what can the new, hybrid term suggest? Though Filipinos were present and represented in the American West from the late 19th c. (e.g. the 1899 Greater America Exposition in Omaha, NE and Buffalo Bill's Wild West show), the myth of the American West does not include Filipinos. As an artist, I am interested in the forms that these stories and knowledge can take, from objects to video to site-based installation. Filipiniana Americana describes the larger project of locating the intersection between “Filipinoness” and “Americanness” couched in the American West.

Honor Sachs, History
Sach’s project, “Freedom by a Judgment,” which traces the story of a mixed-race family of slaves named the Colemans as they sued for freedom claiming Indigenous ancestry over multiple generations. The Colemans claimed descent from a maternal Indian ancestor named Judith, an Apalachee woman born in Spanish Florida who was captured by the English and sold into slavery. As Judith’s children and grandchildren were sold, they initiated freedom suits by claiming Indigenous heritage. This project documents their complex personal histories as they worked within the evolving legal system of the early United States to define their own understandings of race, rights, and family.

Laura Winkiel, English
Modernism and the Middle Passage is a literary history of modernism written from the vantage point of the sea and the legacy of the slave trade.  The sea has long been viewed in the West as wasted, empty space and a lawless zone that hides its history and swallows its traumas, especially the mass atrocities on board slave ships. Modernism and the Middle Passage’s attention to the ocean and its role in slavery remaps modernist literary history across centuries, nations, races, and even the nature/culture divide that defines the human. It compares Anglophone writing from Africa, Britain, the Caribbean, and the US within the common frame of Atlantic history and situates newly published works by Zora Neale Hurston and Claude McKay within modernist writers’ focus on the aftereffects of the slave trade. The book presents the sea as a material entity that invites new kinds of planetary connectivity, new histories of slavery and colonization, and new modes of thinking the human to emerge.

How to Apply
Fill out the application
Deadline
Saturday, Oct 1, 2022 5PM MT 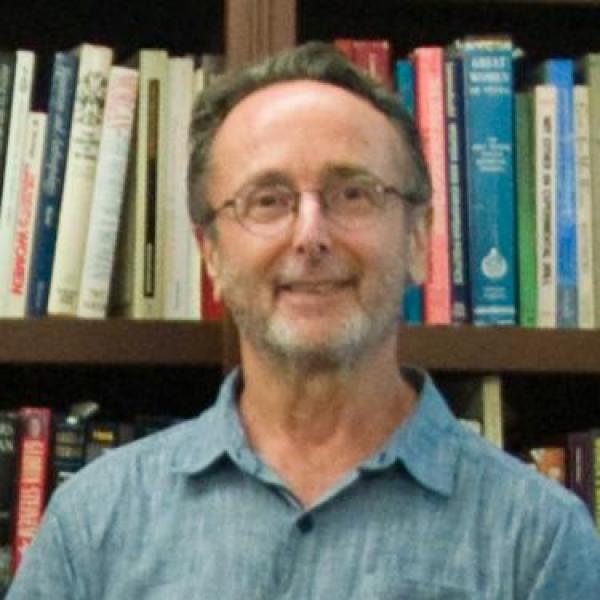 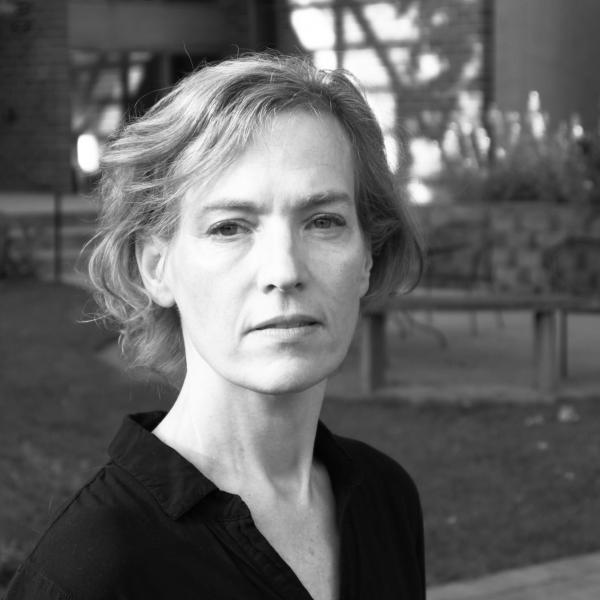 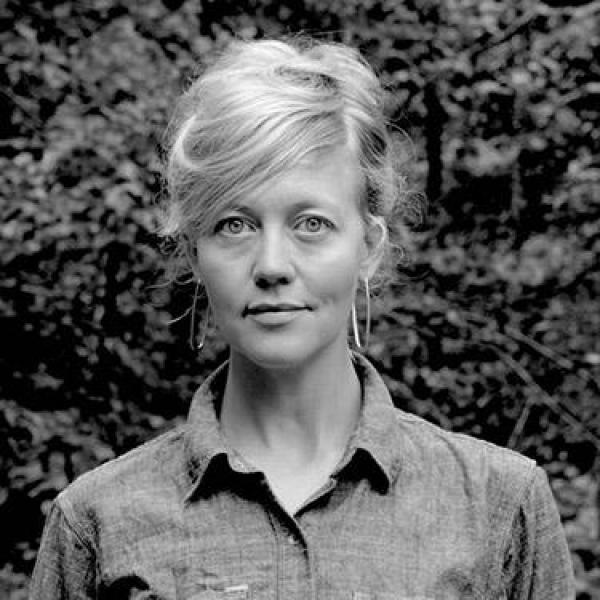 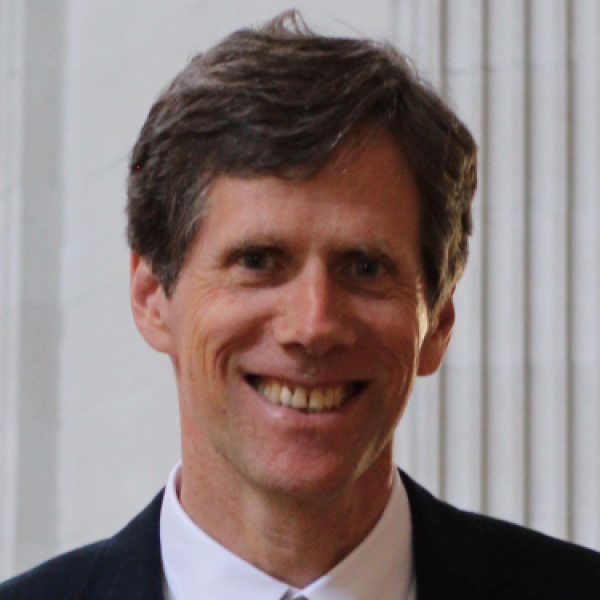 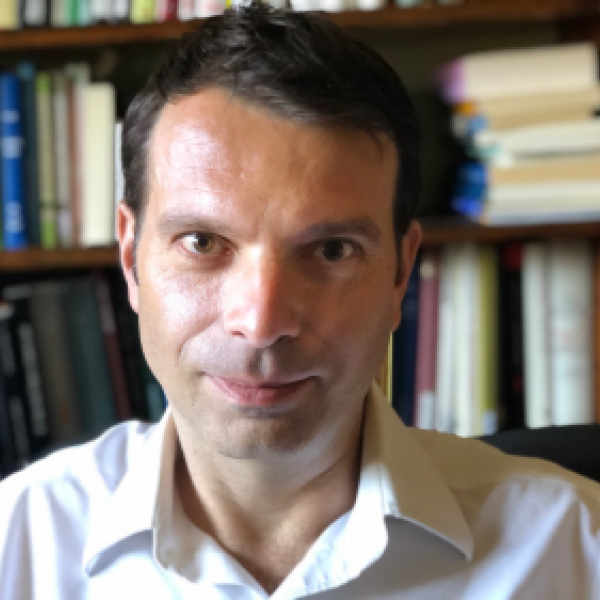 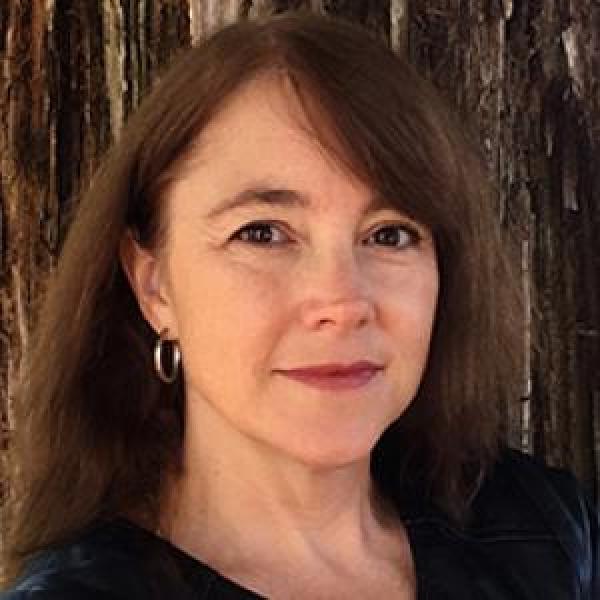 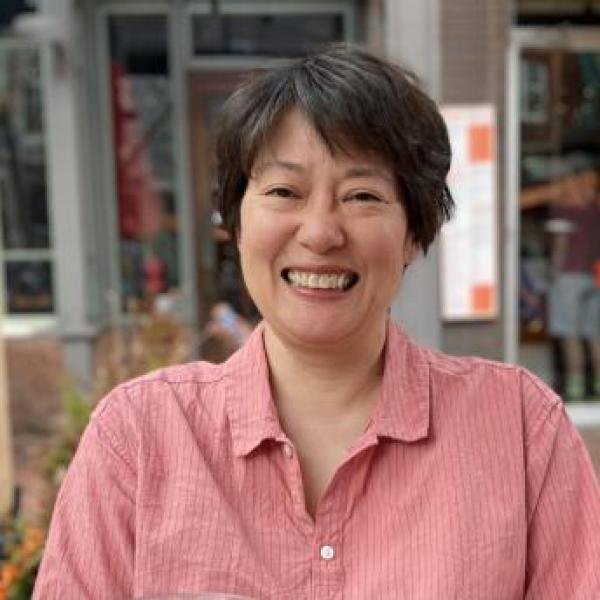 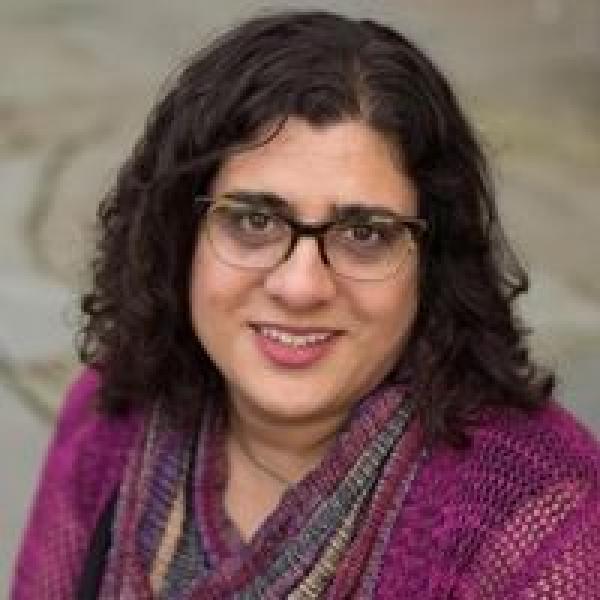 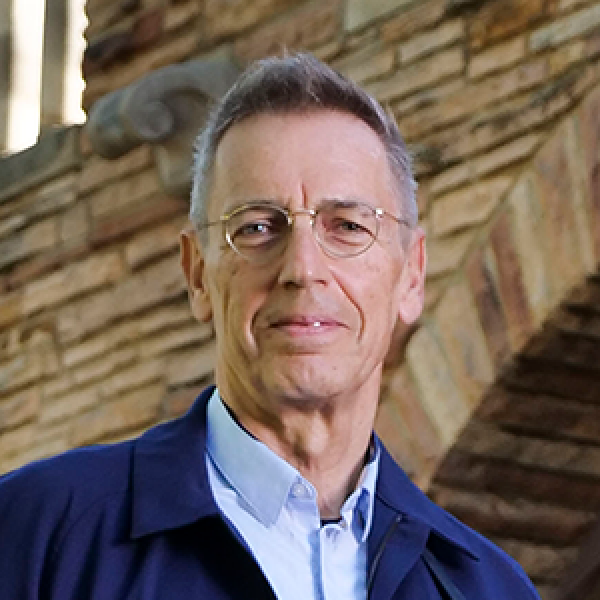 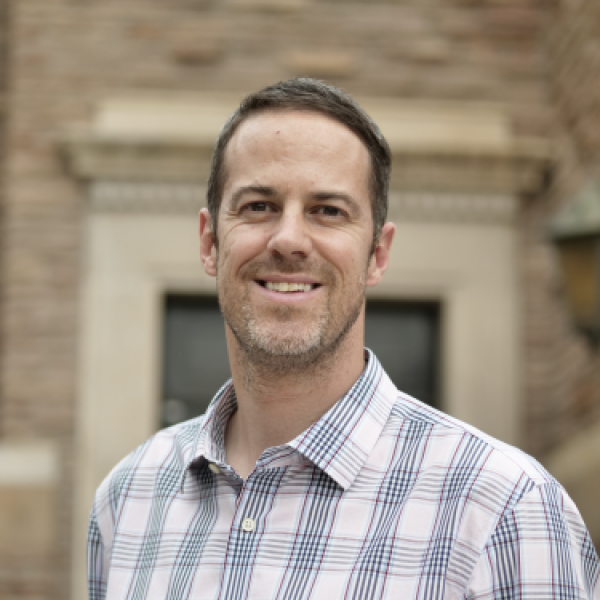 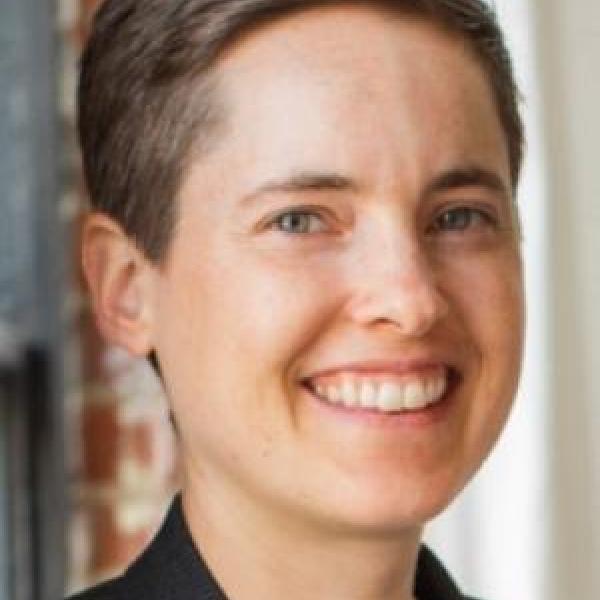 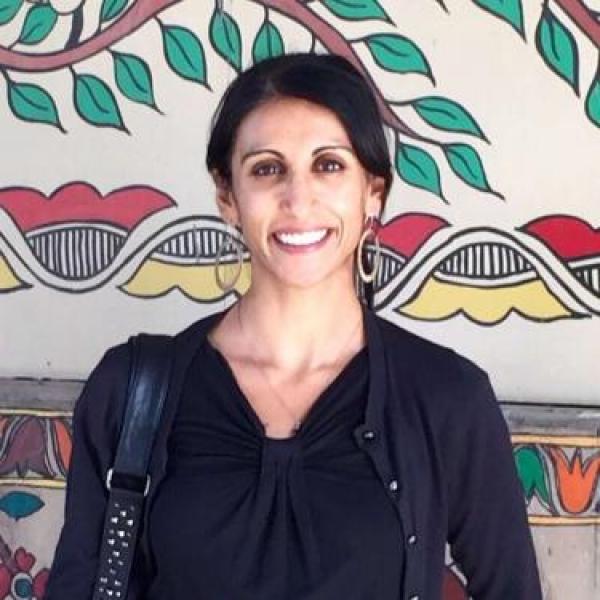 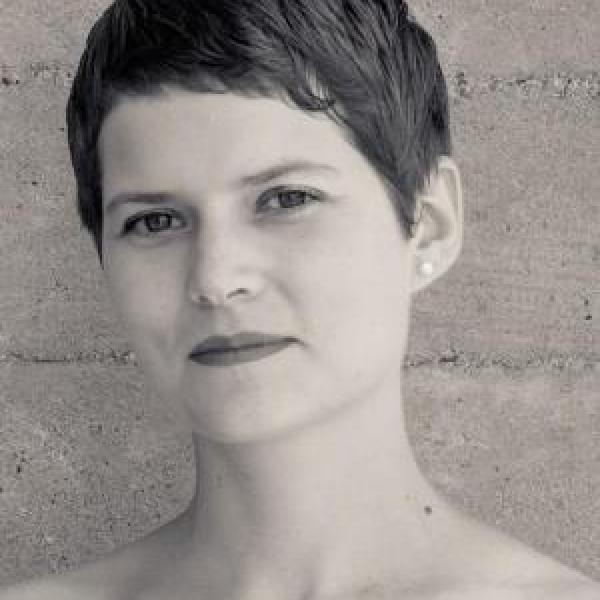 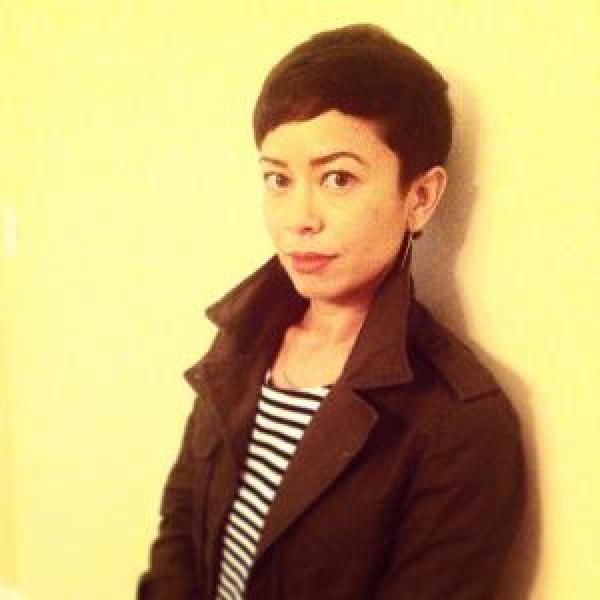 Fill out the Application Form. Application details and sample proposals can be found on the form page

By May 31, faculty fellows must submit a final report on research completed and plans for publication. Failure to submit a written summary will make you ineligible to receive further funding by the CHA. During the academic year, fellows will be invited to CHA-sponsored events.

Note: CHA follows Faculty Affairs guidelines for sabbaticals: A faculty member who was previously awarded a CHA Faculty Fellowship shall become eligible after six years of the award (i.e., in the seventh year).