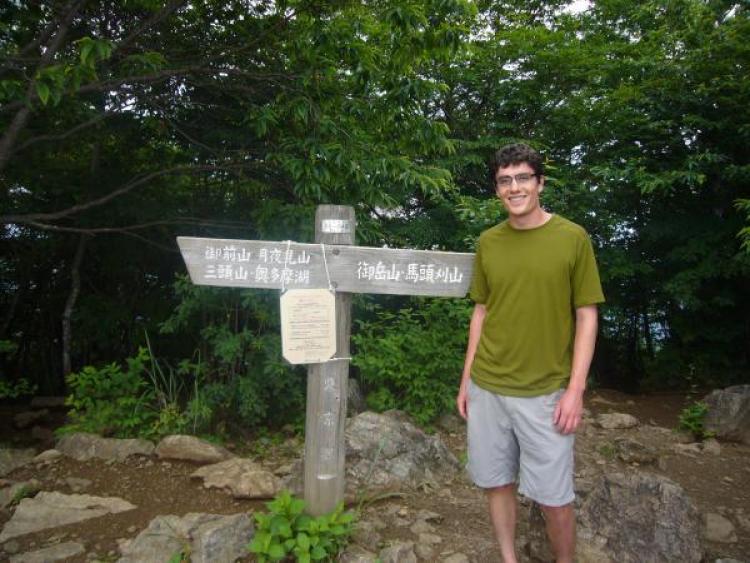 I recently attended the 2014 Association for Computing Machinery Conference on Bioinformatics, Computational Biology, and Health Informatics (ACM BCB) with fellow IQ Biology student Joey Azofeifa and our advisor Robin Dowell. The conference had many interesting talks, ranging from theory-heavy explanations of algorithm improvements to very applied talks on using computational analysis for medical procedures. Joey presented his work on FStitch, a tool for measuring RNA transcription with GRO-seq data, which is soon to be published in the conference journal. His talk went very well and he fielded many good questions from interested attendees. In addition, Robin was a panelist for the “Women in Bioinformatics Panel” which addressed specific issues women might face in the field of bioinformatics.

I presented my poster titled “Inferring Ancestry in Mouse Genomes using a Hidden Markov Model”, where I showed my work on determining haplotype block inheritance using single-nucleotide polymorphism data from two selectively bred mouse strains and six of the eight ancestor strains that they were bred from (the other two ancestor strains haven’t been sequenced). To infer ancestry, I used a hidden Markov model (HMM)- a probabilistic model used to find the maximum likelihood path through a state machine. The poster session was great and I ended up having many visitors over during the two-hour timeframe. Some were simply intrigued by the pretty pictures and wanted to know what an HMM was, while others had worked on similar inheritance problems and had good questions about my process. I even spoke with a group that works with the mice strains we used and have imputated the genomes of the two unsequenced ancestor mouse strains, so I’m now looking into incorporating this data in my model.

The conference was held in Newport Beach, CA and while it was hot and sunny the entire weekend, I unfortunately never got a chance to visit the beach. I was lucky enough, however, to have a good friend who lives in the area and whom I hadn’t seen in over a year, so I got to spend some quality time with her. We were trying to plan a trip to see each other soon anyways, so it was really lucky that the conference happened to be in her area!

Currently, other members of the Dowell Lab and I are in the process of writing a paper on the sequencing of the two selectively bred mice strains, which will include my ancestor inference piece as a section. We then hope to extend my work by refining our methods, running simulations, and including the imputed genomes of the missing ancestors. This can hopefully be published as a conference paper later this year.