ENVD project spotlights how parking lots can save bees 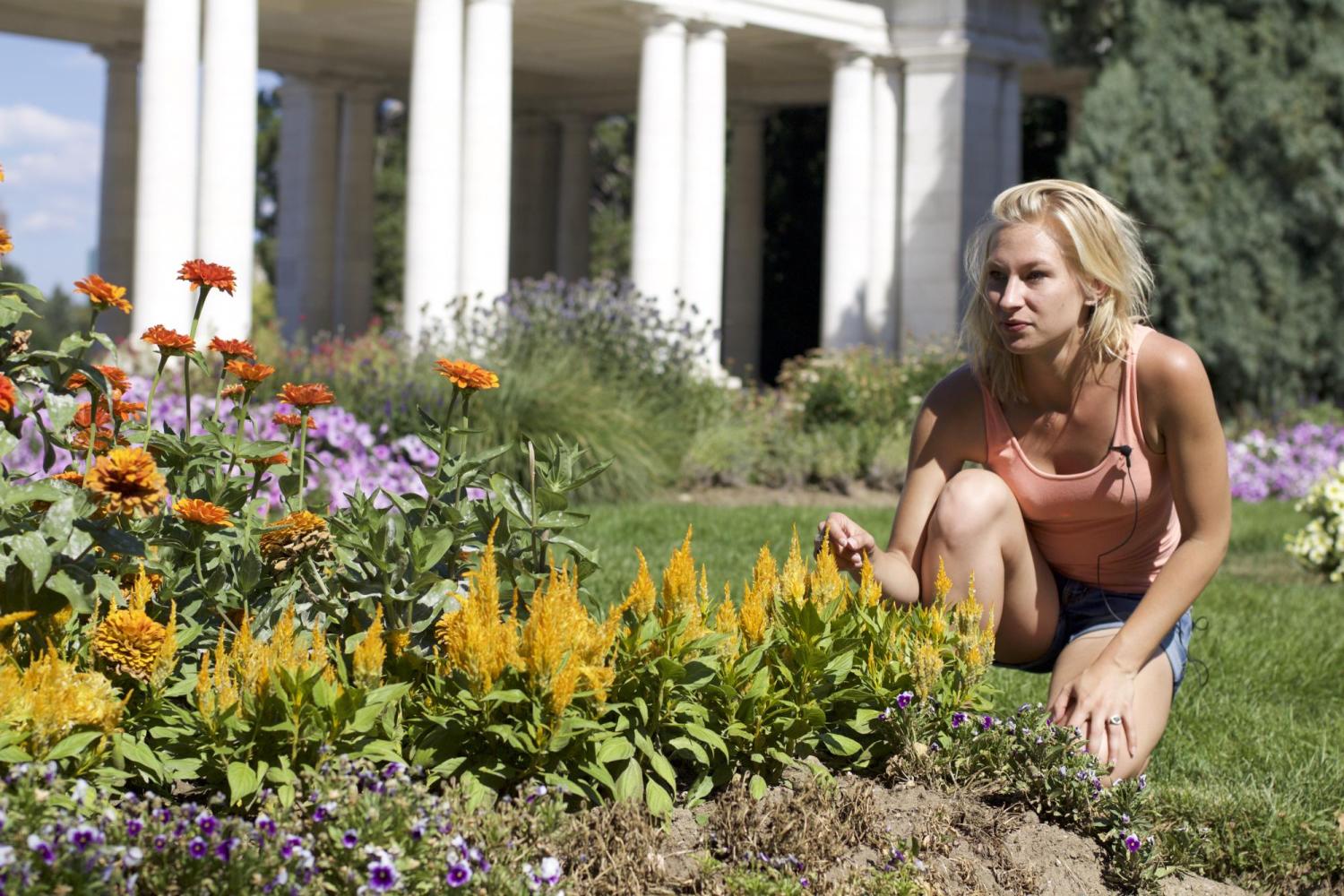 “Parking lots could save the bees,” says Danielle Bilot, a nationally-known pollinator consultant who is passionate about the idea. She has spoken about it in magazine articles. She has promoted her research in TEDx and a newly-released TED talk. She even was a member of the White House Pollinator Action Plan task force.

Bilot’s first parking lot test site will be constructed in Boulder by CU Boulder students. She recently became a Program in Environmental Design (ENVD) instructor, and students in her “Native Bee Praxis: Forgotten Hive," class are building and will maintain a bee habitat near the Boulder County Farmers Market. The project was made possible through support from the university's Community Engagement Design and Research Center (CEDaR), in conjunction with MetroLab Network, a city of Boulder/CU Boulder research and technology partnership.

"These students are involved in a project that can literally 'save the world' by increasing the population and diversity of bees," says Bilot, who met in mid-June with state Senate policy leaders about bee preservation. "Boulder could serve as a national model for urban parking lots."

Bilot says she specializes in the lesser-known native bees because they are better pollinators, more plentiful and not as prone to colony collapse disorder as honey bees. And, the majority of native bees do not sting.

"Native bees have genetic diversity and can bounce back from environmental pressures,” Bilot says. “With honey bees, everyone wants the same thing—high reproduction rates and stable queens–creating more of a genetic monoculture. If one problem comes along, such as colony collapse disorder, it can wipe them all out.”

Bilot says the best way to solve the worldwide decrease in pollinators is to broaden the focus from a single species, honey bees, to the much larger native population; Boulder alone supports more than 550 native bee species. She adds that native bees travel more than honey bees and need to eat frequently, hence the need for increasing bee habitats.

Her vision is to transform underutilized grassy parking lot perimeters into flowery native bee habitats, providing bees places to eat, rest and move on to pollinate other plants. Increasing urban bee habitats will not necessitate changing land-use regulations, she says, and will combat the decline of native bees, who have suffered due to climate change, habitat loss, disease and food shortages.

"Parking lots generally have planting requirements that are not pollinator-friendly, " Bilot says. "I hope to change that."

Bilot’s students are building the habitat in an area that borders a parking lot at 14th Street and Canyon Boulevard and will subsequently collect bee population data, helping to determine optimal plant combinations for native pollinators as well as bee abundance and diversity. 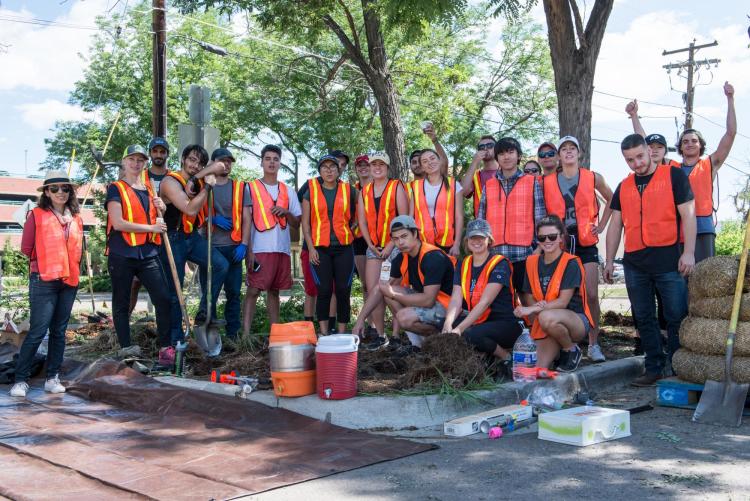 "For the first time in my college education, I feel like I am truly making a difference in something greater," says ENVD senior Emily Brady, who is enrolled in the course.

Rella Abernathy, integrated pest management coordinator for the city of Boulder, says Bilot’s pilot project is part of a wider city pollinator effort, where more than 100 partners, such as the CU Museum of Natural History, local nonprofits and CEDaR are working together to expand and enhance pollinators throughout the city.

“We’re really excited to do this joint project with CU Boulder and hope the project can be replicated throughout the city,” Abernathy says. “It’s a great example that shows what people can do in their own yards or businesses – they can take underused spaces and turn them into spaces that are beautiful while addressing an urgent biological concern.”

Stay tuned for more information about an upcoming Native Bee Farmers Market Habitat Celebration in the parking lot behind the Boulder Dushanbe Tea House, 14th Street and Canyon Boulevard, Boulder. Originally scheduled for July 6, 12 p.m., the event will likely happen in late August. At the event, visitors will be able to visit Boulder’s native bee habitat and learn how it will help native bees pollinate urban agriculture and parks! Snacks will be served, and visitors can pick up a free “How-To Guide” containing tips and tactics of how homeowners and others can attract native pollinators to their backyards. Updated information will be posted here and on the CEDaR Facebook page.

If you go
Who: Open to the public
What: “A Bee’s Eye View”
Where: CU Boulder, ENVD 134, 1060 18th St., Boulder
When: July 2, 11 a.m.- 2p.m.
Details: View the world from a bee’s perspective through interactive art! Learn and engage with CU Boulder students about best practices for people and companies, while sampling a variety of the fruits and vegetables that native bees make possible.
If you go
Who: Open to the public
What: Take the Tour de Hive's self-guided tour of beehives around downtown Boulder, including the parking lot test site constructed by CU Boulder students in Danielle Bilot’s “Native Bee Praxis: Forgotten Hive" class, meet local bee keepers and learn about efforts to support native and honey bees. Other tour stops include the Boulder Public Library, Growing Gardens and the CU Museum of Natural History.
When: Sunday, Sept. 9, 2018, 10 a.m.-1p.m.
Where: Tour begins at the Japanese Garden, Boulder Public Library
More info
Categories:
Tags: