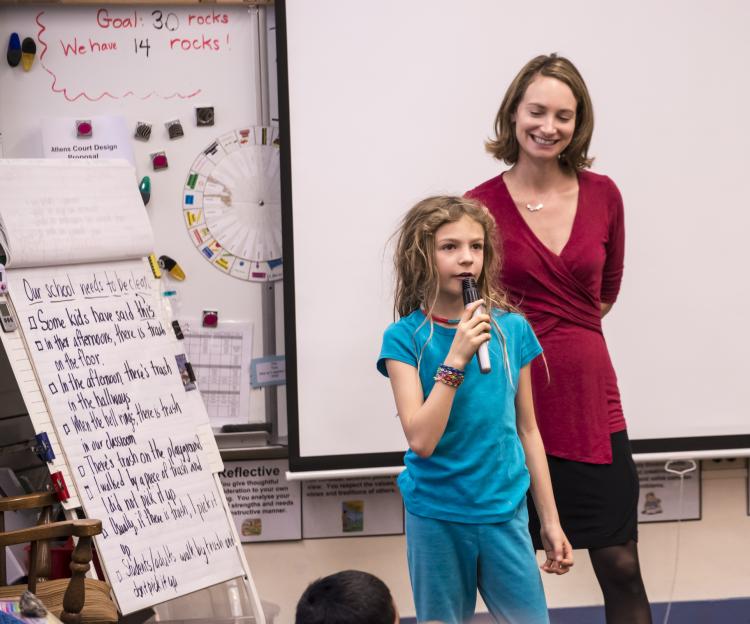 Growing Up Boulder is a “child and youth-friendly city initiative” that began in the spring of 2009 through a Memorandum of Understanding between the University of Colorado Boulder, the city of Boulder and the Boulder Valley School District, working in partnership with local nonprofits, businesses, and many participating children and youth. Child and youth-friendly cities recognize the rights and interests of children in local policy, law, programs and budgets as outlined in the United Nations Convention on the Rights of the Child.

Growing Up Boulder's vision is to make Boulder an exemplary child and youth-friendly city. Its mission is to empower Boulder's young people with opportunities for inclusion, influence and deliberation on local issues that affect their lives. We accomplish this through many diverse partnerships and supporters.

Because underrepresented children and youth are even less likely to have their voices heard than majority groups, we aim for 50 percent or more of Growing Up Boulder's participants to include young people from the following backgrounds: immigrants, English Language Learners, low-income, ethnic minorities, first generation college-bound students and/or young people with disabilities. Other new initiatives are underway including the Bringing School Home project.

GENESIS AND EARLY YEARS OF GROWING UP BOULDER
as told by Willem van Vliet, March 2021 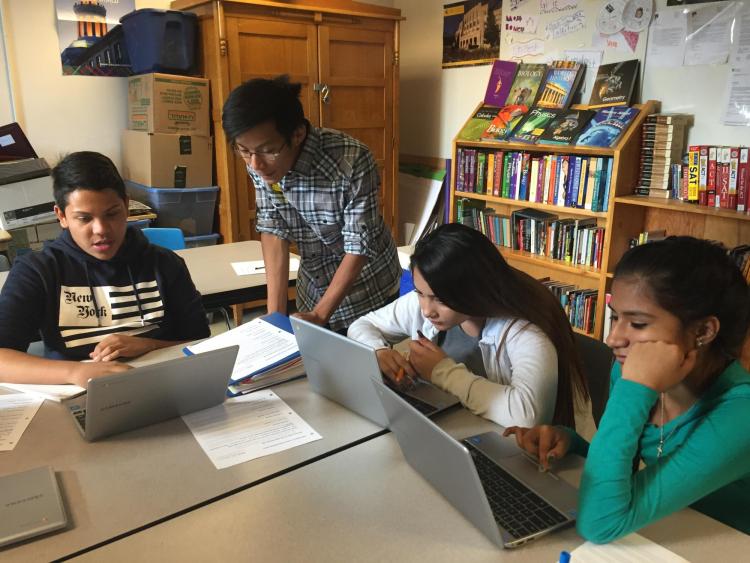 Growing Up Boulder (GUB) came about in 2009 in the wake of Denver’s Child- and Youth-Friendly Initiative, a program initiated by CYE. That program was a partnership with several city departments in Denver’s mayor’s office and the nonprofit Assets for Colorado Youth (ACY), working with other city-wide organizations and involving active participation by youth from across the city.  This Denver initiative ran from 2004 till 2007. It produced important lessons for GUB.

When David Driskell arrived in Boulder in December of 2008 as Director of Community Planning and Sustainability, he reacted enthusiastically to a suggestion by CYE Director Willem van Vliet—that they launch a new initiative to make Boulder the nation’s first child-friendly city, based on principles of the U.N. Convention on the Rights of the Child. This new initiative directly benefitted from the Denver experience. It made CYE and CU Boulder at large the central axis of a partnership with Boulder’s planning department and Boulder Valley School District. It also embarked on concrete projects with the goal of setting precedents to demonstrate young people’s competence and show the value of their contributions to local planning.

Begun in 2009, the name of this new initiative, Growing Up Boulder, came from participating youth. Its overall goal was to bring about a culture change so that youth participation in local affairs would no longer be extraordinary, but mainstream and routine. The ultimate measure of GUB’s success would be its having made itself redundant. 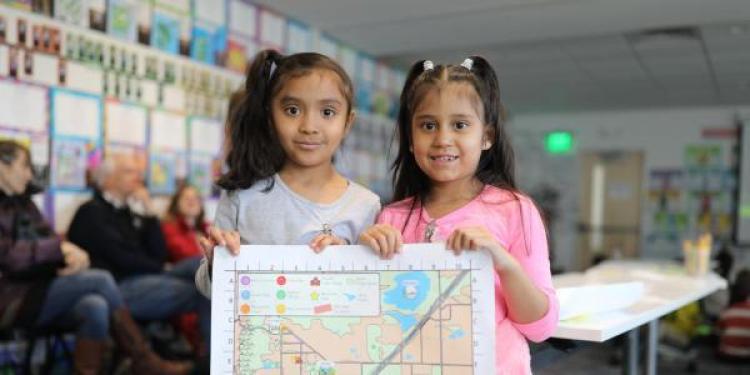 During GUB’s first five years, the CYE Center provided leadership and vision and gave pivotal support by allocating funding, obtaining project grants, making available administrative staff and space, involving ENVD students and faculty, coordinating and directing projects through PhD students, and engaging interns. The Boulder-focused projects that CYE had already been undertaking gradually consolidated under the GUB umbrella, as one among several other CYE programs.

Key principles that underpinned CYE projects also informed GUB: interdisciplinary collaboration across campus, vertical integration that included undergraduate and graduate students as well as faculty, partnerships with city departments and community organizations, participatory action research, and engagement with low-income and minority populations. Early projects included several good examples of these principles, such as a summer long program with children at the Family Learning Center that involved students and faculty from ENVD, the Department of Theater and Dance, the Museum of Natural History, the Department of Education, and the Department of Mathematics. Another good example is “Leveling the Playing Field,” a semester-long project conceived of and carried out in 2009 by some 75 fifth-graders at Mesa ES to make their school grounds more accessible and inclusive, supported by about 20 ENVD graduate students and faculty.

After the CYE Center transitioned into CEDaR in 2015, GUB increasingly became a stand-alone operation while still enjoying support from its affiliation with CEDaR and the University at large. In March 2021, GUB spun off as an independent nonprofit under the fiscal sponsorship of the Colorado Nonprofit Development Center.