Nurturing a Culture of Collaboration

As part of a focused effort to expand the BioFrontiers Institute’s research portfolio in Computational Biology, five new faculty were recently recruited. Dan Larremore and John Rinn came on board in Fall 2017, and Orit Peleg arrived in Spring 2018. Ed Choung and Ryan Layer will arrive in Fall 2018 (Stay tuned!). With advances in technology that are providing researchers with vast quantities of biological data to manage and interpret, their expertise and ability to converse in more than one scientific discipline will help identify useful information in large sets of unsorted, disorderly data. 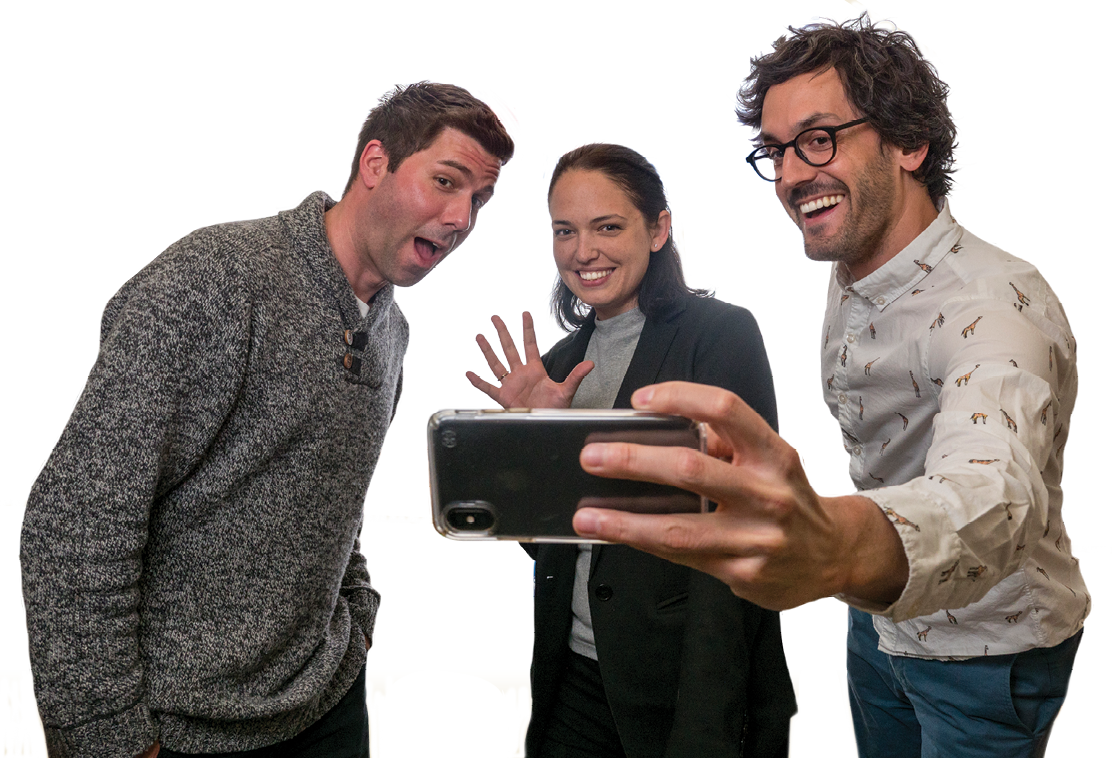 Hunting for Treasures in RNA Biology

“To run your best, you have to run with the best,” says John Rinn of his decision to leave his tenured position at Harvard to join the BioFrontiers team last year. John had a booming career in Boston, where he pioneered innovative genetic techniques to study RNA biology, but wanted to change the course of his career by moving to CU Boulder. “Everything was perfect back East, but I just could not resist this feeling in my gut that progress would be made here and not there,” says John.

John felt a growing gravitational pull towards CU Boulder after visiting for the GoldLab Symposium five years ago. For an RNA biologist, CU Boulder is the Mecca where the field got its start. “Being here is like working in the coliseum of RNA, where all these groundbreaking discoveries were made. You get to soak in that je ne sais quoi of the place, and it really focuses your mind,” says John. Indeed, RNA has been an elusive target for biologists who have attempted to uncover its biological functions and mechanisms. Of the few breakthroughs that have been made, CU Boulder has historically led the way with a powerhouse team of RNA researchers spearheaded by Tom Cech, who won the Nobel Prize in 1989 for his discovery of RNA’s catalytic functions. John knew he needed to learn from the best if he wanted to unravel the mysteries of RNA biology and expose its roles in disease. “Marv Caruthers, Olke Uhlenbeck, Art Pardi, and the rest of the CU Boulder team are like the Jedis of RNA biology—and I am a little Padawan apprentice. My ideas get shaped through interactions with these master craftsmen, and get a special crafting that you couldn’t get anywhere else in the world,” he says.

John has his sights set on exposing the functions of two RNA targets in particular. The first, nicknamed “FIRRE,” causes inherited epilepsy in patients with dysfunctional copies of the gene. The second, called “TUG1,” causes infertility in males. John spent years identifying these targets from among tens of thousands of potential RNA targets in the human genome whose functions remain unknown. To do so required the invention of novel bioinformatic and genetic techniques that have transformed the field.

Now John aims to write the next chapter in his career by exposing how these RNAs function in normal biology, and what goes awry in the context of human disease. Searching for the biomolecular mechanisms of these disease-causing RNAs is like hunting for buried treasure, says John. “There’s almost always a treasure in RNA, it’s just a matter of finding it. I’ve built this RNA treasure map, and located a few Xs over the last few years. I moved here for the tools to dig into those Xs,” he says. “Now I can’t wait to dig in and see what we find!”

Orit Peleg is busy as a bee building her new hive at BioFrontiers, literally. This physicist/ computer scientist-turned-biologist studies bee swarms, and how the individual behavior of each insect contributes to the collective wellbeing of the whole colony. “I’m interested in fundamentals of biology that dictate how local rules for individuals achieve global stability in larger groups,” she says.

Originally, Orit studied these fundamentals on the microscopic level, examining how the physics of molecular interactions contributed to protein assemblies within biological materials and polymers. Then she started thinking big picture: “In my mind there was a very clear connection between biological structure and function on a small and large scale,” says Orit. Indeed, she finds many similarities between honeybee population dynamics and cellular dynamics within tissues, which she hopes to explore further with BioFrontier’s Associate Director Kristi Anseth. By working with bees, she aims to inform molecular and cellular dynamics that are fundamental to cancer, Alzheimer’s, and many other diseases.

All of these biological systems are comprised of individual components that sense and integrate environmental signals, Orit explains. Their interactions with their neighbors create a whole that is much more than the sum of its parts, much like BioFrontiers itself. “The way organisms (and molecules) interact is basically a network,” says Orit, enthusiastic that BioFrontiers’ network experts like Dan Larremore and Aaron Clauset will bring exciting new insights to her work. In addition, Orit plans to explore applications to swarm robotics with her home department of computer science. These applications could inform the engineering of next-generation “smart” technologies like self-driving cars, search-and-rescue drone squads, or self-stabilizing construction materials that adapt to withstand hurricane-force winds or earthquakes.

BioFrontiers welcomes home alumnus, Dan Larremore, who earned his PhD in Applied Mathematics from CU Boulder in 2012. After pursuing training in genetic epidemiology at the Harvard T.H. Chan School of Public Health, he returns with the skills to tackle bioscience and global health challenges from new computational angles.

Dan’s mission is to crack the case against malaria, a mysterious parasite that has evaded humanity’s greatest efforts to control it. To curb this continuing global health crisis will require new tools and approaches that combine the fields of genetics, epidemiology, mathematics and experimental biology in novel ways. “These parasites constantly bob and weave to avoid detection. How they do this on a population level is not exclusively within a realm of only genetic epidemiology, math or biology, but falls right in the middle. BioFrontiers is the kind of place where that kind of work is not only tolerated, but encouraged,” says Dan. Working with partners in Senegal to procure samples from the heart of the epidemic, Dan will combine cutting-edge genetic sequencing technologies with novel computational algorithms to reveal how these dangerous parasites evolve around immune defenses and drug treatments.

The dynamic intersection of disciplines at BioFrontiers will be critical to Dan’s success. He cites the unique atmosphere of the BioFrontiers building, with its unencumbered exchange between groups of diverse expertise, as a major driver for new ideas and innovation that will propel his work forward. “This building is remarkable. I love the fact that my students are sharing a space and mixing with both computer scientists and molecular biologists. There is a community growing here completely separate from anything I work on,” says Dan, adding that tangential conversations often circle back to yield breakthroughs both within and outside of his own research.