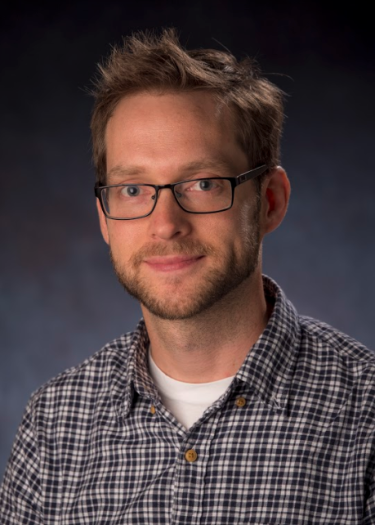 Aaron Clauset develops computational tools to identify principles of organization in complex social and biological systems. His research program is fundamentally interdisciplinary, drawing on network science, statistics, machine learning, statistical physics, molecular biology, ecology, evolution, political science, and sociology. Clauset received a B.S. in physics with honors from Haverford College, and a Ph.D. in computer science with distinction from the University of New Mexico. He was then awarded a prestigious Omidyar Fellowship with the Santa Fe Institute. There, he developed advanced computational methods to explore a diverse array of scientific topics, including the macroevolution of biological species, the statistics of scale invariance, and the hierarchical organization of networks.

Dr. Clauset was recruited to the BioFrontiers Institute as an Assistant Professor in the Department of Computer Science in 2010. His research at BioFrontiers focuses on two areas: (i) understanding how interactions at smaller scales within a system drive regularities and dynamics and larger scales, and (ii) developing machine learning techniques that can automatically characterize large-scale regularities and either connect them with causal mechanisms at smaller scales or exploit them to make predictions. The Clauset lab has developed a suite of powerful computational methods for uncovering the modular structure of networks and predicting missing links or attributes in networks. Dr. Clauset also developed the most broadly used method for characterizing the statistics of scale invariance in complex systems, which he has used to identify global statistical patterns in terrorism and interstate war. More recently, in collaboration with Dr. Daniel B. Larremore (CS and BioFrontiers), the Clauset lab has investigated statistical regularities in researcher career trajectories, scientific productivity, and the spread of scientific ideas. These diverse efforts are united by a fundamental interest in the use of computation and data to understand the underlying structure of complex biological and social systems.

Aaron Clauset is an internationally recognized leader in computational data science and network science, and his research spans multiple disciplines. He is affiliated faculty in the departments of Information Science, Applied Mathematics, Ecology and Evolutionary Biology, and Electrical Computer and Energy Engineering. Dr. Clauset currently mentors five doctoral students, including three IQ Biology students, one of whom is co-advised with Natalie Ahn (CHEM/BCHM), one postdoctoral fellow, and several undergraduate research assistants. He was named a Kavli Fellow in 2014, received an NSF CAREER award in 2015, and was awarded the international Erdős–Rényi Prize in Network Science in 2016. Dr. Clauset’s work has been covered extensively in the media, which highlights his work in developing practical solutions to real-world problems.

A new discovery provides rare evidence of symbolic behavior in Neanderthal communities and extends the... END_OF_DOCUMENT_TOKEN_TO_BE_REPLACED 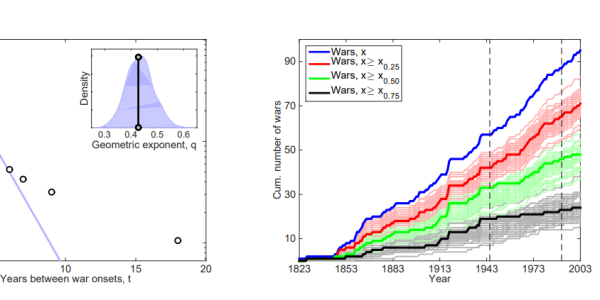 On the frequency and severity of interstate wars

Lewis Fry Richardson argued that the frequency and severity of deadly conflicts of all kinds,... END_OF_DOCUMENT_TOKEN_TO_BE_REPLACED 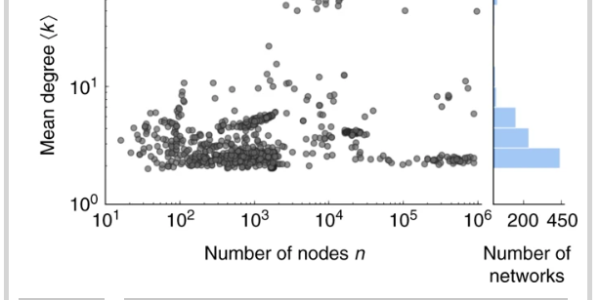 Real-world networks are often claimed to be scale free, meaning that the fraction of nodes... END_OF_DOCUMENT_TOKEN_TO_BE_REPLACED
Return to the top of the page