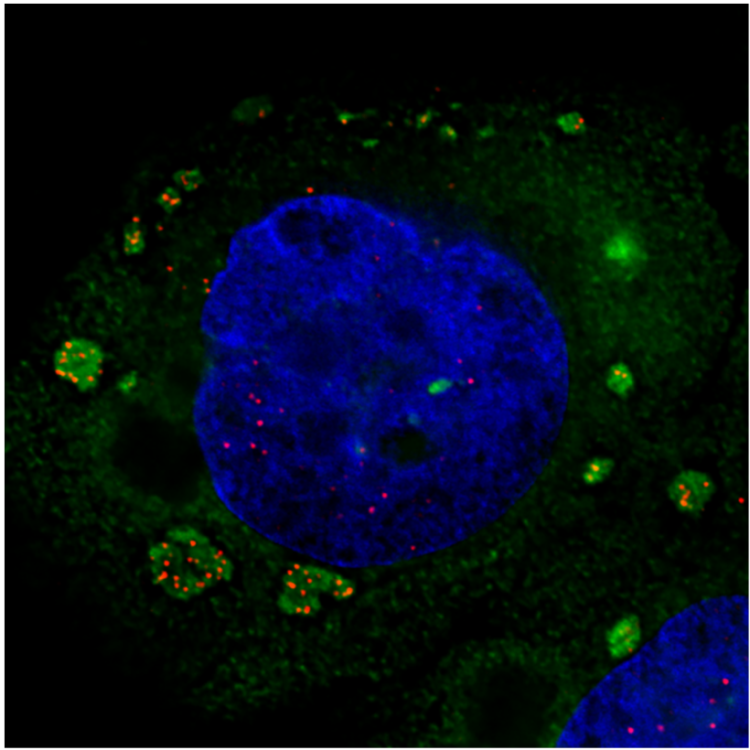 A recent study from CU Boulder researchers shows that cells must actively work to keep sticky molecules, known as ribonucleic acid (RNA), apart, or they may form large assemblies that could cause problems for the cell. RNA is the biomolecule that serves as the template for protein synthesis in cells. Protein synthesis halts when cells become stressed, and RNAs assemble into complexes known as “stress granules” with other RNAs and proteins. Not much is known about the function of stress granules. However, aggregates that resemble stress granules are commonly found in neurodegenerative diseases, suggesting a possible role for stress granules in these diseases.

“While proteins have long been recognized to form aberrant complexes that can trigger disease, RNA has generally not been thought to form promiscuous assemblies that might have functional roles in cells as well as cause problems in some contexts,” said Roy Parker, Distinguished Professor of Biochemistry at CU Boulder.

The study, published recently in Cell, highlights how energetically favorable RNA self-assembly is and identifies one way to actively prevent this assembly from growing out of control. Parker has long studied the properties of stress granules and has pioneered the model that RNA-RNA interactions are a significant contributor to stress granule assembly.

This study, spearheaded by two brothers in the Parker research group at CU Boulder, presents two meaningful conclusions. First, stress granules and other ribonucleoprotein (RNP) complexes readily form favorable interactions with free RNAs. These interactions recruit new RNAs onto the surface of the RNP, thereby growing and stabilizing the complex. Second, a highly abundant enzyme within cells, known as eIF4A1, functions as an “RNA chaperone” to prevent the unregulated growth of RNPs within cells by binding to RNAs. 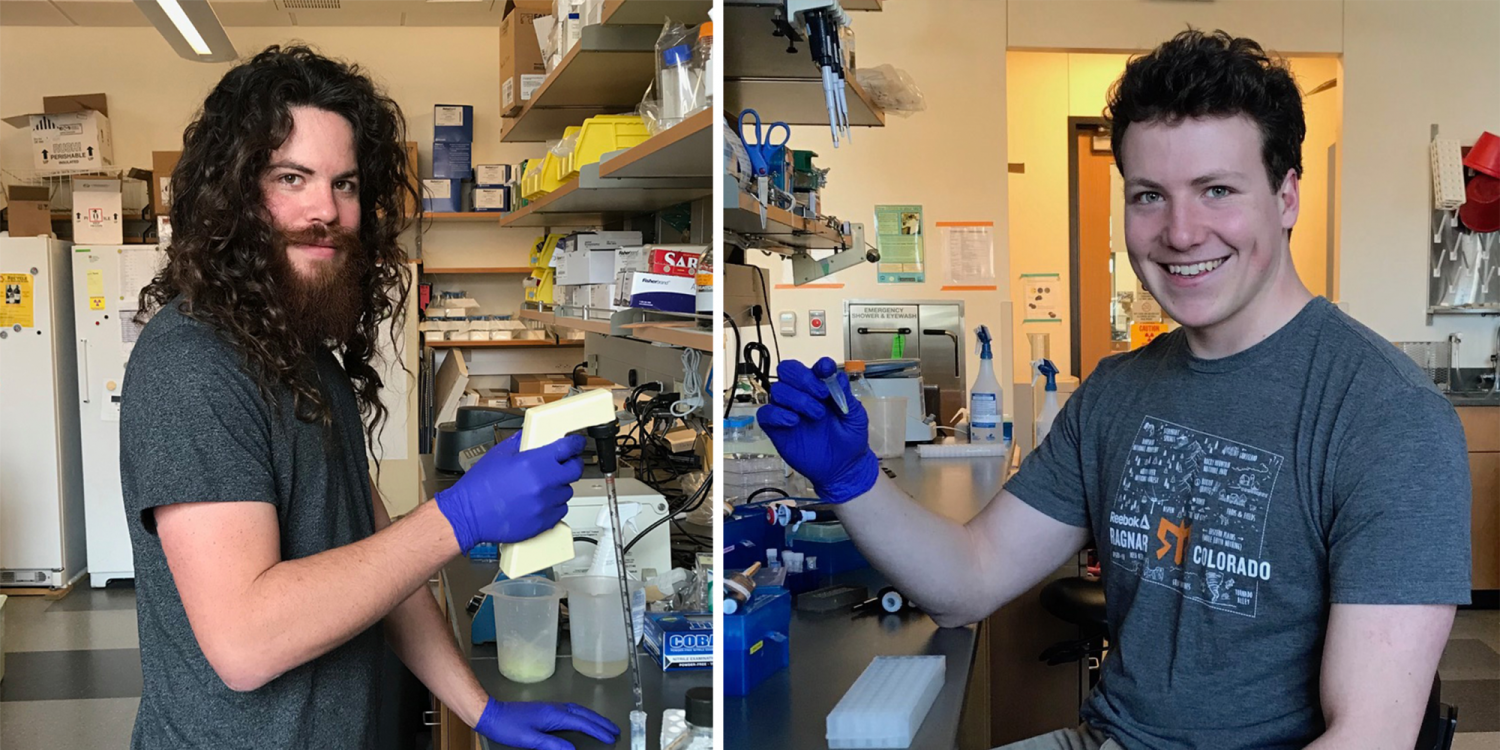 Co-first authors and brothers Devin and Gabriel Tauber used their complementary expertise in Parker’s lab to understand RNA recruitment to RNPs both in a test tube and in living cells. Devin is a Ph.D. student, and Gabriel was an undergraduate at the time of the study. While unplanned, the brotherly collaboration resulted in an elegant characterization of RNA self-assembly and uncovered the role of the enzyme eIF4A1 in limiting this process in cells.

“Gabe and I have always been interested in science, but we never thought we’d publish a research article together, let alone work in the same lab. Yet, we both fell in love with RNA research and became engaged in understanding the many ways in which RNA can function in the cell beyond simply serving as a middle-man between DNA and protein synthesis,” said Devin. “Since we are brothers, when one of us comes up with an off the wall idea, we are comfortable letting each other have it without the risk of endangering a professional relationship.”

Gabriel sought to understand RNA recruitment into RNPs by watching fluorescently-labeled RNA species assemble under the microscope. Gabriel observed robust recruitment of RNAs with every type of RNP tested. This result raised the question – how do cells limit the growth of RNPs such as stress granules?

The authors believed that the enzyme eIF4A1 was the most likely mechanism to prevent aberrant RNA assembly. eIF4A1 is one of the most abundant RNA binding proteins in the cell and uses energy in the form of ATP to disrupt RNA-RNA interactions. Using fluorescence microscopy to view individual cells, they saw that eIF4A1 is concentrated at the periphery of stress granules, providing further support for the idea that eIF4A1 disrupts RNA-RNA interactions at the surface of RNPs. Thus, Devin sought out to ask whether modulating the levels of eIF4A1 in the cell would affect stress granule assembly.

“This work will trigger a new set of studies on understanding how cells control RNA-RNA interactions to keep RNAs in the proper balance between functional and specific interactions while limiting inappropriate interactions,” said Parker.

eIF4A’s “RNA chaperone” function could be considered analogous to heat shock proteins, which prevent protein aggregation by binding to unfolded proteins. Protein aggregates that may contain RNA are commonly found in neurodegenerative diseases such as Alzheimer’s disease and Amyotrophic lateral sclerosis. Identifying the respective roles of RNA and protein in the formation of these aggregates could provide critical insight into the cause of these diseases.