Bacteria have feelings, too 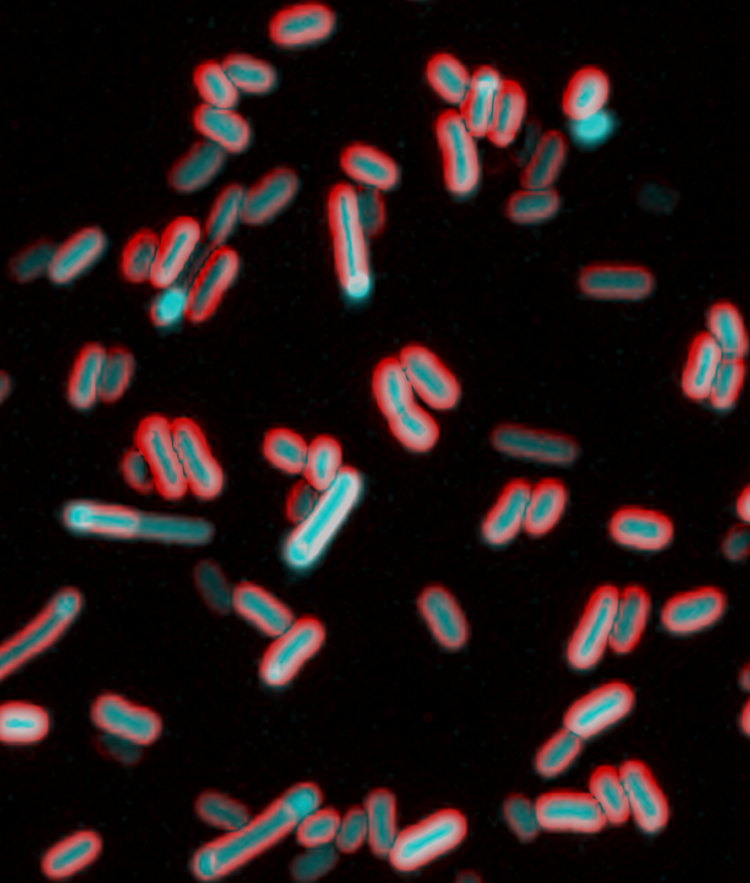 For humans, our sense of touch is relayed to the brain via small electrical pulses. Now, CU Boulder scientists have found that individual bacteria, too, can feel their external environment in a similar way.

In a new study, CU Boulder researchers have demonstrated that E. coli bacteria cells get excited when poked, sending out voltage induced calcium ion signals—the same way a vertebrate’s sensory nervous system works. The results are believed to be the first documented observation of electrical excitability in individual bacteria cells.

The findings, which could advance fundamental bacteria research and may eventually aid drug development for infectious diseases, were published today in the journal Proceedings of the National Academy of Sciences.

“People typically think that [bacteria] are these little things, that all they are doing is trying to divide and create more energy,” said Giancarlo Bruni, a doctoral candidate in CU Boulder’s Department of Molecular, Cellular, and Developmental Biology and the lead author of the new research. “[But] we’re not all that different.”

Scientists have long known that bacteria respond to certain chemical cues. Feed them sugar, and their populations explode. Douse them in antibiotics and their cell walls rip apart. More recently, though, scientists have noticed that physical signals, too, seem to activate these microbes. For example, Salmonella become more efficient at infecting human cells when placed on a stiff surface as opposed to a soft one.

“What we think could be happening is that they’re using these electrical signals to modify their lifestyle,” said Joel Kralj, the senior author of the study and an assistant professor in MCDB and the BioFrontiers Institute.

To study how bacteria feel their surroundings, the team inserted special genes into E. coli bacteria that glow when calcium ions or electricity pulse through them. The cells were placed in a sticky substrate under a microscope. Left alone, the cells remained dim. But when the scientists pushed a pad against them, the bacteria lit up. The sparks of light indicated that proteins, ions and electricity were moving around in the bacteria.

The results indicate that bacteria and other creatures share a common tool for sensing their environment—an electrical pathway with the same functionality as human sensory neurons. From an evolutionary perspective, this signaling trait could be billions of years old and used by some of the oldest organisms on Earth.

The study also sheds new light on bacterial activity with regard to infection. For example, when exposed to antibiotics, a few bacteria cells with unique electric signals usually survive. These survivors then go on to reproduce and share their drug-resistant capabilities with other bacteria, eventually rendering the antibiotic useless.

The CU Boulder researchers now plan to study how bacteria’s electric pulses are used to sense when to infect human cells. In the future, they hope to test for small, masking molecules that can dull these signals when introduced. Such molecules could eventually translate into drugs that help treat bacterial infections and overcome antibiotic resistance.

“If we can block bacterial electrical activity, they may be less likely to infect, because now they don't know that they have landed on your soft delicious gut cell,” said Kralj. “We could cut their hands off so they can no longer feel.”

Additional co-authors of the new study include Andrew Weekley and Benjamin Dodd of MCDB and BioFrontiers. The National Institutes of Health and the Searle Scholars Program provided funding for the research.