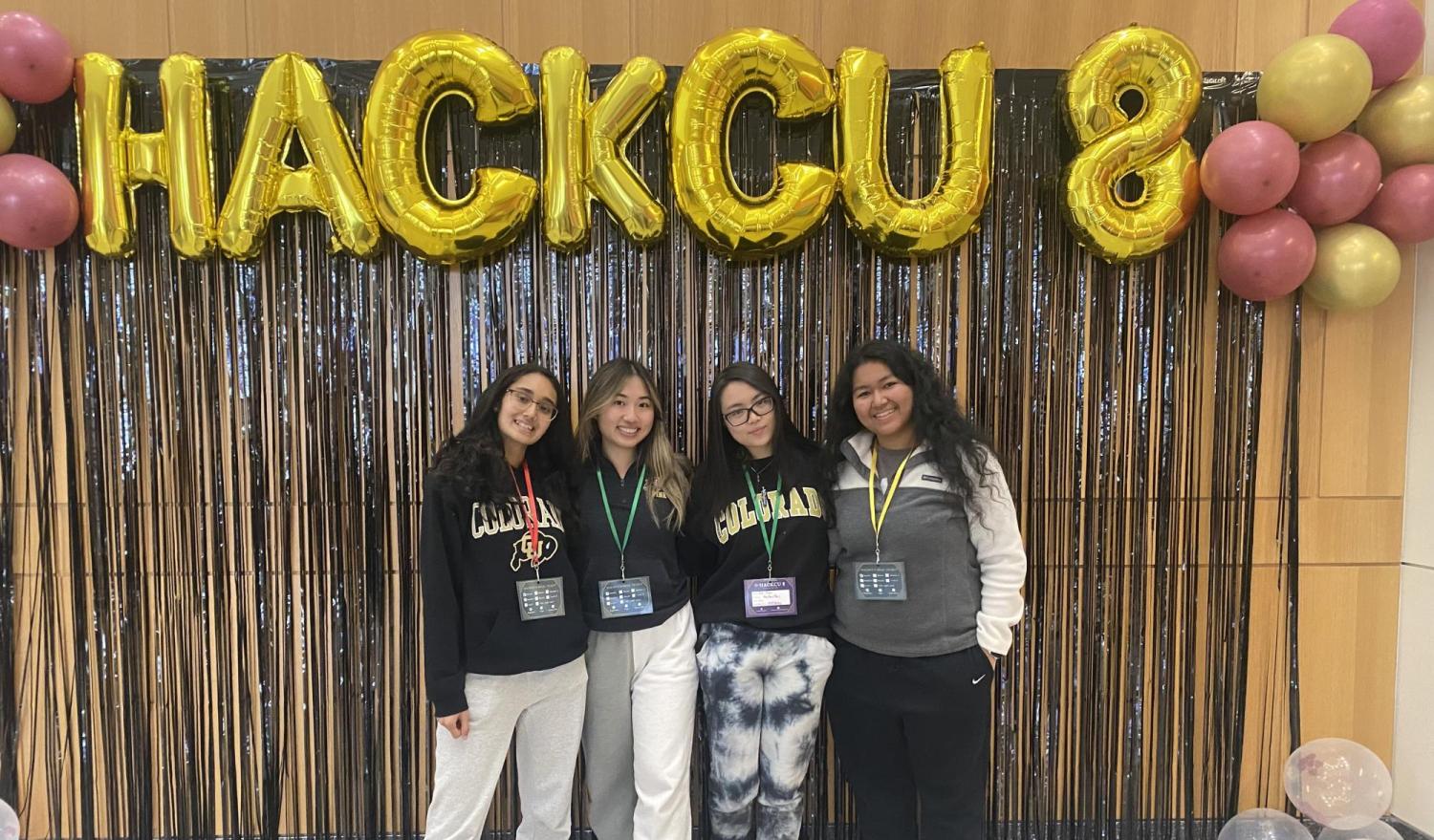 For the second year running, Creative Technology and Design students won first place at the largest university hackathon in the Rocky Mountain region, HackCU, held this year March 5-6 on the CU Boulder campus. Another student, whose two majors include CTD and computer science, took second place this year as the sole member of his team.

Océane Andreis (MS-CTD), Katherine Tran (BS-CTD), Sangati Shah (engineering and business, CTD minor) and Patricia Chin (computer science, minoring in CTD and business) together won first prize overall, as well as the social impact prize, for their project TL-DR, which helps users understand what they consent to when agreeing to data privacy terms and conditions. The team of four formed after working together as organizers of the ATLAS Institute’s 2022 T9Hacks, a hackathon that aims to attract women and other groups typically underrepresented at such events. Michał Bodzianowski (majoring in computer science and CTD, with a business minor) won second prize overall for his solo invention, Creatle, a web-based game engine/platform where technical novices can create their own remixes of the classic Wordle game. Creatle also won the Best Game and Entertainment Prize.

HackCU is an annual invention marathon where participants build and share their creations in just 24 hours. This year there were 29 submissions from 96 participants. The TL-DR team and Bodzianowski won electronics and other prizes.

All of this year's ATLAS winners said that participating in T9Hacks was a key component of their success.

“We felt inspired by the T9Hacks participants who worked incredibly hard, and we wanted to work just as hard,” Andreis said.

“Creatle is my attempt to create a platform for people to create, share and play their own remixes of the classic Wordle format with minimum effort,” he said.

But things did not go well at first for Bodzianowski. First he arrived an hour late to the hackathon; then at 3 a.m. he decided to scrap the experimental technologies he was using and restart his project. He almost quit, he said, but then pivoted to the technologies he used during the 2022 T9Hacks hackathon.

“With the help of a copious amount of caffeine, I was able to get a working prototype of Creatle finished just in time for judging,” he said.

At that point the actual "create" part of Creatle wasn't working— instead Bodzianowski showed the judges how he made the games through a development database and focused on the technical and design aspects of the project. 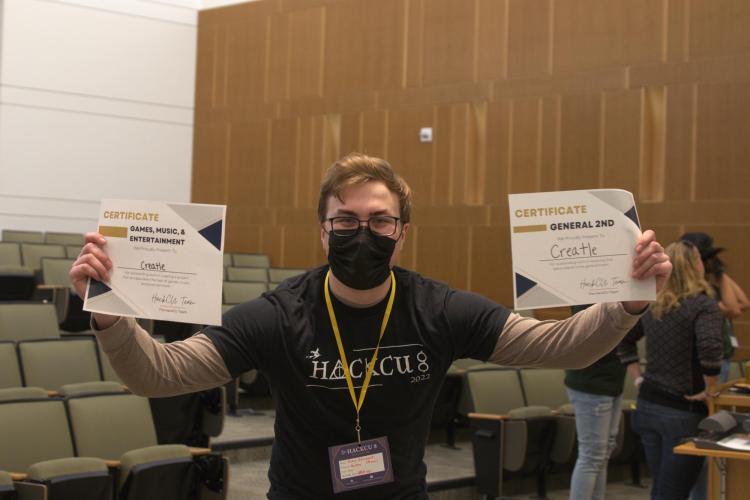 TL-DR allows users to take control of their data by encouraging them to stay informed about their data privacy. The solution is two-pronged: first a Google Chrome extension displays the terms and conditions of a viewed platform in short digestible bullet points. There’s also a website that helps users visualize the data that they willingly provide when blindly agreeing to website terms and conditions.

All of TL-DR’s team members had completed ethics classes where data privacy was covered, such as the "Meaning of Information Technology." Those ATLAS classes helped inspire their project idea, Tran said.

“Most people accept the lack of data privacy as the price to pay for free services,” she said. “Having learned about the extensive information that huge technology companies collect and seeing how invasive and harmful it can be, we felt motivated to respond to this topic.”

Everyone on the TL-DR team played to their strengths, Shah said. Andreis coded the Chrome extension and worked alongside Tran on the website. Chin prototyped the team’s  visuals while Shah pulled together the sample data and reviewed terms and conditions.

“In the midst of all the coding and designing, we had lots of fun eating the food, attending the side events, and, of course, just enjoying each others’ company—like any other team would,” Tran said. 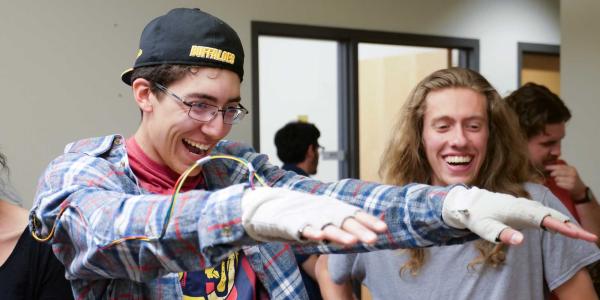 Holographic drumming partners, video projectors carried by drones, motion-activated video pinball, an app to help roommates manage household chores: These are just a few of the projects on display this Thursday during ATLAS Expo. END_OF_DOCUMENT_TOKEN_TO_BE_REPLACED 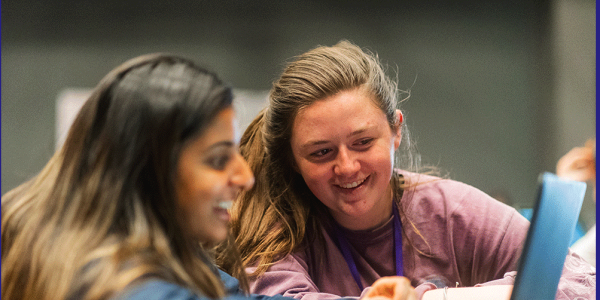 T9Hacks kicks off this year at an in-person event on February 18 at 4:30 p.m. at the ATLAS Institute. The seventh-annual hackathon promotes interest in creative technologies, coding, design and making among college women, nonbinary individuals and other groups that are underrepresented in technical fields. END_OF_DOCUMENT_TOKEN_TO_BE_REPLACED 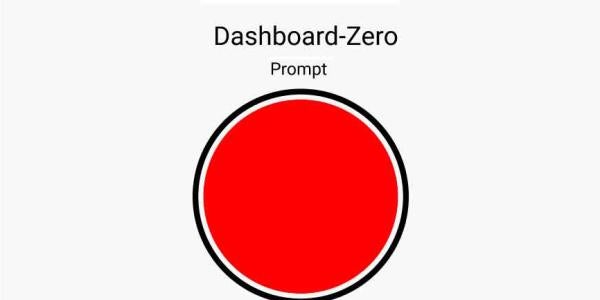 In a paper she will present later this month at the Human Computer Interaction International Conference, recent CTD graduate Elsy Meis proposes Dashboard Zero, an "easy-button" approach to user testing that is both simple and immediate. END_OF_DOCUMENT_TOKEN_TO_BE_REPLACED
Return to the top of the page