Please note: If you are interested in donating materials to the AMRC, please email Jessie De La Cruz, Music and Recorded Sound Archivist, Assistant Director of the AMRC, and Senior Instructor.  Her e-mail is jessie.delacruz@colorado.edu.  Please note that material donations cannot come directly to the Center.

The Swing Era provided the sound track to the Great Depression and World War II, and in its music lie the stories of one of the defining periods of the United States.  The AMRC's song sheets, recordings, memorabilia, photographs, and other documentary artifacts document every aspect of musical life in the era.  Of particular interest in the Center's collections in this era are our extensive materials documenting the life and career of Colorado's own Major Alton Glenn Miller, who attended CU before launching his career with his famed, eponymous orchestra.

Stories from the Collections: Perry Como

The Gordon Dooley Dance Orchestra Music includes the complete scores and parts for the arrangements used by The Gordon Dooley Orchestra. The parts, stored by arrangement in book order, include 182 titles, primarily from the swing/big band era and constitute Dooley's complete society band arrangements for varying instrumentation, from nine to sixteen parts comprised of 4-5 saxophones, 1-4 trumpets, 1-4 trombones and 2-4 rhythm section players. Also included are some ephemera and published documents related to Glenn Miller and his Orchestra, as well as photos and other memorabilia collected by Dooley throughout his career. 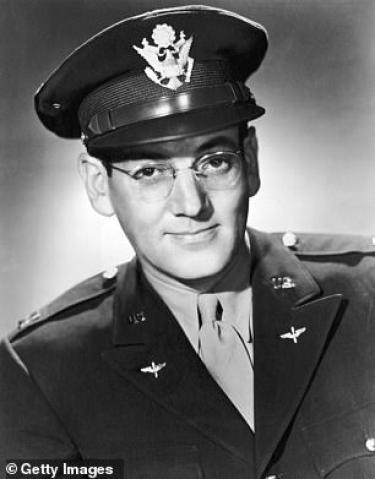 Alton Glenn Miller (1904-1944) was one of the leading figures in the Big Band era.  Born in Clarinda, Iowa, Miller moved to Fort Morgan, Colorado, at a young age.  He attended the University of Colorado briefly, but dropped out to and studied with Joseph Schillinger (whose pupils also included George Gershwin, Tommy Dorsey, and Benny Goodman) in New York City.  Miller founded his eponymous orchestra in 1938, and, after a famous 1939 performance at the Glen Island Casino, enjoyed meteoric success.

The band's sound captured the imagination of a country weary from the Great Depression, and the sound carried the United States into World War II. Miller disbanded the Glenn Miller Orchestra in 1942 to join the U.S. Army Air Corps as a Captain, and led the Army Air Force Band, providing musical support to the morale of the soldiers.  In December, 1944, Miller was en route from the United Kingdom to recently-liberated France when his plane disappeared over the English Channel.

Many of the most significant Glenn Miller artifacts are on permanent display at the CU Heritage Center, on the third floor of Old Main.  The Heritage Center displays numerous gold records (including the 1941 Gold Record for Chattanooga Choo Choo, the first gold record ever awarded), one of Glenn Miller's trombones, an autograph manuscript to Miller's theme song, "Moonlight Serenade," and other items.

Materials in the Glenn Miller Collections include:

·         Over 10,000 original acetates, transcriptions and audio tapes containing radio broadcasts and recordings of every big band and popular singer that performed in the United States between 1925 and 1955, including all of Glenn Miller’s extant recordings and radio broadcasts

·         The most comprehensive and complete collections of recordings, broadcasts and documentation in any location for bandleaders Glenn Miller, Tommy Dorsey, Benny Goodman, Artie Shaw and many others, cataloged, digitized and shared via weekly broadcasts and Internet outreach

Highlights of the Glenn Miller Collections include:

Collection contains Glenn Miller scrapbooks, recordings and other memorabilia collected by Ms. Feroce in the 1940s.