Every year, the Applied Mathematics Department supports undergraduate teams of students to compete in the international Mathematical Contest in Modeling (MCM). In 4 days (January 24-28 this year), a team of 3 students picks one problem out of 6 to research, model, and report on. In essence, each team conducts a mini-research project in 99 hours.

This year, the Applied Math Department, with support from the Engineering Honors Program, had 12 teams, 35 students in total, complete their chosen problem. Of these 12 teams, 3 received an Outstanding designation, 4 received Meritorious, 2 were given Honorable Mentions, and 3 received Successful Participant designations. Internationally, 36 of the record breaking 25,370 teams won Outstanding Awards. Three come from CU! Furthermore, 7 teams were in the top 6% and 2 were in the next 16% internationally. CU has received more Outstanding designations and named awards than any other university in the world. Truly outstanding.

One of these Outstanding teams also received the American Mathematical (AMS) Award and another received the Institute for Operations Research and the Management Sciences (INFORMS) Award. INFORMS selects one team from each of the six problems whose report exemplifies the modeling and analysis of professional practice. Essentially, one of the CU teams had the best report for one of the problems in the entire world.

The three CU Outstanding teams each worked on a problem which focused on using a mathematical model to assess how severe the opioid epidemic could become using real data from the National Forensic Laboratory Information System. Along with this, the students were asked to identify countries in which opioid use possibly began. In their report, the teams outlined their insights and results from their models, as well as test, with their model, possible strategies for combatting the epidemic.

The importance and relevance of the problem sets, along with the success of the CU students, shows the maturity and professionalism of the undergraduates in the Applied Math Department who will become our future leaders.

Congratulations to all those who participated in this challenging contest! 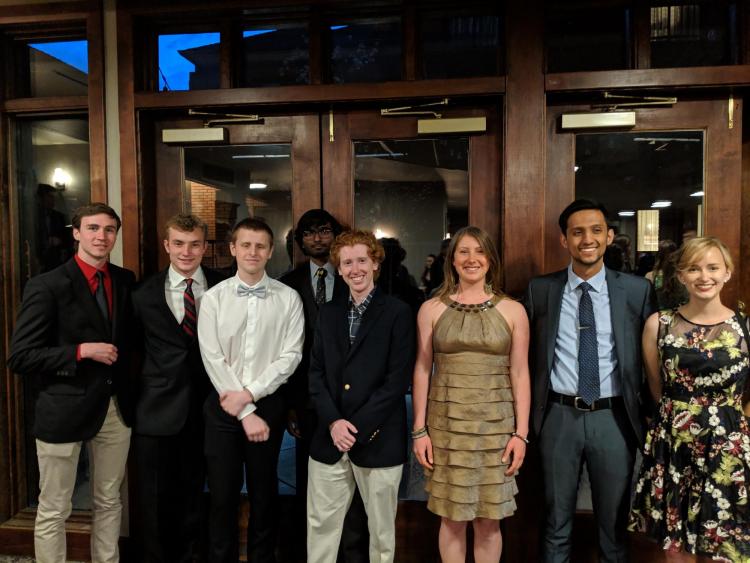 There is a website with the results and problems.