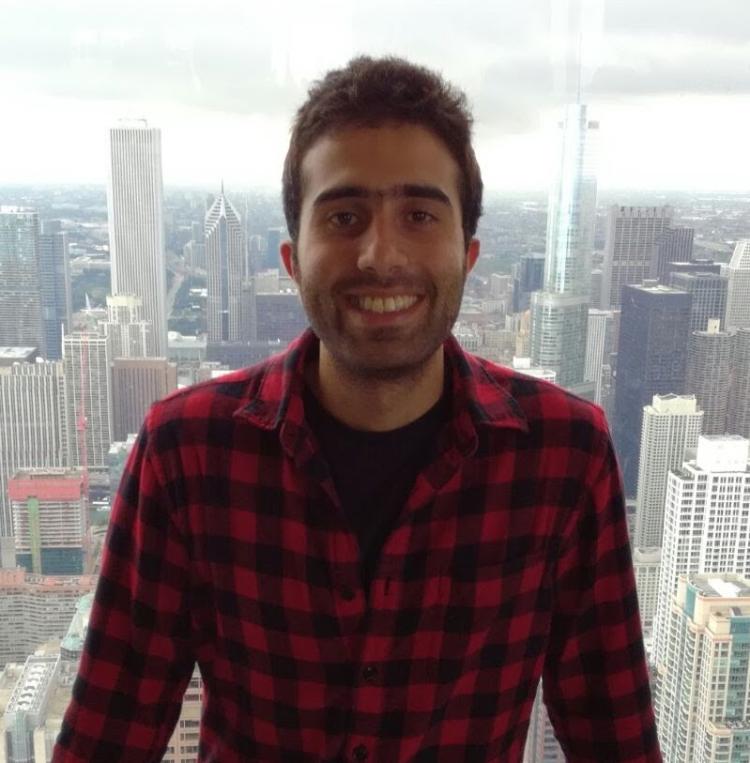 Armeen Taeb graduated from CU Boulder four years ago (2013) with undergraduate degrees in both Electrical Engineering (EE) and Applied Mathematics. He has since been working toward his PhD at Caltech’s Electrical Engineering Department, and expects to graduate in June 2019. His research focuses on statistics, and developing statistical models that account for noise/variance in observational data. He has also had some research collaborations with the Jet Propulsion Laboratory (JPL) including a project in which a statistical model Taeb developed was used to understand how reservoirs in California respond to drought conditions. Taeb speaks very highly of his undergraduate education at CU Boulder, saying that the classes he took and relationships he formed helped prepare him for graduate school, and still help him presently.

How well has your undergraduate education prepared you for graduate school?

The classes I took in APPM have been tremendously helpful for graduate school. These courses gave me strong mathematical foundations, but more importantly, taught me how to think analytically and logically. I think that is such a great service, and one that will continue to help me in my career.

What are some of your fondest memories from CU Boulder?

My fondest memories are the classes I took and the relationships I developed with the faculty. During my sophomore year, I took Professor Ablowitz’s Fourier Series and Boundary Value Problems, which changed my academic career. I realized that I loved mathematics and its applications to real world problems, including electrical engineering. I developed a mentorship bond with Professor Ablowitz that continues to this day! In so many ways, these experiences led me to the path of graduate school, and I’m forever grateful for that.

What do/did you like the most about the Applied Math Department at CU Boulder? Why?

I think the undergraduate APPM program is outstanding! The courses were without an exception excellent. All the professors deeply cared about their subjects and cared about students. Further, Professor Dougherty (the undergraduate representative), who is by the way another excellent teacher, provided a lot of guidance for the students in the department to flourish. All in all, APPM was a stimulating environment where I saw myself really develop as an academic.

Why did you decide to do your graduate work in Electrical and Computer Engineering?

I always saw myself more as an applied mathematician than an engineer. During my undergraduate years, I conducted research in the field of mathematical signal processing with Professor Shannon Hughes (in the electrical engineering department). Even though this research area comprises of statistics and optimization, it falls in the EE department in most universities. So when it came to apply to grad school, I targeted faculty who were doing similar research and those usually ended up being in the EE department.

Can you expand upon what your graduate work is about?

Broadly speaking, my research is on developing statistical methodologies to characterize large and messy datasets. As an applied mathematician, I like to work both on theory and applications. I’ve realized that my favorite mode of research is to start with an interesting but challenging application, understand the nuisances of the physical problem, develop a statistical methodology that would explain what we observe, and finally prove mathematically that my approach does what we expect.

Why did you decide to research statistics?

I found statistics to be a heaven for an applied mathematician, it is both rigorous and is widely applicable! Most of the measurement devices in physical processes introduce noise in the observations. Statistics provides a principled way to account for the uncertainty of noise while modeling the underlying phenomena. Further, the theory of mathematical statistics is very rich and often provides justification for techniques that we come up with.

Can you expand on your research and its importance?

Much of my PhD research has focused on developing statistical models that account for the presence and effect of latent variables (unobserved phenomena) in observational data. In the current age of using data to characterize physical phenomena, my area of research has become increasingly relevant since we often do not have measurements of everything that may contribute to the behavior of the underlying system. In addition to developing latent variable modeling techniques, I recently proposed a statistical procedure to provide confidence for these models.

Why do you feel Applied Math (or statistics) is an important field?

We live in an era where its often cheap to extract data from a system we wish to understand, so data is plentiful! I often interact with scientists at Caltech who have collected data from experiments and are faced with understanding this data to develop/confirm a hypothesis. Statistics provides a principled approach to deal with data. I strongly believe that every engineer/scientist should have some training in fundamentals of statistics, as it can be tremendously useful.

Can you expand on some of your collaborations with the Jet Propulsion Laboratory?

JPL has been a source of many interesting applications! A few years ago, I began a very fruitful collaboration with a hydrologist and statistician at JPL on modeling the California reservoir system. We applied the latent variable modeling techniques that I had developed to identify the first model of the statewide California reservoir system and used it to characterize how reservoirs respond to drought conditions. We published our work in a premier water resources journal. Just recently, I began collaborating on another project that employs spatial statistical models for detecting signatures (e.g. methane gas emission) from hyperspectral imaging data.

Input about Statistics & Data Science: I am extremely delighted that the applied math program is offering this major! I wish it had existed when I was a student at CU Boulder. Most departments in computer science and the data sciences have expanded tremendously over the past few years; a large factor in this growth is due to the sudden surge in Machine Learning. However, from my experience and impressions from applied math in Boulder, I am certain that the department will be one of few that focuses on theoretically grounded foundations of data science. I am proud to have been a part of a department that strives for understanding fundamental problems in computational and applied mathematics.