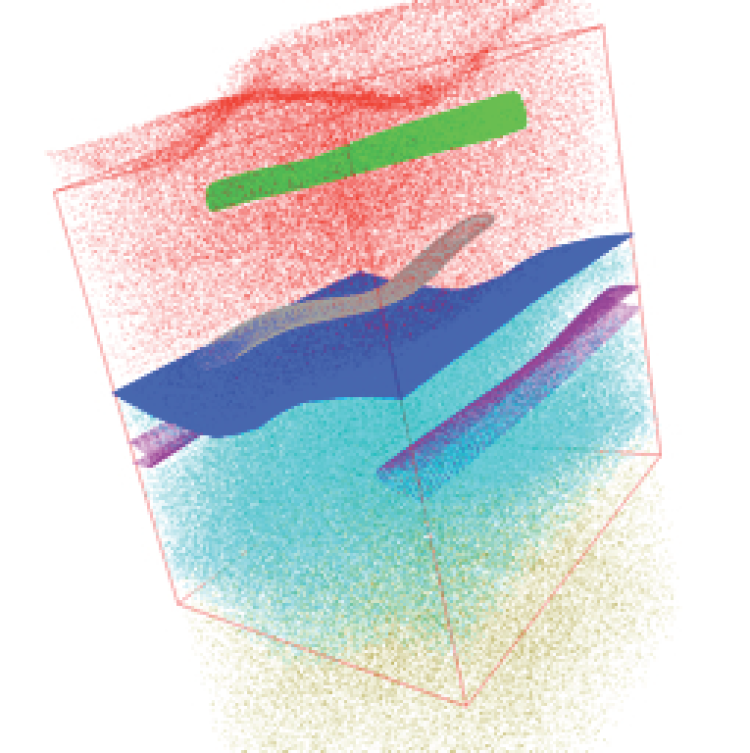 ABSTRACT:
Invariant tori are prominent features of Hamiltonian and symplectic dynamical systems that are integrable or nearly so. This arises in part because of the celebrated KAM theorem which shows the structural stability of certain “very irrational" (Diophantine) tori for “smooth enough" systems that are “anharmonic" (satisfy a twist condition). This robustness is responsible for the long time correlations and slow transport in chaotic Hamiltonian dynamics.

Each preserved torus is associated with a rotation (frequency ratio) vector that characterizes its dynamics. When the rotation vector is a scalar (two-tori for flows, one-tori for maps), the torus can be approximated in an optimal way by a sequence of periodic orbits obtained through the continue fraction expansion. This leads to Greene’s residue method, an extremely accurate technique for determining the breakup threshold of invariant circles in twist maps.

Generalization of these ideas to higher dimensional tori with rotation vectors has been difficult for a number of reasons. One is that there is no satisfactory generalization of the continued fraction. The second is that the instead of a single “residue", there are typically multiple quantities determining stability of periodic orbits.

Adam Fox and I study three-dimensional, volume-preserving maps with invariant two-dimensional tori. Such tori act as transport barriers, and naive “crossing time" experiments can estimate their breakup threshold. We have generalized the residue criterion for the case that the maps are reversible. More generally, computations of the conjugacy to rigid rotation can be used to compute the threshold. The local singular values of these functions gives evidence for the existence of remnants after breakup, analogous to the cantori of symplectic maps.

What are invariant tori?

Invariant tori are orbits of a dynamical system slightly more complicated than periodic orbits: they correspond to oscillations with multiple frequencies that have no common period---the dynamics is said to be "quasiperiodic." Visually, the orbit lies on the surface of a multi-dimensional doughnut, i.e., a torus.  Such structures are very common in conservative dynamics; indeed the most symmetric, conservative systems are called integrable; essentially, this means all of their orbits lie on tori and the dynamics is quasiperiodic on the tori.

What is celebrated about the KAM theorem?

The Kolmogorov-Arnold-Moser theorem is one of the most famous theorems of dynamics. It asserts that in many cases the invariant tori are robust, i.e., a small perturbation results in small modifications that preserve (most) tori. This is remarkable because many well-known physicists and mathematicians (e.g. Boltzmann, Fermi) thought that tori would be destroyed by an arbitrarily small perturbation. The theorem really should be called a "theory" since it has lead to many ideas and results.

What does ‘Diophantine’ mean in this context?

The definition of "most" for KAM refers to an interesting number theoretic property of the frequencies of the torus: they must satisfy a Diophantine property. This property is a like the distinction between rational and irrational numbers, but finer: a frequency is Diophantine if it is "sufficiently" irrational. Some numbers like golden mean are known satisfy this property, but for others, like π, it is still not known whether they do or not.

Volume-preservation is a consequence of the absence of dissipation. Simply put, dissipation causes orbits to contract together, often leading to simpler dynamics (oscillations die out leaving an equilibrium). This does not happen for the conservative models of physics such as the undamped pendulum or the motion of bodies under gravitational attraction or electromagnetic forces: are all volume-preserving (and indeed Hamiltonian). Another volume-preserving case is a fluid when the motion is slow compared to the speed of sound (subsonic): the fluid is then incompressible. An interesting incompressible dynamics is the study of the mixing properties of a slowly stirred fluid, say the mixing of cream in coffee.

What does it mean for a torus to ‘break up’?

My student Adam Fox and I have discovered several computational methods that give accurate values for a critical threshold when the tori in three-dimensional volume-preserving systems are destroyed. This threshold corresponds to the onset of  "global chaos." In this case there are orbits that undergo a nearly-random walk. Moreover, since the tori are gone, orbits can move globally from one region of space to another.

What sorts of questions are you continuing to investigate?

There are still many open problems in this field. For example: can one generalize other notions that we know for two dimensional systems to three dimensions? One example of this has to do with what is called "anti-integrable" theory. In this theory the tori are replaced by exotic sets called "cantori"--they are fractals that are Cantor sets. The numerical work of Fox seems to indicate these structures may exist.  Another open problem is the quantification of transport speeds in the slightly super-critical regime. Is there are critical exponent like there is for 2D?