Pushing for the Pinnacle 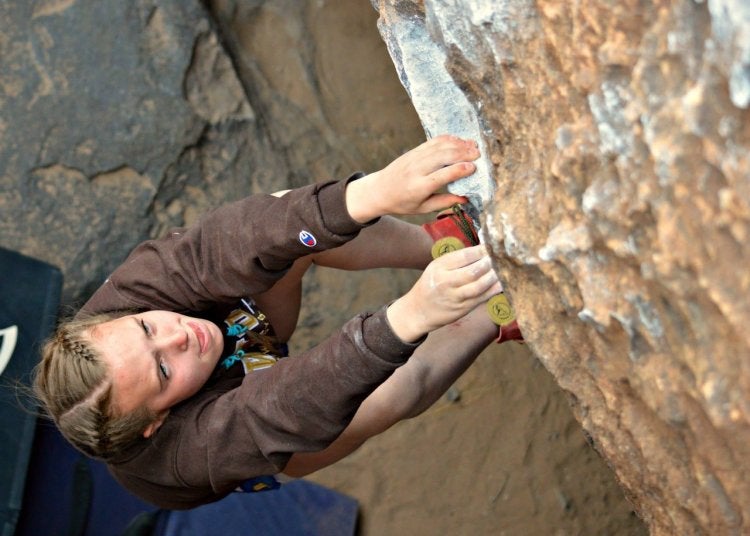 Last year I was up in South Dakota where my dad grew up with a friend. We were trying to figure out what we wanted to climb. Flipping through the pages of a well-aged guidebook we came across a picture of some teenage climber with curly hair and far too short of shorts on at the top of a pinnacle. My friend looks closer at it and goes what’s your dads name again? I grabbed the guidebook and took a closer look and sure enough that teenager was my Dad about 40 years ago.

This wasn’t a strange occurrence for me. My family is a climber family. My dad has been climbing since high school and my sister sends harder than most of all the guys at the crags. I grew up in Estes Park and could see lumpy ridge out of one window and Longspeak out of the other. My dad had me at the crag before I could walk and was hauling me up multipitches for as long as I can remember. Our family vacations were a little atypical compared to most as they would consist of weeks of climbing throughout the western united states. When we weren’t traveling to climb in the desert or at Devils Tower we were climbing in our backyard. Estes Park is the home of many professional climbers including Tommy Caldwell and Paige Classen. I remember growing up walking through the grocery store and seeing tommy and whispering to my dad “oh my gosh its Tommy Caldwell!!” and my dad would just be like, “yeah… go say hi”. I was living in a world surrounded by climbing.

I decided at a relatively early age that I was going to be a climber forever. I had aspirations of climbing El Capitan, going deep water soloing in Mallorca Spain and climbing in Squamish. When I turned five I was finally old enough to join the climbing club in Estes. This is what kick started my competitive climbing career and It just sort of escalated from there. Quickly my life became consumed by indoor competitive climbing. The weekends that were once spent at the crags turned into weekends traveling to competitions across the US. When I was in 4th grade I followed my sisters lead and joined a competitive climbing team in Boulder Colorado called team ABC.

Team ABC is run by the professional climber Robyn Ebersfield. It is a team based around young kids and it happens to be one of the top teams in the Nation. My mom would make the hour-long drive to Boulder 3-5 days a week to take me and my sister to our 3+ hour practices and then drive us an hour home. When competition season picked up the 3 days turned into 6-7 days. It’s safe to say that my family’s life was consumed by competitive climbing. We would manage to sneak in some outdoor days here and there as required by my dad, but most of my time was spent in a gym.

Our years would start in September with training for bouldering regionals then continue to bouldering divisionals and the nationals in February immediately after would start training for sport regionals then divisionals then sport nationals in July. We would then get about a month off to climb outside before we started training again. I found my tribe in my team; we were a family. The lessons that many kids learn in school or through school sports I learned from my teammates and my time spent on the rock. This continued until my freshman year of high school.

In the fall of 2014, a huge flood came through Estes park and wiped out all the exits out of town. It would take months to make these roads easily passable again. Due to this my parents decided it was best to take an unending break from driving to Boulder for practices. They encouraged me to train at our climbing gym in Estes and still were fully willing to support me in my climbing endeavors, but without the support of my team I quickly burnt out.

I went from climbing almost every day to climbing maybe twice a year for four years. I pretty much just stopped cold turkey. I had lost sight of why I climbed at all and honestly, I found the break to be refreshing. I finally had time to do the things that I didn’t have the time to do while I was competing. I joined the school swim and dive team and made state in Diving, I joined the track and field team and won state for the pole vault. It was odd. A sport that at one point in my life was the only thing I thought about quickly drifted away and I rarely thought about it. My dad would try and encourage me to go climb with him, but I couldn’t find the desire to go do it. Somewhere in the many years of competing I forgot what I actually loved about the sport and just got caught up in the competitions. 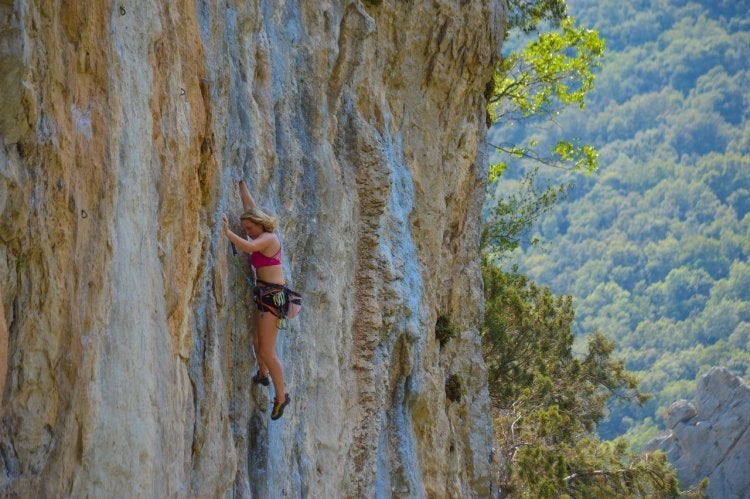 When I started college at CU my sister was the climbing wall student coordinator for the outdoor program and was looking for people to work there. She tried to convince me to apply and after some persuading, I decided that I would. It was an environment I knew well, and I already had a lot of the skills needed to work there. Also, I had no friends at college and figured I could at least meet some like-minded people. I would spend my Monday nights working the desk and hanging out with people in the gym. I quickly started spending a lot more time there. Any breaks between classes I would find myself hanging out at the outdoor program. I felt comfortable there and being in a climbing gym somehow eased the anxiety I felt about talking to new people. Talking beta with someone was way easier than trying to meet friends in the dining hall for me. I started to realize how much I missed not only the sport of climbing, but the community it brings with it.

For so many years my climbing was about training to win competitions and to push grades, but that didn’t intrigue me as much anymore. I knew that climbing was a huge part of who I was but didn’t really know what that was going to look like. I decided that if I was going to go climbing again it was going to have to be FOR FUN. I was much weaker than when I was competing and even though I understood the technique to do many routes I just didn’t have the strength anymore. I tried not to care about how hard I was climbing or how strong I felt, but rather focus on if it was making me happy.

As soon as I would start to compete with myself, I would leave the gym. I found friends to climb with who were also there just to have fun and to be together. I started teaching belay classes to beginners, leading outdoor climbing trips ad setting at the gym. The people I was surrounding myself with didn’t care how hard I could climb they were just there to learn and to create environment for others to learn in. It was awesome because I realized I could teach people not only the technical skills, but I could share with them why I truly love climbing. It is a sport where you fall a lot, and people watch you fall and encourage you to try harder.

It’s a sport where you encourage yourself to try harder. You tell your brain to ignore its red flags going off telling you that you are too tired or too scared and you learn to push your limits and find yourself capable of way more than you ever thought you could. Its empowering. It is also a hugely community driven sport. When I go out to the crag most of my time is spent hanging out with fellow members of the community. Rarely when you talk to someone about climbing do they talk about it like it’s a personal endeavor, they talk about who was there with them and how their achievements are not their own, but achievements also of the people who helped them get there. I love this about climbing. It creates a space to be with people and with nature and a place to connect with your body and mind.

After my sophomore year of college, I got the opportunity to travel to Spain and climb with my sister. It was the trip of a lifetime for me. We went deep water soloing in Mallorca and sport climbing in Sadernes which had been dreams of mine for a very long time. The climbing there was some of the best climbing of my life. I was happy to be on the amazing limestone pushing my limits with the people I love. When I was climbing there, I was able to reflect on climbing throughout my life and knew it was something that really would be in my life forever in some way or another. I appreciate the years I spent with my team training really hard and competing because it helped make me who I am, but I look forward to the days spent outside in new places with new people.