Since she was a little girl, politics has always fascinated Dr. Janet Donavan. “In Kindergarten, I was really interested in the 1980 presidential election”, she explained, “and when I was in 3rd grade, I got a subscription to NewsWeek for my birthday.”

“I don’t know why.  My parents weren’t interested in politics,” she joked. “I did learn to read from reading the newspaper, so the first thing I read was politics.”

“When I was in school, and still today, there’s this huge change going on with journalism and information, newspapers, and how we get our information,” she explained. “I really wanted to study that and study how people get their political information instead of being the one who writes it.”

As a result, one of her favorite classes to teach in PSCI 4341: Media & Politics and her research focuses on political communication. “I am really interested in the role of journalism and the dissemination of information in the political process, so how people get their information about politics, how people make decisions, the quality of that information.”

She was interested in addressing the gap in literature on the era because “it shaped the state governments which already existed when we started the revolution.” She argues that the ideas that formed the National government and US Constitution came from the colonial governments and experiences at the colonial level. 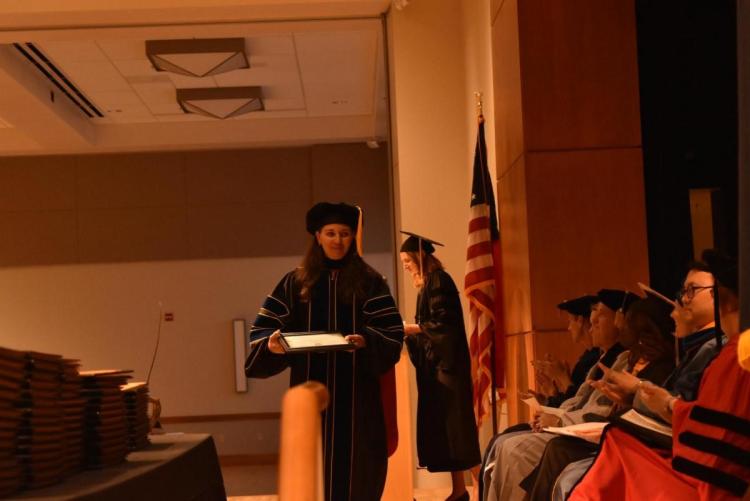 However, most her job here at CU is teaching, so some of her research is focused on “teaching and learning” in Political Science, and the ways to better the curriculum for students.

When she isn’t working, she can be found hiking, camping, and travelling around Colorado. “I am from Ohio, I went to grad school in Wisconsin, had a job in Washington and had a job in Minnesota and now here,” she listed. “I just love the weather and outdoor lifestyle” of Colorado.

In 2018, Dr. Donavan was awarded the 2018 Mentor of the Year Award, a new honor from the Department of Political Science meant to recognize professors that go above and beyond the role of classroom instructor.

“I was excited, I think it is a great idea that we have it, and I was really honored by it. I try really hard to mentor students because I think it is an important aspect of what we do.”

"I am really lucky”, she said. “It is hard, but it is something that I enjoy and can get up and do every day.”

“Find something you are care about,” she advised, “study it, understand it, and work for it. It is just a good way to enjoy your life.