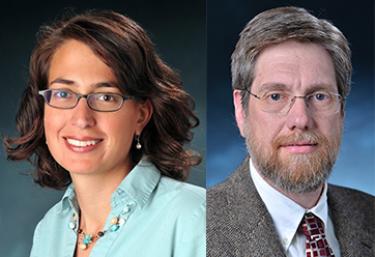 The 2016 Breakthrough Prize for Fundamental Physics was awarded November 8, 2015 for the discovery and study of neutrino oscillations, revealing a new frontier beyond the standard model of high energy particle physics. The $3M Prize is shared among the all of the scientific collaborators including CU-Physics Professors Eric D. Zimmerman and Alysia Marino, as well as CU postdoctoral researchers Robert Johnson and Stephen Coleman, and graduate students Scott Johnson, Andrew Missert, and Tianlu Yuan.

Neutrinos are the most elusive of all of the fundamental particles that make up the universe. They are produced in many nuclear reactions. Since they interact so weakly with other matter, they can travel all the way through the sun or the earth. Because of this, very large underground detectors have been built to catch and study these elusive particles. The CU team works at T2K in Japan, which generates an intense beam of muon neutrinos on the east coast of Japan using a device built at CU, and shoots them through the earth aimed at the Super-Kamiokande neutrino detector deep inside a mountain 180 miles away on the other side of Japan. Professor Marino was also a team member in the Sudbury Neutrino Observatory (SNO), one of the other collaborations cited in the prize. The Breakthrough Prize was awarded for the observation that muon neutrinos can oscillate into electron neutrinos by the time they reach the detector.