2057 is a collaborative sound project by artists Mark Amerika and Ryan Ruehlen. Recorded inside the TECHNE Lab at the University of Colorado, the album remixes Amerika’s sultry vocals and spoken word poetry with Ruehlen’s experimental jazz compositions. The artists came up with the title, 2057, after having read various texts and manifestos related to the recent movement known as Accelerationism. One book the artists were particularly drawn to was Capitalist Realism, a document composed by the late Mark Fisher aka k-punk.

“It is easier to imagine the end of the world than the end of capitalism,” writes Fisher in Capitalist Realism, but what would an alternative to the Über-Capitalist End Times actually sound like? Riffing on Capitalist Realism’s subtitle, “Is There No Alternative?”, the artists have composed seven unique music tracks that feature a new style of music they have tagged cyberbop jazz poetics.

Drawing a clear historical connection to the Beat jazz poetry scene that itself was instrumental in challenging the logic of commercial consciousness at the dawn of neo-liberalism, the album starts with a track titled “The Body is an Illusion,” featuring one of Amerika's spoken word performance personas whose seductive vocalizations are intentionally structured to create a mood-modifying experience for the listener, taking them on a trip through a dark reality that can only be overcome through collective acts of transcendental interoperability. The track’s mantra, “the body is an illusion that repeats itself,” refers to a form of Kundalini consciousness that projects itself over great distances beyond the space-time continuum and shatters not just the traditional forms of self-embodiment, but the notion of time itself. In 2057, this coterminous scalability between accelerationism and DIY Buddhism finds its way into the soundscape as a way to initiate an imaginary horizon of sci-fi discourse calibrated to teleport the listener to a future form of fictional presence.

In addition to producing this original conceptual spoken word cyberbop jazz album, the artists fabricated a very limited edition artist book titled Supersonic Space - Time Hacking. The book is scaled as a 16-page, high gloss 12" X 12" object that comes in a clear LP sleeve with a full-length version of the album on customized cassette tape as well as a metallic flash drive with all of the digital files. The artist book comes in an edition of 20 and is in many private and institutional collections including the Tate Britain, The University of Michigan Special Collections, and the CU Art Museum.

For more information on the limited edition artist book and/or to listen to the album for free. 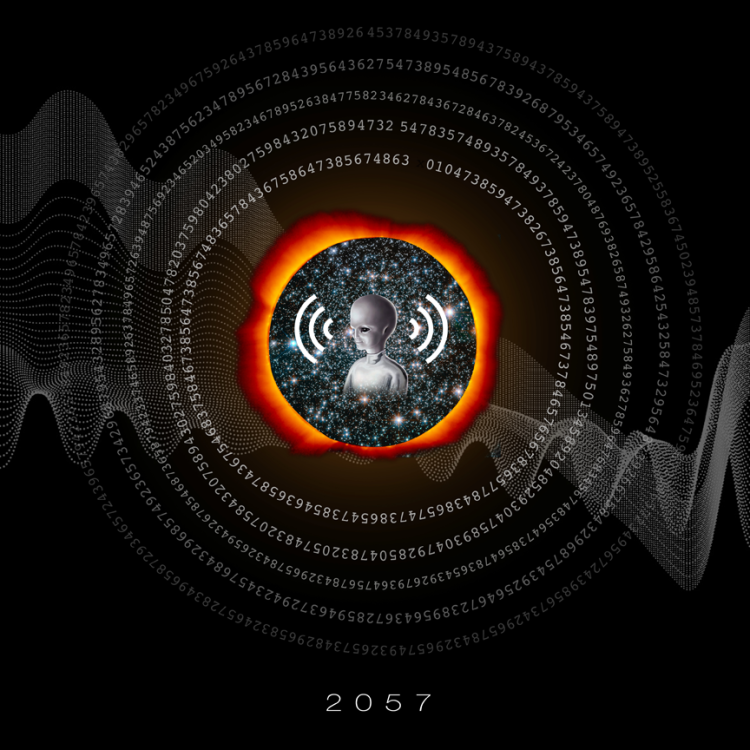