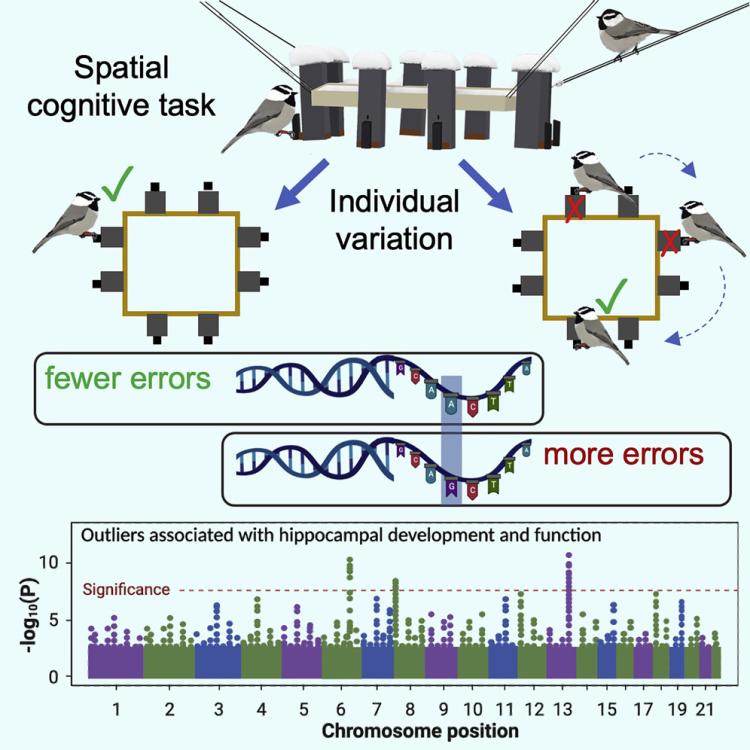 The product of a very fun collaboration just came out in Current Biology!

Using a long term dataset of spatial cognition from a wild population of mountain chickadees in the Sierra Nevada collected by Dr. Vladimir Pravosudov, Dr. Carrie Branch, Ben Sonnenberg, and Angela Pietra, we investigated the genetic basis for variation in this important trait.

Chickadees cache thousands of seeds upon which they rely to survive the winter and Dr. Pravosudov's lab has already shown that natural selection is acting on the trait.

Our lab, led by Dr. Georgy Semenov and Dr. Dominique Wagner, sequenced 42 of the best and worst performing birds and searched for associations between genotype and phenotype using GWAS and machine learning methods. We found many significant associations that were concentrated in brain regions associated with neuron growth and development, and with hippocampal function. This sets the stage for investigating temporally variable selection in the wild and we recently recieved a new NSF grant to expand this work!