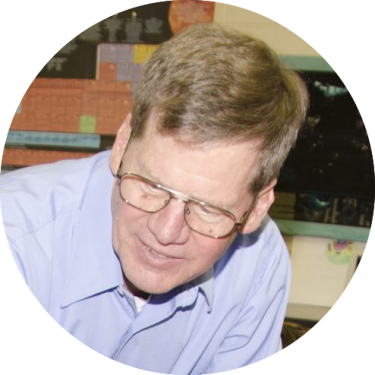 Much of our current research focuses on invasive species and how these interact with other components of global environmental change.  Our lab attempts to conduct research on mechanisms that can enhance ecosystem services and conservation ecology for the Anthropocene.

New and emerging topics involve a) the transformation of the lower montane forests (into meadows and Ponderosa savanna) along the Colorado Front Range, and abiotic and biotic factors influencing changes in the Front Range grasslands.

Our outreach activities attempt to involve students and stakeholders in active conservation and restoration efforts that will enhance the resilience of the Front Range given the current suite of environmental drivers. For those wanting to get involved, you can email me, or check out the volunteer activities at Wildlands Restoration Volunteers.

Improving communications between scientists and society: The value of partnerships with journalists

Prefatory Note: Our research program received an REU supplement to fund a student being trained in environmental journalism to work alongside scientists involved in basic research on nitrogen dynamics of the alpine. The student investigated the relationship between this research and the evidence for local, regional and global impacts of excess nitrogen on biological systems.

I asked the journalist two questions. First, what was the major problem in communication between scientists and society, and second, what was a possible solution to this problem. Below is her response. I was very impressed with her perception, and I believe that her solution is practical and appropriate in many but perhaps not all situations. trs 8/20/97

Improving communications between scientists and society: The value of partnerships with journalists.

— thoughts from a journalist's perspective —

I think scientists must have a tough line to walk. On the one hand, as with any specialists, they simply have to speak technobabble if they are to discuss their ideas with colleagues and advance science. On the other, making the leap to public translation is hard. Journals like BioScience are great for interprofessional discussion, but are murder on the layman. Trade magazines like Discover, or worse, Time, help the public understand the issues but rarely satisfy the scientists. There's no middle ground where everyone is happy. One would have to decide just what function journals should serve. I don't think there are any inadequacies in the existing literature, if they are to be a forum for scientific cooperation. But if they are intended to serve the public, then some interpretation is needed. Magazines like Scientific American and Discover are supposed to bridge that gap but don't seem to.

The animosity I see between science and the media (the public) really isn't doing anyone any good. Last week I hung around with an entomologist who spoke with sour disdain at having to identify the occasional bug brought in by curious civilians. It was cutting into her research, she said, and she was looking forward to discontinuing that service altogether. I was horrified. Sure, it doesn't advance her science, and it's not terribly important, but the PR from such a gesture is immense for the energy involved! And what's the point of entomology if it doesn't serve to increase human understanding as a whole? As you know, public backing is essential to the acquisition of grants and the election of science-friendly politicians, so science has got to be on good terms with the public or else! But I personally couldn't imagine someone equally gifted in both science and trade journalism. Even Carl Sagan was better at one than the other.

The answer is partnership. I have little personal experience in the science-public relationship, but it seems to me that a cadre of really educated science journalists working in tandem with the scientific community could do great things. I don't think it is entirely the scientists' responsibility to improve communication - science writing as a specialty needs to be much more highly valued within journalism - but the partnership could also use more patience, and a heightened priority for public understanding, on the part of scientists.