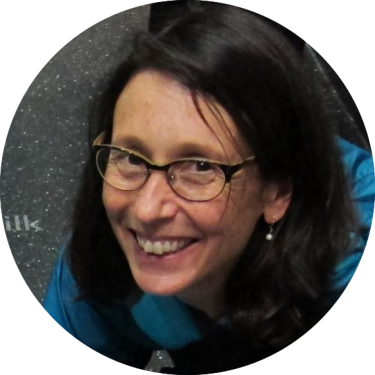 My professional interest lies in diatoms, which are single-celled organisms contained within silica cell walls.

I am interested in taxonomy, paleoecology, systematic, assessment and biogeography of diatoms. My research is directed toward understanding diatom biology and the ecological roles of diatoms on the planet. I am passionate about sharing diatom taxonomy and ecology with scientists, students and the public. I currently serve as Chair of the Editorial Review Board for collaborative, electronic, peer-reviewed flora, Diatoms of North America. 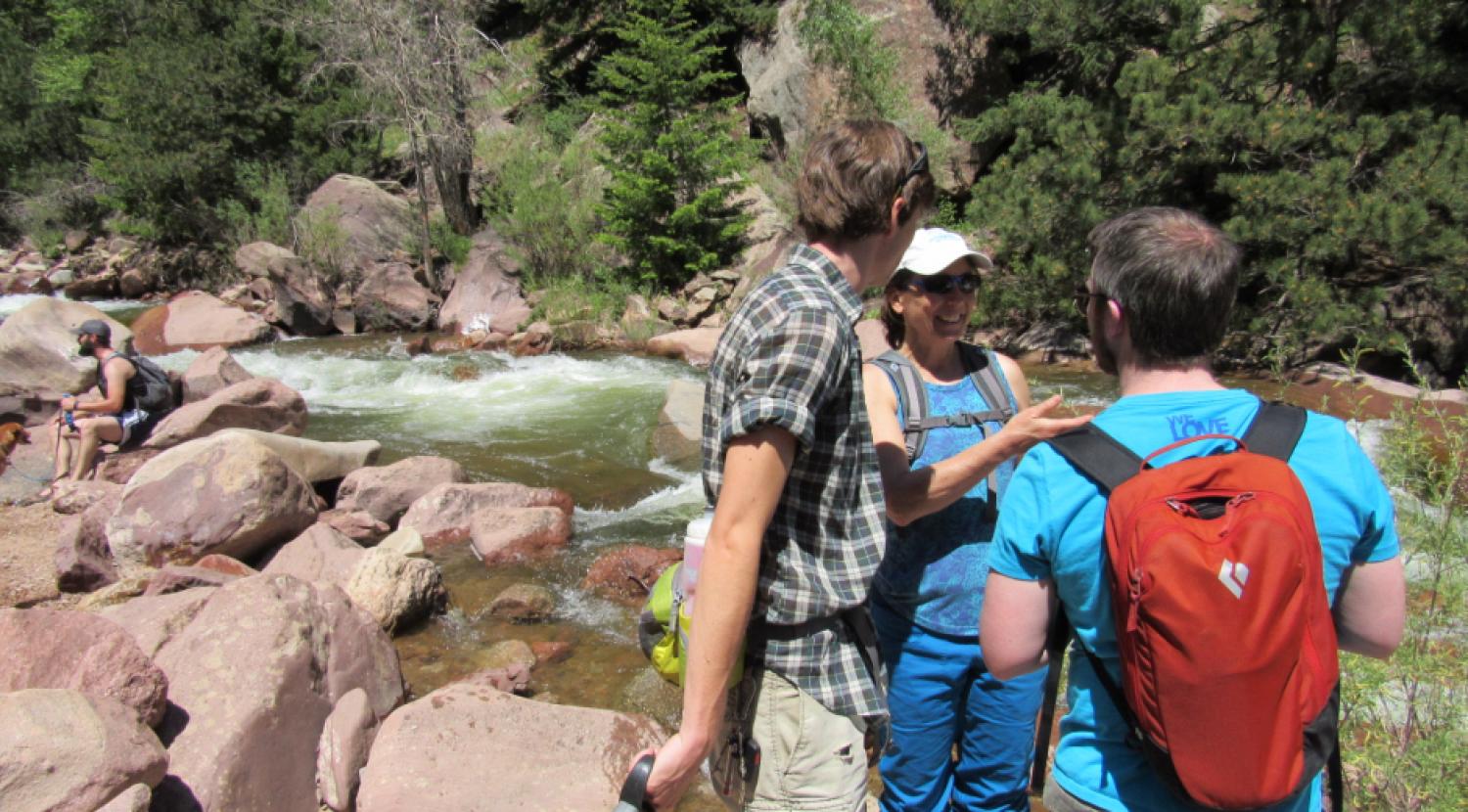 The INSTAAR Diatom Laboratory has projects on 1) assessment of streams and rivers through a cooperative agreement with the US Geological Survey 2) describing the diversity of diatoms in North America through an online flora, 3) reconstructing the history of reactive nitrogen deposition in western lakes and 4) understanding the biology of the diatom Didymosphenia geminata. 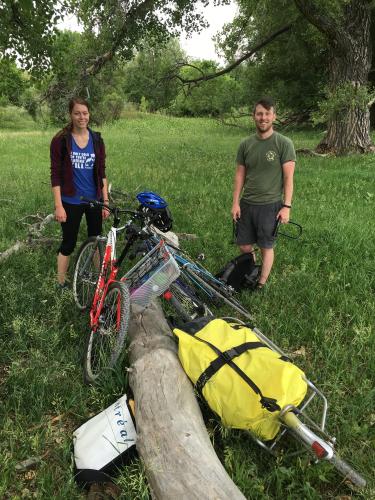 In order to effectively use diatoms as environmental tools and understand human impacts that alter aquatic ecosystems, research is needed to document diversity, geographic distribution and environment-species relationships. National Water Quality Assessment (NAWQA) Program in conjunction with CWEST scientists and CU graduate and undergraduate students have the technical expertise to accomplish fundamental work. The results of the collaboration promises to increase the accuracy of biotic metrics and indices in aquatic surveys. Specifically, we aim  to produce and expand upon (1) taxonomic consistency of algae in federal and state programs (2) species habitat modeling, especially related to reference streams, (3) species and ecosystem properties over seasonal cycles, (4) diatom life history and the role on population dynamices and (5) novel information interfaces. Our lab is developing stream assessments of regions of the United States - the southeast, northeast and northwest. In addition, we are characterizing the species composition in a number of long-term sites (Trends Sites) across the country. 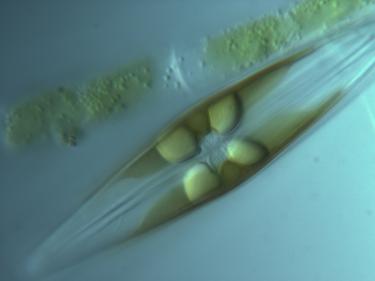 Live cell of Frustulia, the nucleus and chloroplasts of the cell are visible through the silica cell walls of this diatom.

Diatoms of the United States

Diatom species composition and abundance reflect the biotic condition of freshwater streams and lakes. Together with aquatic invertebrates or "bugs" and fish, diatoms are an indispensable component of federal (U.S. Environmental Protection Agency's (USEPA) Environmental Monitoring and Assessment Program (EMAP), U.S. Geological Survey's (USGS) National Water Quality Assessment (NAWQA) Program) and state monitoring and assessment programs. The USEPA advises state agencies to include attached algae or "periphyton" in biological assessments because diatoms are sensitive to human impacts on watersheds and the condition of diatom populations reflects the aquatic ecosystem response to environmental stress. A lack of recent taxonomic and ecologic research on North American diatoms has led to a situation in which the ability of Federal agencies to assess the biological condition of freshwaters using algae is constrained. The existing taxonomic keys for the United States are incomplete or out of date. We recognize that analysts need to have access to accurate taxonomic and nomenclatural information on diatoms. By developing a publically accessible resource to provide accurate information on diatoms, analysts will have the ability to create consistent and accurate data in support of Federal and state compliance with the Clean Water Act. 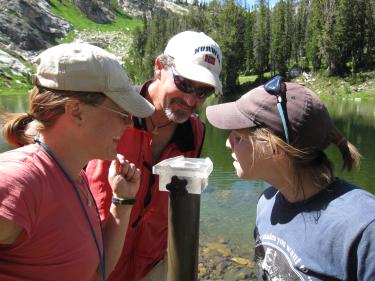 In western North America, atmospheric sources of inorganic nitrogen (N) (nitrate and ammonium) deposited with rain, snow, or in dry deposition can result in changes in surface water chemistry and in aquatic biota, including diatoms. Scientists have been concerned with N for its acidification effects as well as for its fertilization effects. In nutrient poor environments, including the Rocky Mountains, algae have been well documented to be limited by N.

The primary community level change to either acidification or fertilization in the algae is by a shift in species composition. The eutrophication of lakes by deposition of atmospheric N is of great concern in the west, and there is evidence that many historically unproductive lakes and are experiencing increased biological production due to atmospheric N. Increasingly, diatoms associated with human activities are entering new aquatic systems and resulting in dramatic ecosystem change. In this project in Grand Teton National Park, we are determining the effects of atmospheric deposition of N on primary producing organisms (diatoms) by reconstructing the paleolimnological history of diatom species composition in sediments of five lakes. 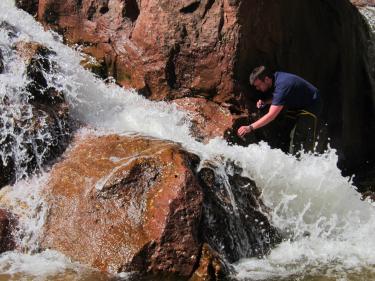 The freshwater diatom Didymosphenia geminata has been a nuisance species in many parts of North America. In the past 15 years, it has become of of broader public interest, because of its formation of large "blooms" in New Zealand, Chile and Argentina. We have been working to determine the modern and paleo distribution of D. geminata, using a variety of approaches. We examined the D. geminata life history using two novel methodologies for collection and analysis of diatom morphometric data, image flow cytometry and finite mixture models. Our work uses these methodologies to capitalize on the fact that diatom populations decrease in size with vegetative reproduction. That is, diatom cell size reflects the age of a clone. We characterize the spatio-temporal complexity of diatom cell size distribution in a lotic system and our results are the first documentation of size restoration in this species.

Perspectives on the paleolimnology of the late Eocene Florissant lake from diatom and sedimentary evidence at Clare’s Quarry, Teller County, Colorado, USA

Chronology with a pinch of salt: Integrated stratigraphy of Messinian evaporites in the deep Eastern Mediterranean reveals long-lasting halite deposition during Atlantic connectivity

Biodiversity of diatoms in the Karaj River in the Central Alborz, Iran

Evidence for dispersal and habitat controls on pond diatom communities from the McMurdo Sound Region of Antarctica (vol 39, pg 2457, 2016)

I help teach Ecology and Systematics of Diatoms, an intensive summer field course for advanced undergraduates and graduate students using diatoms in their research. The course is held at the Iowa Lakeside Laboratory.