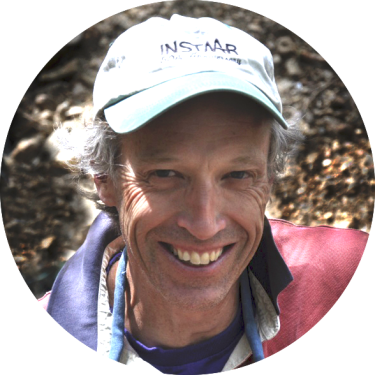 I am a geomorphologist interested in the evolution of landscapes, with particular emphasis on alpine landscapes. 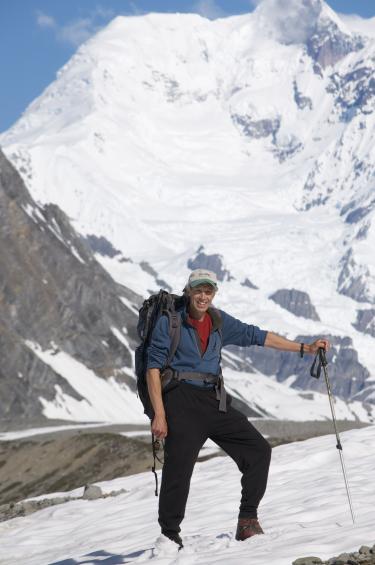 I focus on processes, including glacial, coastal and fluvial erosion of bedrock. I employ cosmogenic radionuclides to constrain rates and timing in the landscape, field studies to document the specific processes acting, and numerical modeling to knit it all together.

My research focuses on the processes operating at the Earth's surface and the landforms that result. Although I am interested in the entire spectrum of earth-surface processes, my most recent work focuses on the roles of glaciers in modifying large scale landscapes, and on the evolution of hillslopes that acknowledges the roles of climate and of rock type.

In most cases, the research projects involve both field (mapping and instrumentation) and computer modeling exercises. The present power of computing, the sophistication and miniaturization of modern field instrumentation, the increase in the availability of digital topography and of detailed paleoclimate records makes such efforts more likely to succeed now than in any time in the past. In addition, I use cosmogenic radionuclides to document the rates of landscape evolution over long time scales.

CU graduate student Mauren Berlin has launched her PhD research on the Roan Plateau of western Colorado, into which many tens of waterfalls have bitten. These were presumably cast off from the Colorado River in a pulse of late Cenozoic incision. The site is wonderful for this sort of natural experiment, as all these knickpoints exist in the same Eocene stratigraphy, and the small scale of the landscape assures that the climate is uniform. In this study we focus on not only the positions of these many knickpoints, but on the processes of waterfall retreat and subsequent cliff recession in the valleys, and the presumably very much lower rate of landscape lowering on the top of the Roan Plateau itself. In the adjacent Book Cliffs in the Cretaceous sandstones, Dylan Ward is modeling the pattern of erosion incited by incision of small streams, and is documenting the rate of cliff recession using cosmogenic radionuclides.

In the late 1990s, Anderson and his graduate students, in particular Kelly MacGregor and Catherine Riihimaki (with significant help from others), began to explore the evolution of higher mountain masses in the face of glaciation. Working on the small Bench glacier near Valdez, Alaska, they documented the meteorological forcing of the glacier, the glaciological response, and the sediment output as a means of constraining the erosion occurring at the bed of the glacier. The target here is understanding of the evolution of the long valley profile in the face of glaciation, which includes the generation of cirques, hanging valleys and fjords. The field work and in particular the detailed evolution of the glacier surface speed field over the summer season, has pointed toward the need to understand the glacial plumbing system and its summer evolution. We demonstrated the great utility of GPS monuments on the glacier itself in documenting the sliding hisotry over a melt season.

This project included modeling the evolution of glacial valley longitudinal profiles. Using a 1D numerical model, we showed that the flattening of glacial valleys is expected, and that the hanging of tributary valleys and the steps in trunk valley floors are straight-forward consequences of tributary systems. This modeling work has now moved into 2D glacial models, in which we simulate the evolution of glaciers on real landscapes (e.g., Yosemite, Kings Canyon, Uintas, Colorado Front Range, San Juans, Colorado [see ...instaar/rmnp page for examples]). The target here is several-fold. First, we wish to determine the climate scenario that allows a best match of the glacial footprint to the existing LGM moraine and trimline data. Second, once we have assured ourselves that the model works well, we will drive glacial histories with ELA histories, and allow the landscape to evolve in the fac e of subglacial erosion. The erosional output from the glacial will be fed to a fluvial model to allow proper coupling of glacial and fluvial systems. This effort has been augmented by analytic work on glacial erosion in which we explain the essential features of glacial long valley profiles using simplifying assumptions of quasi-steady glacial conditions and eroison proportional to ice discharge.

recent work: With CU graduate student Dylan Ward, I am attempting to determine the roles of glaciers in setting the very high relief in the Alaska range and other very high mountain masses of the world. Zack Guido is documenting the ages of moraines and adjacent river terraces in the Animas outlet glacier form the ice cap that occupied the centrak San Juans in the LGM. He is also exploring the degree to which the glacially polished bedrock of the glacial valley itself has been eroded during the last glacial cycle, using the degree to which cosmogenic radionuclides were reset.

Late Cenozoic landscape evolution of Laramide province
Another project just completed focused on the late Cenozoic evolution of the Laramide Ranges and adjoining basins in the western US. This project involved graduate student Catherine Riihimaki, and is collaborative with Liz Safran at Lewis and Clark College. Particular problems treated included the evolution of the smooth high surfaces on the shoulders and peaks of these ranges; the river and glacial profiles that incise the subsummit surfaces; and the timing of and processes involved in the exhumation of the Tertiary sediment-filled basins. The large remaining issue is the cause of the late Cenozoic exhimationof teh Great Plains and other basins adjacent to the Laramide Ranges. This remains a target of our investigation in this region.
Biological factors
Finally, former graduate student Mike Loso began tackling the thorny issue of the role of biology in modulating surface processes. He is thinking about how one might incorporate the role of rodents in transporting sediment on hillslopes, while being faithful to the elements of ecology such as where the animals prefer to live, their subterranean digging patterns, the role of predators in digging out their dens, and so on. We have now developed models of landscape evolution in the face of non-uniform occupation of the landscape by rodents.

I intend to continue work in these areas, in all cases focusing on the application of knowledge of these physical systems to an understanding of both the resultant landforms and the geological record.

The Causes of Debris-Covered Glacier Thinning: Evidence for the Importance of Ice Dynamics From Kennicott Glacier, Alaska

Toward Entrainment Thresholds in Fluvial Plucking

Quasi-Steady Evolution of Hillslopes in Layered Landscapes: An Analytic Approach

Present and past glaciation on Pluto

"Hillslopes of Colorado’s Front Range:  From frost to trees to gophers to boulders", Potsdam, Germany, January 10, 2017

"Evolution of the Colorado Front Range and the relevance of the 2013 storm", Phi Beta Kappa of Colorado, November 12, 2016

"Glaciers and glacial landscapes: from natural to numerical experiments", U. Texas Austin February 2012

"Of ice-water interactions in Arctic and alpine landscapes: Rapid Arctic coastline erosion and the sliding of glaciers", Caltech January 2011